Consumers watching Channel 4's "We're the superhumans" ad promoting its Paralympics coverage would be forgiven for mistaking the Olympics as little more than the warm-up act to the Paralympic Games.

However, the glow of London 2012 has failed to translate into a substantial increase in marketing investment, prompting the question: why are brands still on the sidelines?

Former London 2012 marketer Greg Nugent, who launched the "#filltheseats" campaign to fill the Paralympic stadiums with Brazilian children, says that while brands such as Allianz and Sainsbury’s have grasped the opportunity afforded by the Paralympics, top International Olympic Committee partners have been slow to engage.

Nugent believes marketing investment in the Paralympics will achieve parity with the Olympics in a decade. He explains: "There is a truth to Paralympians and they inspire us more – their stories connect. Now the world has caught on, and will tune in, the value will rocket."

From a broadcasting perspective, the world will have a greater opportunity than ever to watch the Games. According to the IPC, there has been a 30% increase in territories showing the tournament, which will reach a cumulative global audience of four billion for the first time.

Alexis Schaefer, commercial and marketing director at the IPC, believes there is a growing and underutilised marketing value for the Games.

In the UK, sponsorship experts say that, despite ParalympicsGB’s drive to boost investment, there are still many big-name Paralympic athletes who do not have the commercial support they need.

However, pioneering brands such as Sainsbury’s, which became the first sole sponsor of the Paralympics in 2010, say the investment has already exceeded expectations. Pete Ward, Sainsbury’s sponsorship manager, attributes the success of the partnership to the fact that it’s "based on mutual values". Ward believes the partnership represents a "sweet spot to be in" for the brand: "Having spoken with athletes and the British Paralympic Association, I know that it’s about getting the message of the Paralympics out there, and we’re able to do that while also helping our customers get behind the team." 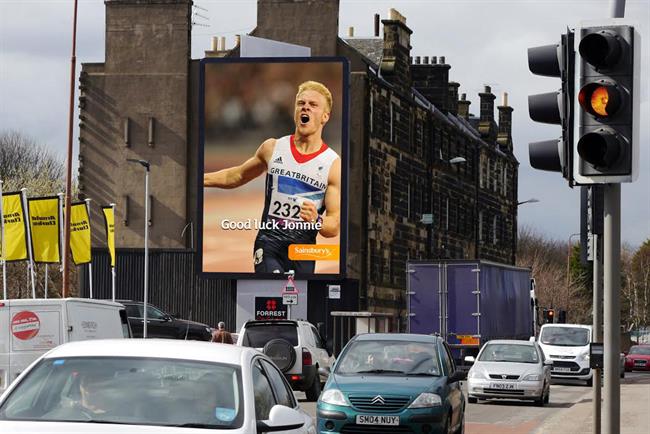 The Paralympic movement also has its own marketing job to do. Tim Hollingsworth, chief executive of the BPA, says the competition is being refocused as a "unique sporting property". He suggests that, as well as the excitement of field performance and the pride that comes from getting behind your team, the contest offers brands the chance to make a social impact: "Brands and their staff and supporters can feel the benefit from both the traditional sporting association but also a genuine ability to be transformational in attitudes to disability."

This has been a key marketing focus for Dan Brooke, chief marketing and communications officer at Channel 4, who urges brands not to fear jumping in or being seen as cynical by consumers by investing in the Games. He says: "The Paralympics have had a profound impact on public attitudes to disability in the UK and, for companies with a commitment to diversity within their organisations, it is a fantastic launchpad."

However, according to Crow, the Paralympics can still be "a difficult territory for brands". He says: "The obvious route is human stories; but Paralympians want to be seen as elite athletes, not defined by disability."

Although, as Synergy’s "Man and machine" work with BMW and wheelchair athlete David Weir shows, there is rich territory for brands when the possibilities of technology and athletic skill collide.

But while science and technology are helping to create super-athletes, it is human endeavour and determination that have forged the careers of these "super-humans" – and marketers underestimate the value they afford.