Toyota aired 2,494 ads last week, while Allegra, IT Cosmetics and Geico made a comeback.

Last week, from March 26 to April 2, Bayer finally dropped to second place after broadcasting the most ads for three weeks in a row. Toyota switched places with Bayer, taking first place last week for airing 2,494 ads across ABC, CBS, Fox and NBC. GSK came in third, followed by Honda and Nissan. And Allegra, IT Cosmetics and Geico made return appearances. 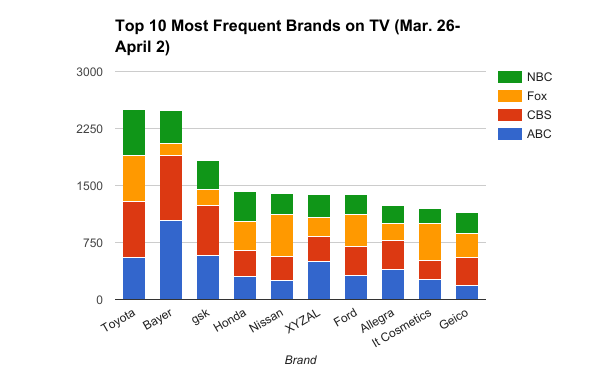 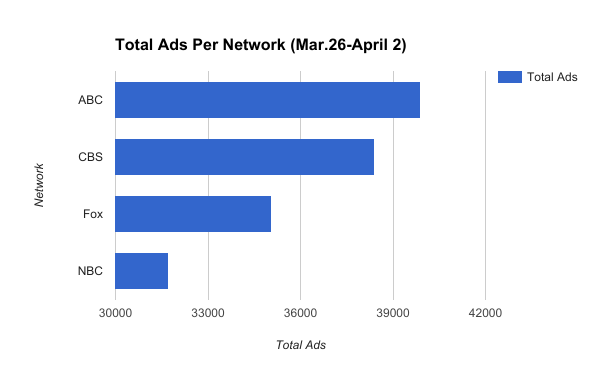 The 'death of TV' may be further off than many think