Bayer took the top spot for the third week in a row.

Bayer once again topped TVTY's charts of brands that ran the most ads across the top four networks: ABC, NBC, CBS and Fox. In fact, last week was the third week in a row that the brand took first place. Toyota and Boost Mobile also held the same spots last week.

ABC has also continued in its ad dominance. For the fourth week in a row, it earned the top spot. And for the second week in a row, CBS followed close behind. 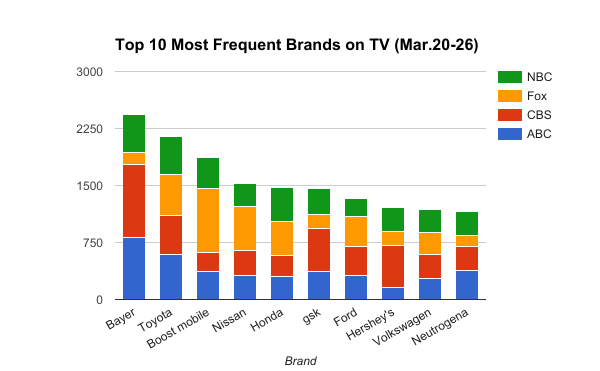