Apps were supposed be the future of mobile advertising, but too many useless, self-serving efforts are once again killing the golden goose

In March 2013, the Harvard Business Review published an article all but declaring the death of mobile ads, advising marketers to direct their budgets instead toward the thriving world of apps.

"The best way for marketers to communicate through mobile will be with apps," the article read. Among the data it cited as evidence: consumers typically download about 40 apps to their phone, and spend about 82% of their mobile time with apps, compared to just 18% with web browsers.

Clearly, apps will emerge as "the best way to win the hearts and minds of mobile consumers," the article continued.

It was hardly the first article to declare apps the next big thing for advertisers. What’s surprising, given recent news, was that it also wasn’t the last. In April, an Entrepreneur article said brands need apps as much as they need websites; Oracle still claims that branded apps drive customer experience; and a Tech.Co article from earlier this month bears the curious headline, "Mobile apps are more important than ever in business."

But the numbers no longer support the hype. Americans now download less than a single app per month, according to ComScore’s 2014 U.S. Mobile App Report, and the 2015 report found that users spend four out of five smartphone minutes in their top three apps alone. In May, downloads of popular apps like WhatsApp, Facebook Messenger and Instagram saw a 20% decline in downloads compared to last year. The only apps that didn’t see a decrease were Snapchat and Uber, according to research from Nomura as reported by Re/Code.

Cue the maelstrom of stories portending the Death of Apps.

Clearly, the enthusiasm for apps has waned, and many of the people who once pushed brands to develop their own apps are now singing a different tune. Perhaps, they say, the ad industry was once again a bit too eager to leap at the shiny, new thing.

"There was a bit of a gold rush," said Michael Lebowitz, founder and CEO of Big Spaceship. "Anything that could be an app, was an app, and that is dying out as people realize they won’t get anywhere doing it."

Who killed the apps?
There are, of course, countless reasons that app downloads have slowed to a crawl, from data restrictions to limited phone space to simple fatigue. "I think the novelty of the app itself has worn off," wrote Walt Mossberg earlier this month. "We’ve reached peak app."

But part of the blame surely goes to the glut of useless apps now clogging up the app store. And to that end, brands must accept some responsibility.

Among the 4.7 million apps in leading app stores, there are thousands of branded apps that seem designed to benefit no one but the brand, despite clear evidence that utility is what consumers are looking for. "Brands and advertisers produce apps that don’t solve real product problems, and that don’t have value in mind," said Stephen Clements, co-founder of design and technology company Junior. This is an endemic problem for advertisers, he noted, who historically have worried less about providing utility than simply getting noticed. 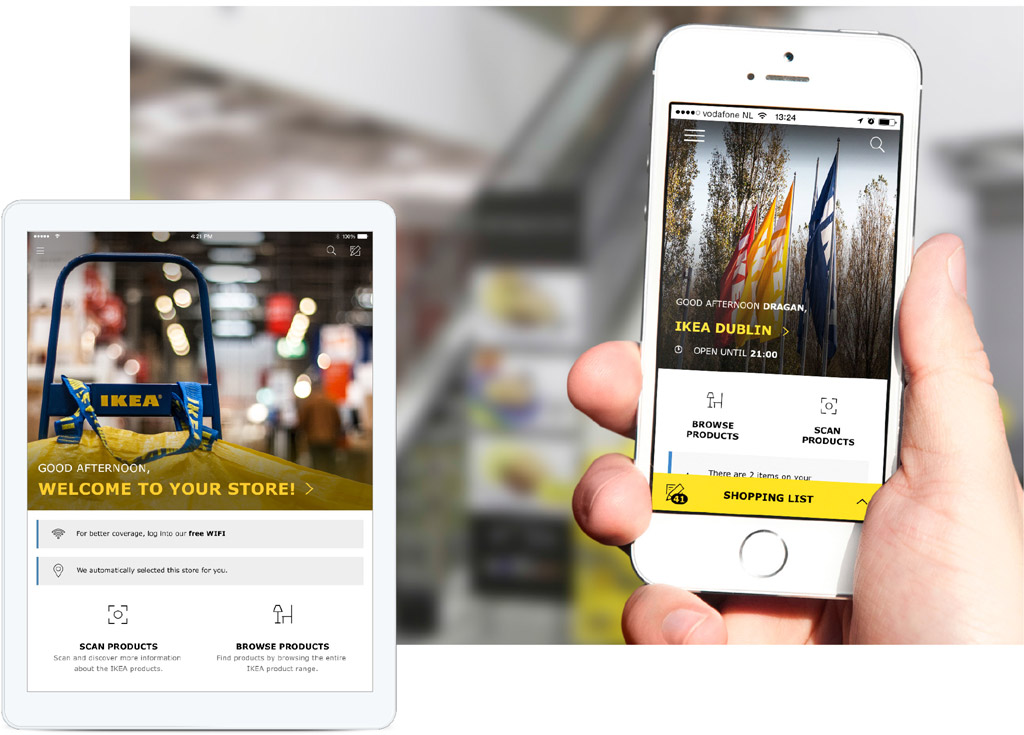 There’s a reason, for example, the IKEA Store app has only two stars in the Apple app store: Users can’t actually buy anything with it. The app only allows users to see what products are in stock, something more easily done on the company’s website.

Other examples of useless apps are everywhere. There’s even a Tumblr dedicated to calling out branded "crap apps." The Tumblr doesn’t discriminate — small and large brands are equally represented. 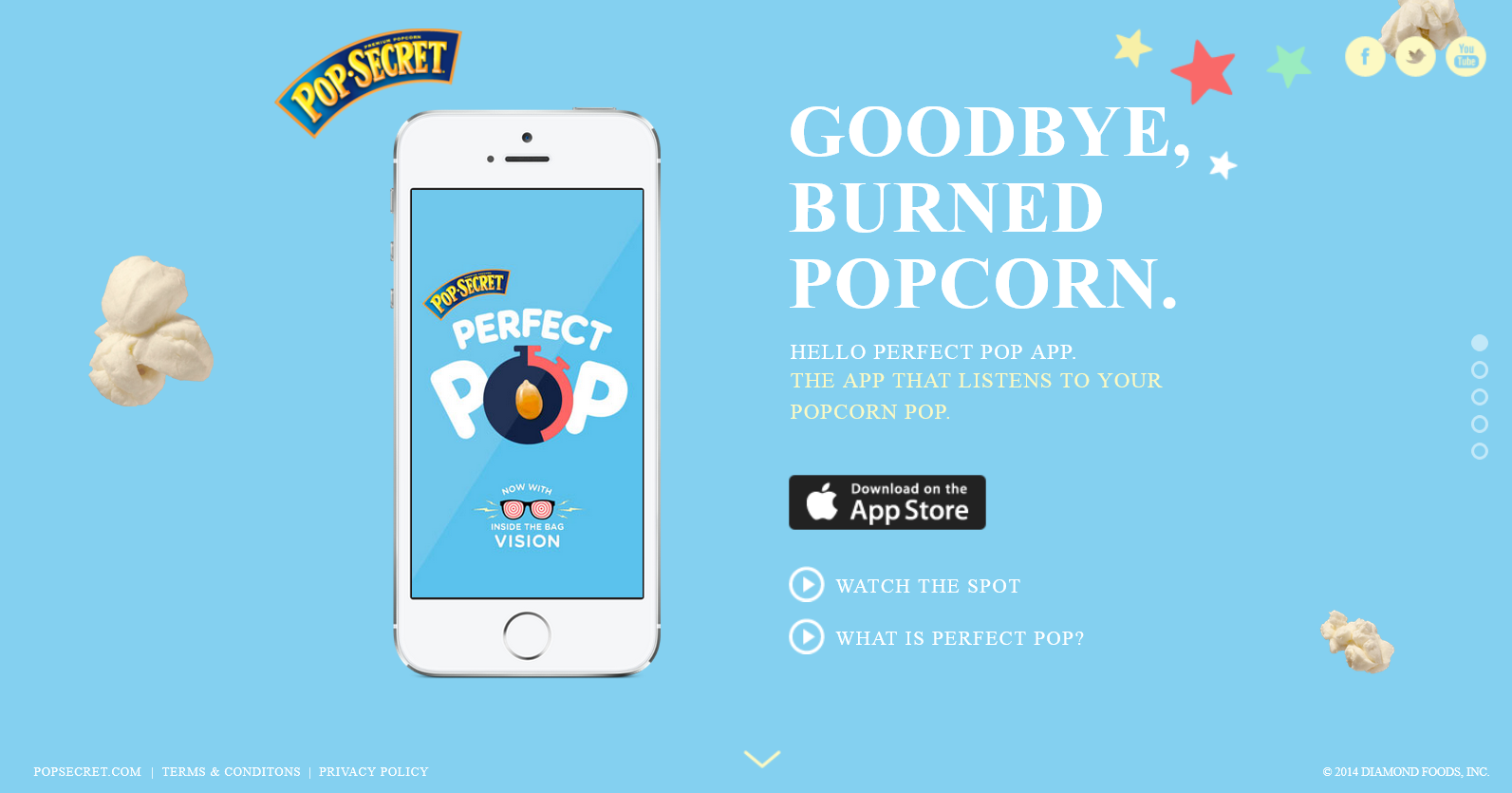 One notable app on the list is Pop Secret’s Perfect Pop, which others have pointed to as an example of a solution in search of a problem. It’s purpose is to keep popcorn from burning — it listens to popcorn in the microwave and alerts the user when it’s ready. Cute, but hardly a major life problem crying out for a fix. Coca-Cola is also a dominating presence on the list. The brand currently has more than 30 iterations of apps in the Apple App Store, all carrying fewer than 25 reviews.

David Hewitt, VP of mobile practices at SapientNitro, said he has seen a lot of clients with apps that simply "don’t make sense," representing a huge waste of the client’s time and effort. Also, too many brands have created and then swiftly forgotten about apps, failing to provide the upkeep that any piece of software requires. "If you’re not thinking about caring for the baby you just created," said Hewitt, "then naturally it’s going to starve on the line. We do see those dollars wasted."

And those dollars can quickly add up. While the cost of developing an app varies, it’s generally expensive. "We've built applications that start in the low thousands to applications that have cost upwards in the millions," said Adam Leonard, co-founder of developer shop Unicorn, which has built apps for Samsung (in collaboration with Big Spaceship), Comcast and Chase, among other clients.

There is evidence these apps take a toll on brands in less obvious ways. A January 2015 global survey from Dimensional Research and HP found that 69% of the 3,011 participants said issues with branded apps caused them to have a lower opinion of the brand.

The branded apps that remain
While it’s true that app downloads are declining overall, there are still those successful branded apps that continue to see downloads. And nearly every one of them somehow makes life easier for the user. "There are ones people still use because they have unique offerings," said Melina Ex, managing director of global mobile-first agency Fetch, part of the Dentsu Aegis Network.

The Taco Bell app, for instance, hasn’t seen a decline in downloads for its mobile-ordering app, according to a spokesman for the brand. Launched in October 2014, the app — which allows users to place and pay for orders from their phones — has so far received 5.5 million downloads, the company said.

Starbucks’ mobile app, which also lets customers order and pay from their phone, accounted for 10% of all orders at the chain’s busiest stores in the second quarter of 2016.  Indeed, every one of the top 25 apps in ComScore’s 2015 US Mobile App Report — which includes branded and non-branded apps — provides some sort of service.

Big Spaceship’s Lebowitz uses the Under Armour app every day to map his runs. "It ties to real-world behaviors and returns tremendous value back to the users," he said.

For any app to succeed, "it needs to own a verb like search, call or message, and that verb has to fill the needs of people’s lives," said Will Hall, executive creative director at Rain.  "People are not going to have an app for every brand in their closet unless they serve a purpose."

The future of apps: Consolidation into chatbots
Given the decline of the standalone app, brands are increasingly being advised to integrate themselves into existing platforms. "Rather than build an app and build an audience around that, why on Earth aren’t we making compelling stuff where we already have attention?" said Hall. "People are in these platforms — you look around any office, people are on Snapchat and Instagram all day."

In 2016, that can only mean one thing: chatbots. Otherwise known as virtual assistants, these bots are having a moment as the engagement tech du jour. Brands like 1-800-Flowers, Sephora and Taco Bell, and news outlets like NBC, the New York Times and The Weather Channel are already testing out chatbots in messaging apps Kik, LINE and Facebook Messenger. In March, Microsoft announced that Skype, Outlook and LINE were open for bot business as well.

Meanwhile, messaging apps WeChat and WhatsApp have already evolved overseas. WeChat, for instance, has partnered with brands to let users order a taxi, book a hotel and even donate to a charity. Already, 65% of consumers have communicated with businesses on chat apps, according to a global study conducted by the Mobile Ecosystem Forum (MEF) at the end of June.

Taco Bell, for one, is investing heavily in the chatbot zeitgeist. Like its app, the "Taco Bot" lets users order tacos virtually, except it lives inside collaboration app Slack. "Taco Bot was born and tested as an innovative entry into conversational commerce for Taco Bell, providing another destination for our fans to experience the brand on their terms," said the spokesman.

Lebowitz believes the consolidation of apps into messaging apps is "inevitable" in an industry that always drives for innovation. "The user experience will always trend over time toward being as frictionless as possible if we’re given options," he said.

Of course, there are risks. If brands decide to consolidate their apps into chatbots, they could be losing their autonomy over how they reach consumers. "You can argue in the long run that marketing and advertising will become much more about affiliate partnerships than it would with basic consumer marketing," said Hewitt. "It’s almost like you want to pay to have a bigger ad in the phone book, but it’s like that phone book is one step away from the consumer interaction point."

And there is always the very real possibility that the chatbot craze is simply the latest gold rush. "My fear is that they take that same methodology and go, ‘Apps aren’t cool anymore,’" Hewitt said, "and waste efforts on whatever is new and try that out."

The 3 biggest misconceptions about in-app advertising

Venmo helps friends "pony up" and split the bill

50 first dates: Why digital marketing is so bad

How Pokémon Go is taking social by storm

:-) or :-(? How brands used #WorldEmojiDay to promote their messages