Marketers and agencies are naturally drawn to trying to emulate the success of vloggers and social-media stars, but to do so risks diminishing creative quality

Helen has a PhD in marketing, an MBA from London Business School and is a partner at Passionbrand. She is a former PPA business columnist of the year

More from Helen and our Thinkers

For the past 10 years, marketers have observed the runaway popularity of amateur content and drawn all the wrong conclusions. Chief among them is the delusion that brands can join the party, uploading their own content onto social-media platforms and expecting consumers to flock to it in their hordes.

You can see how the delusion came about. What started with gamers, vlogging their way to multibillion views with play-by-play narration of video games, spread to enthusiastic amateurs in all niches of life, sharing tips on make-up, food, fashion, homes, travel, fitness and kids in low-budget video tutorials.

This is the ‘everyday-life’ heartland where most brands reside. If lone vloggers could attract 4m or 5m viewers keen to learn how to do Dutch plaits or make French fancies, why shouldn’t brands, with their greater resources, get a share of that action?

Well, there’s a pretty obvious answer to that: the vloggers aren’t trying to sell stuff. Brands have forgotten that this simple difference all but disqualifies them from crossing the editorial divide.

The vaunted ‘permission’ that consumers were supposed to give content marketing has proved illusory. In a recent Harvard Business Review article, Douglas Holt observed that "in YouTube or Instagram rankings of channels by number of subscribers, corporate brands barely appear. Only three have cracked the YouTube Top 500".

Holt cites Coke as a cautionary tale. The brand announced its ‘Liquid & Linked content excellence’ strategy in 2011, with a view to "capturing a disproportionate share of popular culture". Yet its Coca-Cola Journey ‘digital magazine’ finds itself outside the top 20,000 sites.

Other big beasts, such as McDonald’s and L’Oréal, have fared little better. Will they phase out branded content in favour of a renewed focus on cut-through, interruptive communications?

Perhaps. They should be aware, though, of a more insidious influence that they and their agencies have imbibed during their decade at the watering holes of social media: low-level creative ambition.

Even the most successful vloggers tend to play it straight and simple. Few break free from to-camera presentation, with jump-cuts and sped-up motion to keep the video moving, all to a forgettable track. There are occasional gimmicks – like the Japanese cooking channel with a dog that talks you through the recipes – but nothing that comes close to ‘breakthrough’ originality.

Marketers and creative teams have spent so long poring over the phenomenon of amateur content that their creative thermostats can only have become set lower. They will need to set them back to Guinness ‘Surfer’ or British Airways ‘Manhattan’ levels if they are to make up for lost time.

In this they will be impeded by another pervasive norm that’s drifted in from the YouTuber world: a kind of touchy-feely reluctance to criticise. Along with the unremarkable niceness of the content, vloggers have woven a culture in which mutual support is expected and given.

Whether consciously or not, the marketing industry has adopted this ‘creative commons’ idealism and the ‘let’s build on that’ language of collaboration that comes with it.

It is natural to seek to learn from success, but the conclusion to draw from the rise of amateur content is not that of emulation.

Yet the very best creative work, the kind that sent shivers down your spine, rarely seemed to happen like that. It emerged from a fiery pit in which egos and talent smashed pitilessly into one another. Build? It was often a case of "Not only will I not build on that idea of yours, I will raze it and erect my own palace of an idea and you can bloody well try to build on that." Now it’s become politically incorrect simply to say: "It’s not very good, is it?"

It is natural to seek to learn from success, but the conclusion to draw from the rise of amateur content is not that of emulation.

What the vloggers have going for them is objectivity, usefulness and contagious charm, which is enough in a low-resistance arena.

What marketers have going for them is access to some of the most talented creative people in the world, practised in the spectacularly difficult art of making people look up in amazement, and come in for seduction, when every fibre of their being is telling them ’don’t’.

That creative talent needs to reassert itself, and leave the tepid unoriginality of the vloggersphere behind. 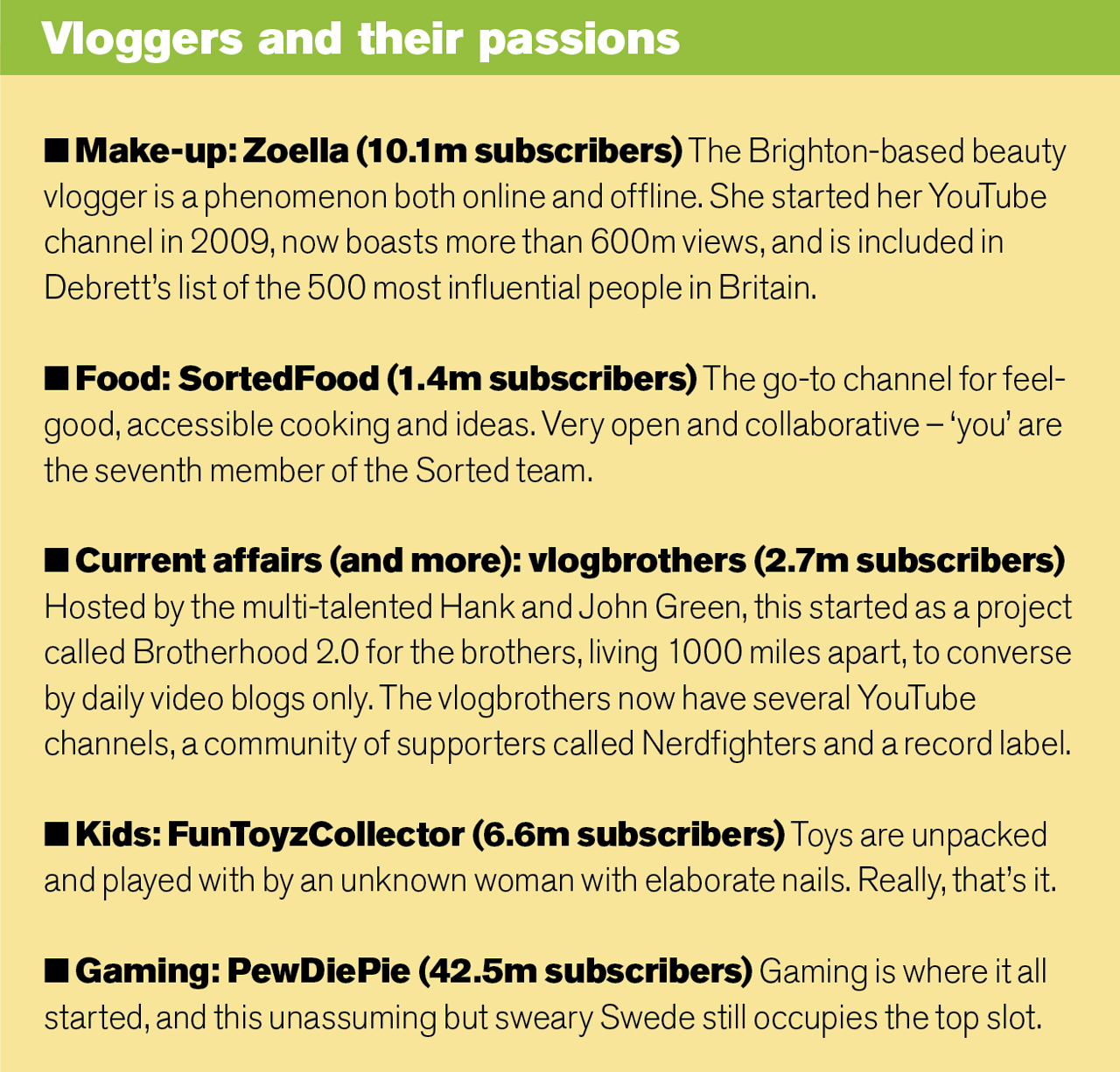 Is the role of the celebrity (in advertising) dead?

Real passion is unglamorous and painful

Mary Portas: creativity is about finding a brand's essence and expressing it in a powerful way

The rest of the world is speaking a new language