"Brands have the power to transform a transactional relationship into a declaration of values, and that's a powerful thing to offer consumers."

Brands which have been brave enough to stand up for its beliefs in this turbulent political climate have grown their equity, new data from Y&R’s research arm, BAVSocial, shows.

However, imperative to this success is an authentic execution, such as Nike’s latest campaign in which the brand stood its ground in support of Colin Kaepernick amidst a heated controversy over police brutality and racism. Dick’s Sporting Goods also scored some serious points when it highlighted the value of people over guns when they stopped selling rifles earlier this year.

"Brands have the resources to effect change. So increasingly we see brands entering the political arena to spark dialogue and, hopefully, drive advocacy," said Kyle Boots, director of brand and social analytics at Y&R and BAV Group. 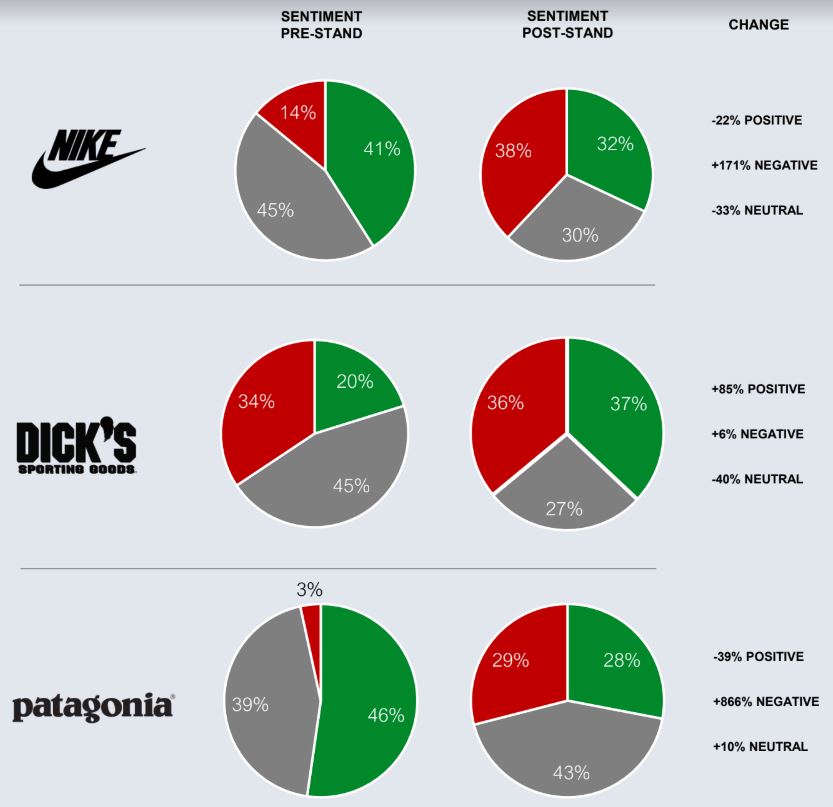 "In this way, brands have the power to transform a transactional relationship into a declaration of values, and that’s a powerful thing to offer consumers."

Brands see a roughly equal distribution between positive and negative sentiment post-stand, indicating that there’s an equal polar discourse in online conversation during the time of resistance.

This is a good thing, because both Nike and Dick’s garnered more respect online during their stand through a decrease in neutral sentiment and an increase in negative sentiment. In the wake of their political stands, there’s more support for both brands than boycott-focused conversation. 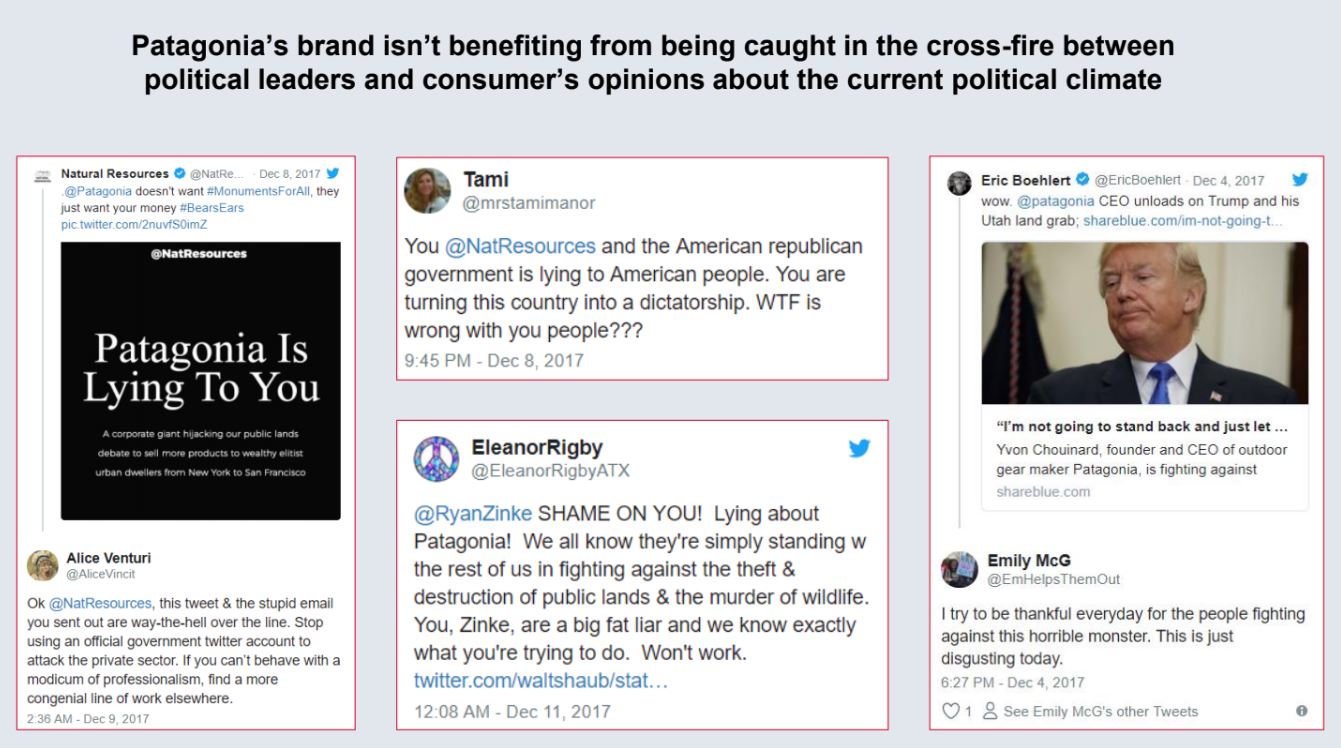 "We’ve been trained to think of negative sentiment as evidence of brand decline," continued Boots. "But it’s not that simple. Healthy discourse can be a crucial ingredient of brand development."

Nike and Dick’s political positioning works because of how it’s been executed. Brands flirt with value suicide if they enter the space unprepared. Patagonia, for example, isn’t benefiting from being caught in the cross-fire between political leaders and consumers’ opinions about the current political climate after owner Yvon Chouinard took a very personal stance against Donald Trump.

BAVSocial’s research found that brands must consider the context in which their political stance will be mentioned; personal attacks will obscure brand values and purpose, dragging it into a fruitless back and forth.

Brands should not just focus on positive sentiment, according to BAVSocial. Negative commentary can awaken brand superfans, encouraging them to participate in the conversation and leap to its defense. This charged advocacy is more valuable than positive mentions alone. In fact, the research shows that neutral sentiment has a greater connection to brand fatigue than negative sentiment.

Boots added: "Of course, the risk of taking a strong political stance can be great. Two questions marketers should ask themselves: One; is this issue core to my brand’s beliefs and something consumers would interpret as authentic? Two; beyond visibility, what do we hope to accomplish?

"Brands need to earn the right to participate in a cultural conversation if they expect to be rewarded for their bravery. Nike and Dick’s have garnered significant support because their beliefs and how they communicate them align with their brand promise. It wasn’t just about grabbing a headline."