MTV, PepsiCo., DDB Worldwide rallied support around women and expressed gratitude to those in their own companies.

International Women’s Day on Wednesday began with a curious twist: The Statue of Liberty mysteriously went dark for over an hour, with only her crown and torch staying illuminated. If it was a marketing stunt, the culprit has yet to take credit.

Brands and agencies on social are being less secretive, expressing their support for the holiday with as much enthusiam as 140 characters can handle.

Some are showing their support for the movement using hashtags #BeBoldForChange or #IWD2017. Others are encouraging a strike known as "A Day Without A Woman," promoted by the same women behind The Women’s March, that aims to show the world just how much women contribute by witholding them for one day.

For instance, Goodby, Silverstein & Partners gave their staff—which is 50 percent women—the day off. Subsequently, everything on the agency’s website fade away to read, "A day without women is a day without creativity." And on Twitter, the agency shared that it lit up its San Francisco headquarters with red lights.

A day without women is a day without creativity. @GSP stands with women on this historic day. #ADayWithoutAWoman #BeBoldForChange pic.twitter.com/QUUma3av8f

Here are other ways brands and agencies are embracing #IWD2017 and #ADayWithoutAWoman. The list will be updated throughout the day. 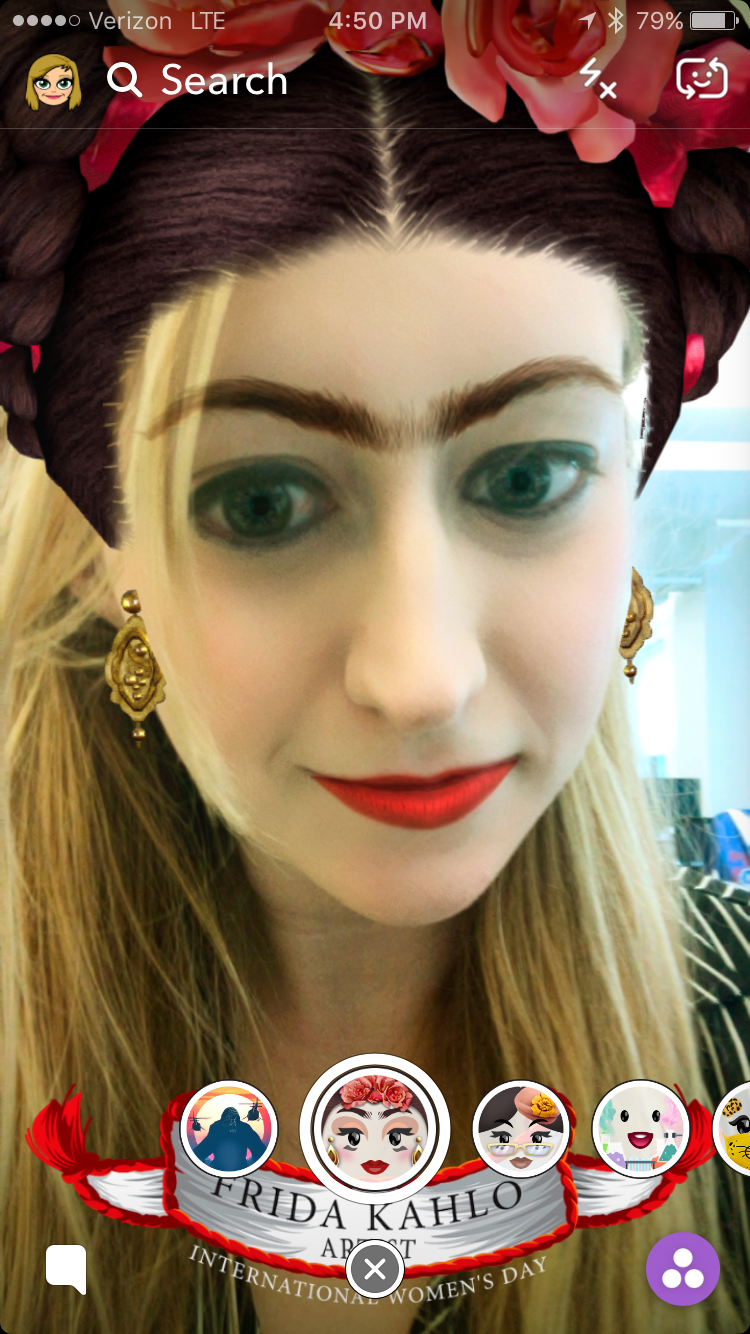 YouTube
In a new campaign called #HerVoiceIsMyVoice, YouTube celebrates women who have used their voices to share their inspiring stories. A 1:27 video highlights women like Ellen DeGeneres, Malala Yousafzai and YouTuber Lilly Singh. The platform encourages viewers to share a videos of women who speak to them.

Tumblr
Tumblr is embracing women's right to strike with stories of leaders like Dorothy Height, Marsha P. Johnson and Alice Paul who have led movements that impacted change.

MTV
MTV is encouraging women, including its own employees, to strike for A Day Without A Woman. In a post on Medium, the brand says to wear red, not to spend money at stores, not to do any unpaid labor and strike from their jobs or school. Throughout the day, MTV is posting photos of famous women, but with the women cut out of the photos, asking where the world would be without them. To further show its solidarity with the strike, any responses to the photos will receive one message—that the women who run the account are on strike and will not reply.

What would we do without incredible women like Rosa Parks? #DayWithoutAWoman pic.twitter.com/1IUTZ48a49

A woman runs this account & she’s striking today. All posts have been scheduled. Find out more at https://t.co/ptJV1j1hF6 #DayWithoutAWoman pic.twitter.com/0ebDR46MLb

PepsiCo.
PepsiCo. is a partner of International Women’s Day and had employees pledge to #BeBoldForChange. On LinkedIn, the company is sharing stories of women in leadership roles and how they plan on mentoring other women at the company. 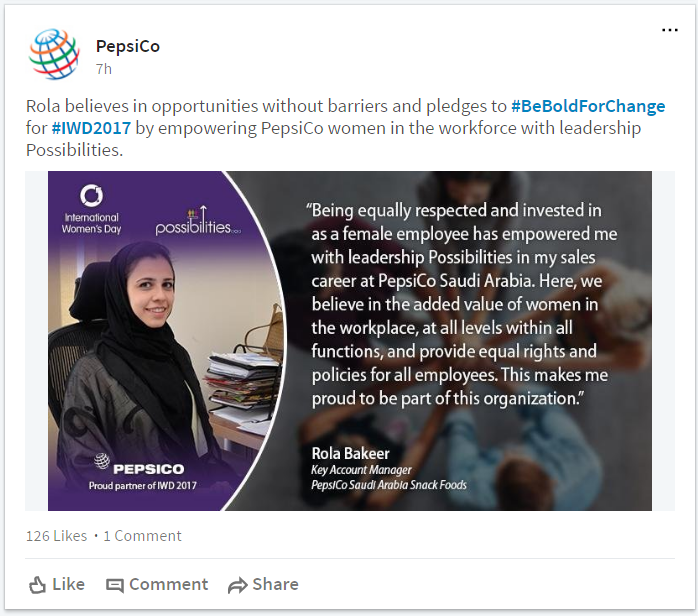 Happy #InternationalWomensDay! Today, and every day, we embrace & nurture all talent. Read the blog: https://t.co/3RSSNBi8zv pic.twitter.com/JZWHArmUXW

Keds
The brand partnered with Refinery29 for an event to raise money for nonprofit She Should Run, which works to eliminate barriers for women who are running for office. Beginning at noon in New York City at Tictail Market, the brand has invited artist Jen Mussari to paint personalized Keds for guests. Refinery29 will reveal a mural that celebrates strong women.

They are encouraging attendees to share their photos and videos from the event on social using the hashtags #BeBoldForChange and #IWD2017.

Reebok
Reebok created a 1:50 video that honors the females behind the brand for International Women’s Day. The film was conceived, filmed, produced and edited by women, and has been shared across the brand’s social channels.

Be inspired to follow your heart on #InternationalWomensDay with Disney Princess. pic.twitter.com/8u3R4K6yi4

Dreamworks Animation
The animation studios interviewed its top talent about what the day means to them.

DDB
DDB has brought together its offices around the world to honor Phyllis Robinson, the first female copy chief in US history. For today, the agency will be known as DDB&R, replacing signs on its office doors and posting examples of Robinson’s work. The agency is also encouraging conversation on Twitter with the hashtag #DDBandR.

"To the countless women who continue to work incredibly hard for the agency she helped to build," writes the agency on its website, "here’s to having your name on the door one day."

Interbrand
To #BeBoldForChange, Interbrand created a 47-second video to inspire the industry and reignite its own community. The agency is also sharing stories of women at the agency.

See the most heartwarming Father's Day ads of 2017

State Street CMO: Banking needs to stop talking about itself

How Cannes is opening the door to women in creative

Watch: Kate Stanners on how to get more female creatives in advertising

Goodby erases women's work from website for 'Day Without a Woman'