The need to think of social media as the responsibility of the entire company, rather than merely the domain of marketing, was a key theme of the BrandMAX 2012 summit

Any marketing conference hosted on the same day that Facebook reached the milestone of 1bn users worldwide was bound to have social media and data as its twin preoccupations. So it was with BrandMAX 2012, Marketing's annual gathering of senior industry leaders, held last week. 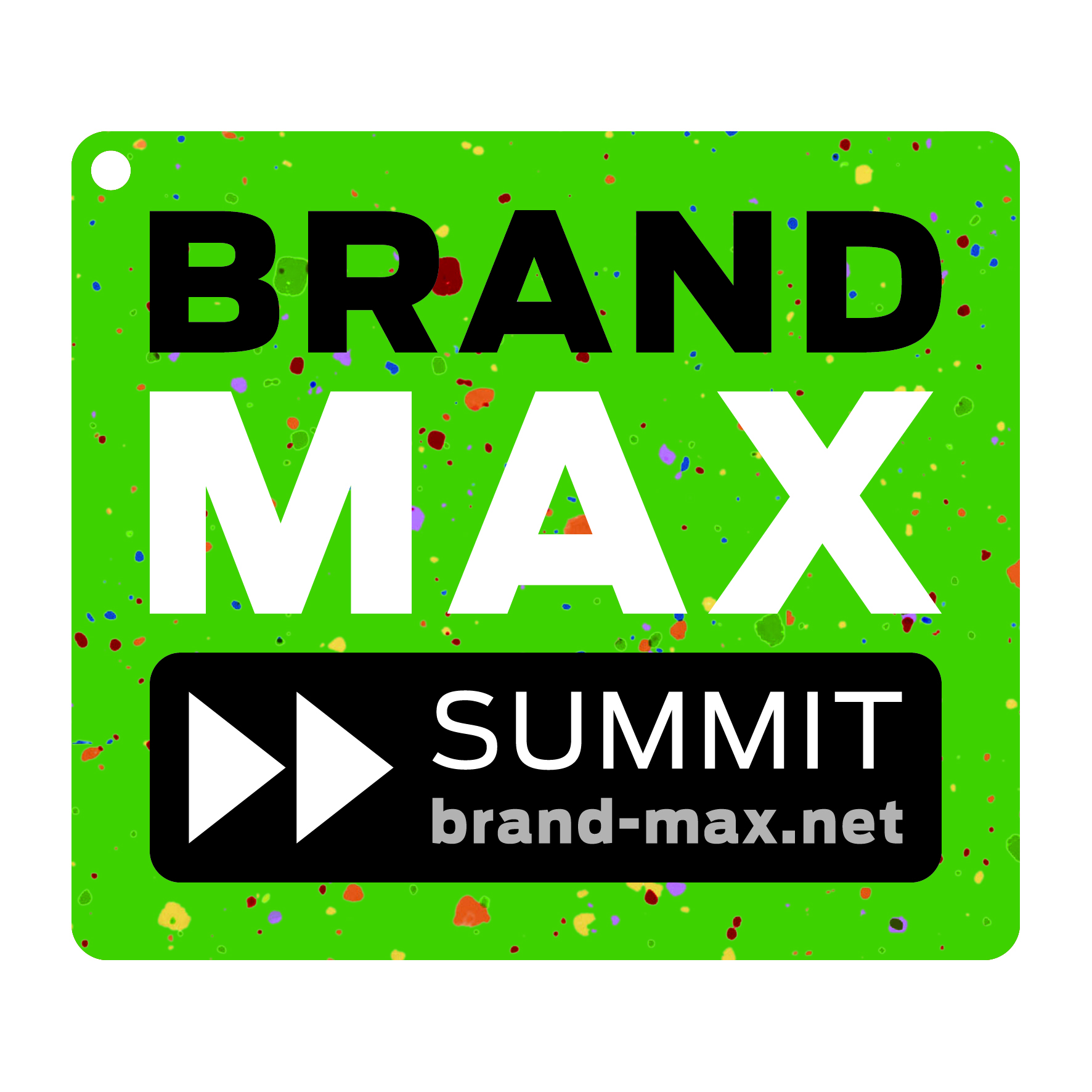 The tone was set by Piers North, conference chair and head of strategy at Yahoo! UK, who said that brands must execute an 'always on' strategy to better engage with consumers. Speaker after speaker argued that in meeting this demand, 'custody' of the customer is moving beyond the realm of marketing, and across the wider business.

It was a day when the accepted wisdoms of mass marketing, social media, targeting, advertising as content and the future role of the marketer were firmly put to the test.

Can brands be too forensic about social?

'Big data' is not an end in itself

The sticking point in all this is social media, or, as O2's head of social Alex Pearmain called it, marketing's 'glue'. It was a topic that loomed even larger at this year's BrandMAX than it did at the inaugural event 12 months ago.

Below are some key talking points from the summit:

1. Social media: it's a business tool, not just a marketing one

Savvy brands, delegates heard, have progressed from viewing social media as a marketing tool, and are instead integrating it across their entire business, to benefit from its transformative power.

Ben Padley, global digital engagement director at Barclaycard, urged marketers to move on from thinking of social media as a marketing and acquisition tool. 'It is not a marketing play - it's a company play,' he said.

This was echoed by Pearmain, who urged delegates to stop thinking about individual 'campaigns', but rather view social as 'the glue that connects purchase moments'.

In accordance with this, the source of social-media spend is shifting, according to Ivan Palmer, chief executive of The Social Partners. A company's social budget is just as likely to originate from the HR or legal and customer services departments as it is from marketing, he said.

2. Can brands be too forensic about social? 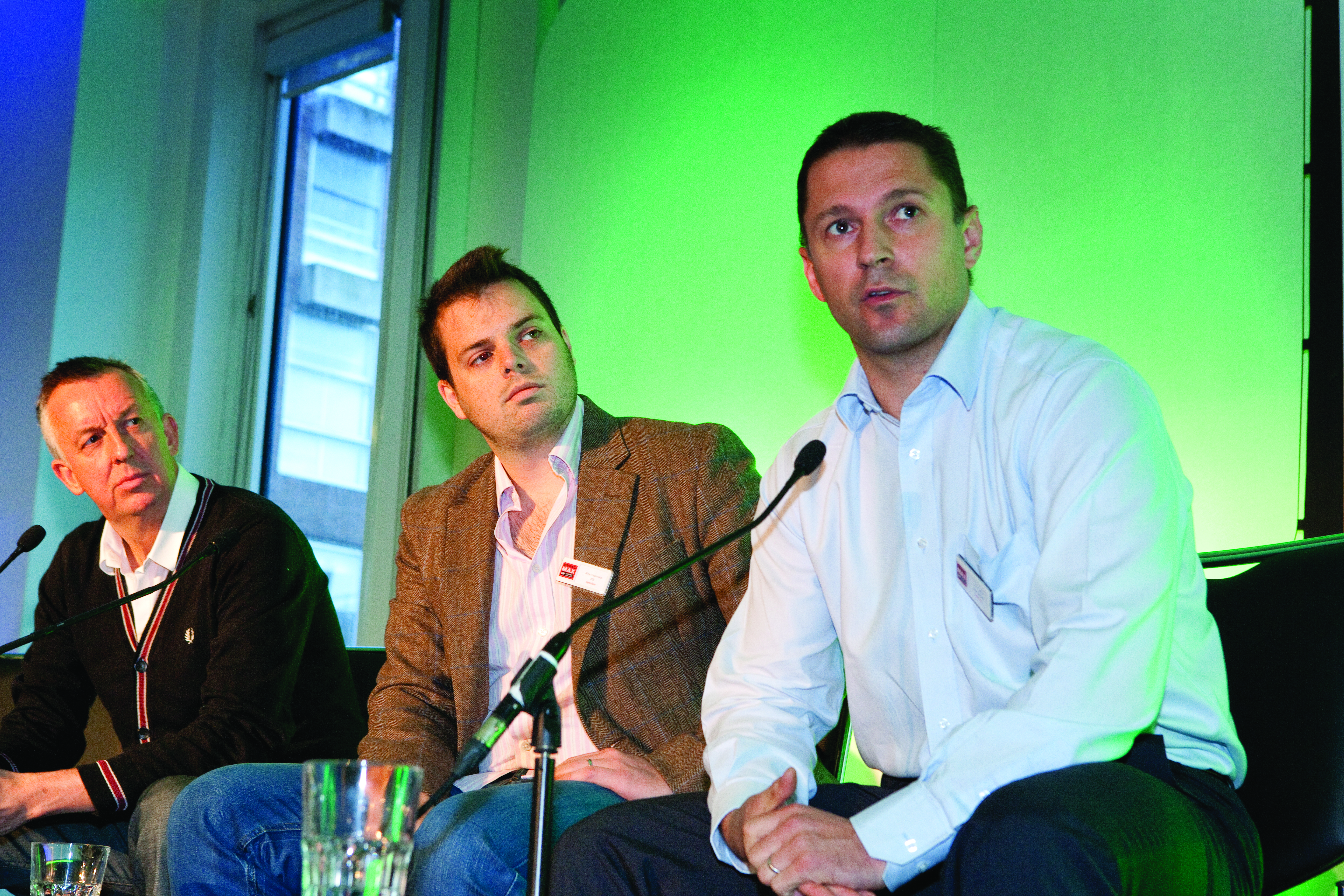 O2 has identified customer types according to which social-media platform they use. The mobile network characterises its Facebook following, for instance, as 'akin to a traditional prepay audience', while its Twitter following is 'the thought-leader, Guardian-reading set', revealed Pearmain.

There was disagreement on the value to brands of a 'like' - a debate 'so dull even Facebook is bored with it', argued Pearmain, with many in the audience nodding in agreement. Barclaycard, however, finds it useful to know that if someone is a fan of the brand on Facebook, they are 2.8 times more likely to recommend it to friends.

Does size matter when it comes to data, social and otherwise? While Sky IQ boasted of the 500,000 customers on its research panel, possessing 'big data'

'does nothing' for brands in itself, according to Neil Carden, The Co-operative's head of insight and planning, who was speaking during the 'Taming the data deluge' debate.

That is, unless 'big data' means delivering business and customer value. Carden instead picked out the term 'wee data', from a Radio Advertising Bureau session on the benefits of audio in marketing communications, held earlier that morning.

4. Don't take personalisation too far, however 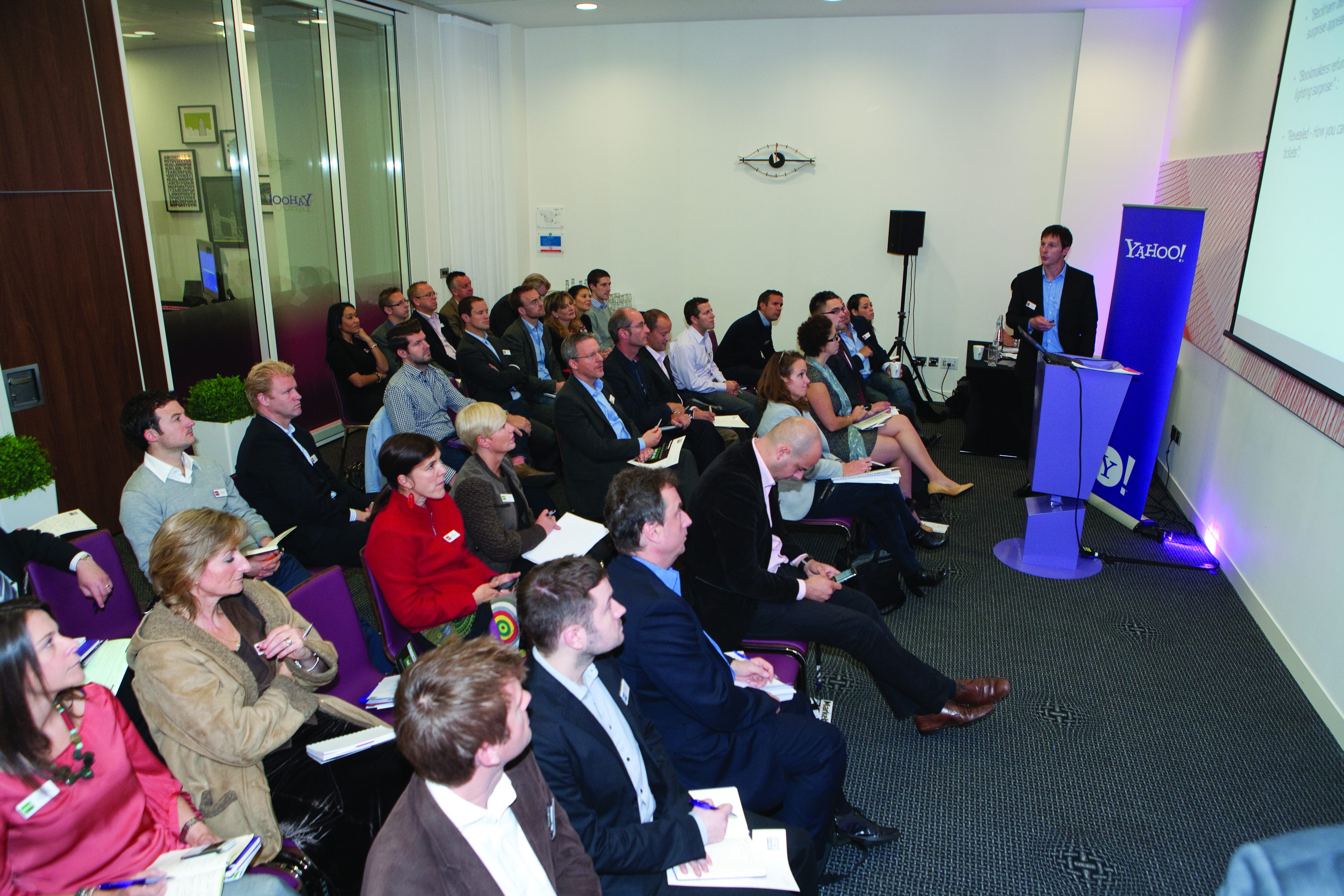 While the tools may exist to make marketing highly personalised, is this capability a win-win for brands and customers? Yes, but only up to a point, came the answer.

Will Orr, commercial director at British Gas, got to the heart of the question when he said his customers were interested in personalisation only 'in as far as it can save them money and help them make better-informed decisions'.

How much personalisation is too much? Carden sounded a note of caution, saying one of his previous employers had 32 audience segments - an 'unworkable' situation. There is, he contended, a spectrum between 'personalisation and miniaturisation' on which every business needs to find 'the right spot'.

Whether increased personalisation tends to boost brand profits was a moot point. While Carat head of planning Dan Hagen argued the cost of increased personalisation is 'not offset by the benefits', TUI marketing director Jeremy Ellis disagreed. TUI brands such as Thomson and First Choice experienced 'big shifts in customer satisfaction scores' when its marketing communications and holidays were personalised, he claimed.

Celebrity marketing isn't just for the behemoths of the business world, delegates heard. However, using celebrities in ad campaigns can be a 'blessing and a curse'.

This was the view of Virgin Media director of advertising and sponsorship Richard Larcombe. In exploring the strategy behind the brand's much-trumpeted campaign featuring Usain Bolt, Larcombe admitted using famous people as brand ambassadors can create a difficulty in distinguishing whether the celebrities are trying to promote themselves, or the brand.

Olympic champion Bolt, however, seems to have gone along with Virgin Media's philosophy that to 'own talent you need to subvert it'; the sprinter did a memorable impersonation of Virgin Group founder Sir Richard Branson for the campaign.

Virgin Media had sought some 'disruptive' marketing for its broadband offering, as consumers are generally apathetic toward the product. The campaign, Larcombe admitted, even managed to subvert official Olympic sponsors this summer. 'We weren't an Olympic sponsor,' said Larcombe, 'but we could claim a little bit of reflected glory.' 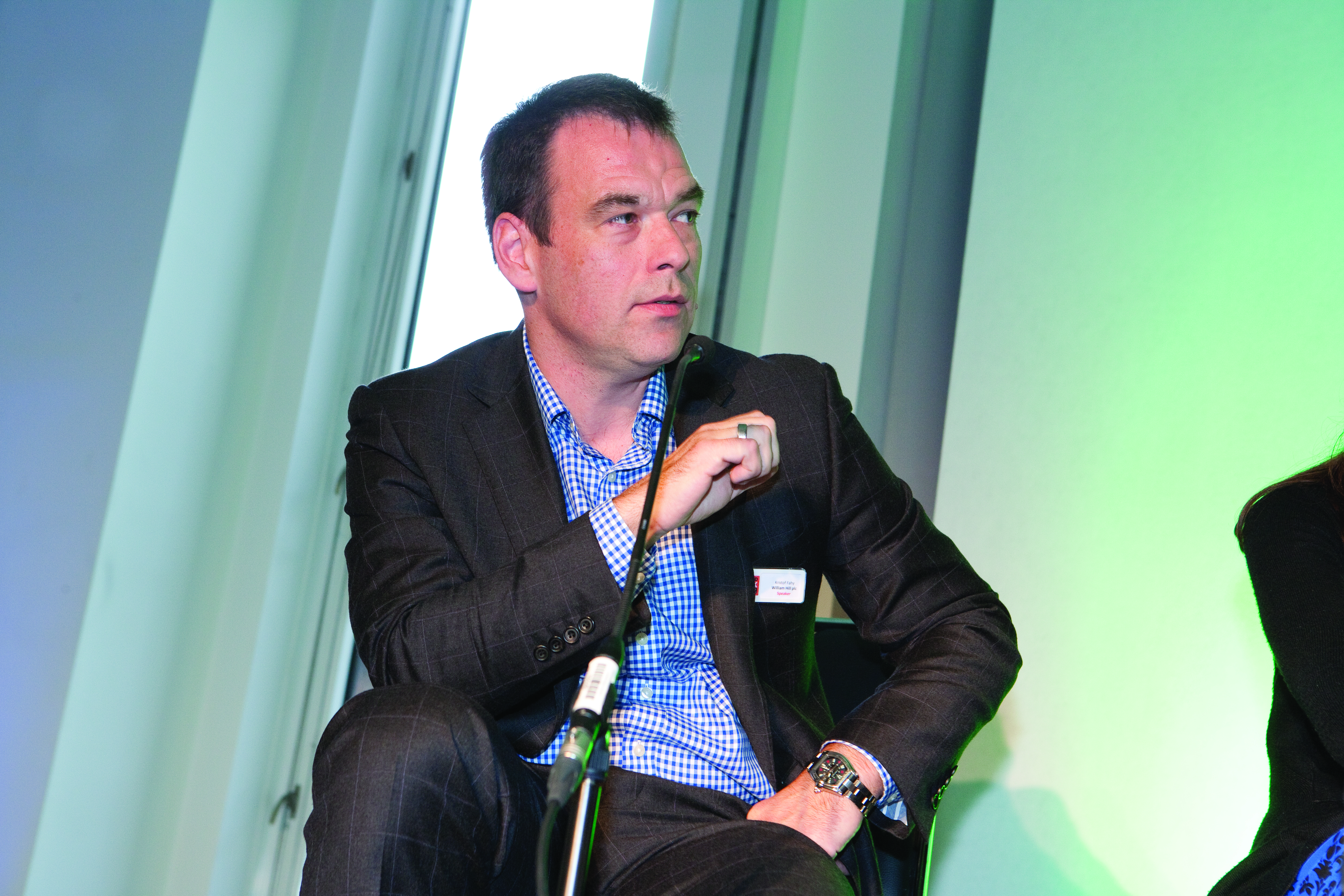 In the debate on what qualities marketers need to apply these lessons, panellists from William Hill and Aviva were asked what the marketer of the future would 'look like'.

William Hill's chief marketing officer, Kristof Fahy, provided a succinct answer and a memorable sound bite. 'The modern marketer needs to be part guru, because I want someone who knows stuff I don't; part salesman, a person who can sell stuff to stakeholders; and part butler, someone who can smooth things over.'

Though the tools at their disposal will change, many of the qualities of future marketers will remain the same as yesterday and today. Aviva's Jan Gooding identified them as 'curiosity, intelligence, an interest in consumer behaviour and an understanding of the brand's role in solving business problems'.

The fear is, one delegate observed, that many brands 'are trying to change what a good marketer really looks like', yet fail to acknowledge that, despite the myriad challenges marketing faces, the core skills needed remain constant.

BrandMAX 2012: 'Big data itself does nothing', says Co-operative's insight chief