The 31-year-old loves Walt and Mickey Mouse so much, he moved his family to Celebration, Fla.

One of Keith Mahne's earliest memories is when his parents took him to Disney World in 1989. He was 4 years old at the time and still remembers walking up Main Street, seeing the castle and thinking "how truly a magical it place was—Mickey Mouse lived here after all."

He also recalls being so scared of the Haunted Mansion that he wouldn't open his eyes, despite his uncle's constant assurance that everything would be okay. "I laugh at that now whenever I go on it," he said. Despite the frightful experience, Mahne admits he was hooked.

Since then, he's created the blog DisneyAvenue.com, which has developed fans of its own—100,000 of them to be exact. Through Disney Avenue, Mahne sells brand merchandise, hosts a podcast and employs a handful of writers who discuss their favorite topic: Disney.

"I devote time to my website every single day," Mahne said. "It allows me to escape to the world I love."

Why do you love Disney?
The joy of visiting a Disney park can't be experienced anywhere else on Earth. There truly is magic in the air found only at a Disney park. People who have been brought up vacationing at Walt Disney World tend to visit often as a way to recapture those old family memories. Entering a Disney park like the Magic Kingdom is always a nostalgic experience no matter how many times you've been. 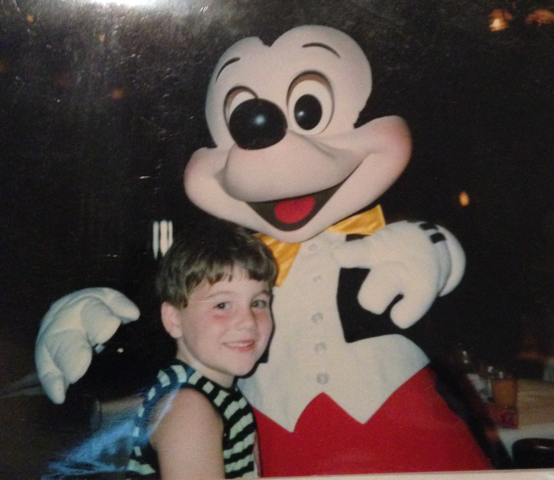 How do you show your Disney love daily?
One way was by creating my website DisneyAvenue.com. This was a hobby I created in 2012 as a way to share my love and knowledge of Walt Disney and the magical worlds he created. Since then, my little hobby has turned into one of the most popular Disney blogs on the Web.

What's your coolest piece of Disney swag?
That's a hard one to single out as I have collected quite a bit of vintage Disney memorabilia over the years, like old cast-member booklets, anniversary art and limited-edition Disney Parks items. But one of my favorites is a bronze bust of Walt Disney that used to be featured in a Disney-MGM Studios store that someone asked if they could purchase. The item wasn't supposed to be sold, but the guy was able to convince the cast member to sell it to him for $100. I bought it from him over 20 years later, and you can imagine what I paid for it! 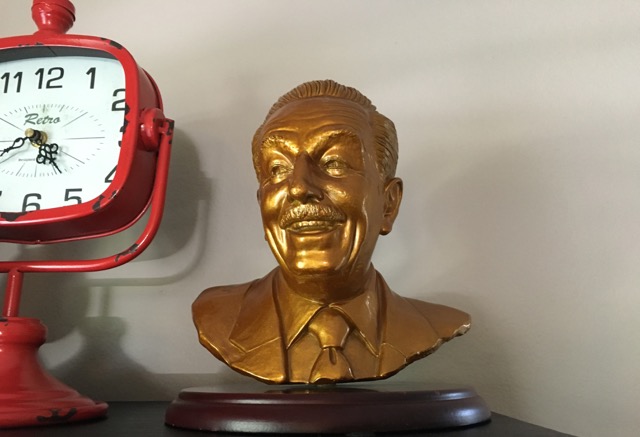 Another couple of cool items that I really enjoy are two very large silkscreen photos of Cinderella's Castle and Epcot's Spaceship Earth that used to hang in the Walt Disney World executive offices in the '80s. They now hang in my office, and I can only imagine the amount of important people in the world of Disney that have walked past these beautiful framed pieces of art. 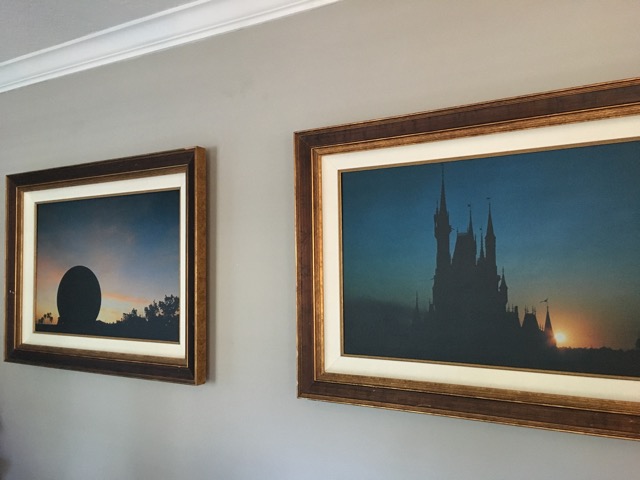 What's the craziest thing you've done for Disney?
Moved from my hometown of New Orleans to Disney's town of Celebration, Fla., which is a planned community built by Disney Imagineers on Walt Disney World property. I literally live in Walt Disney's final dream of Walt Disney World! 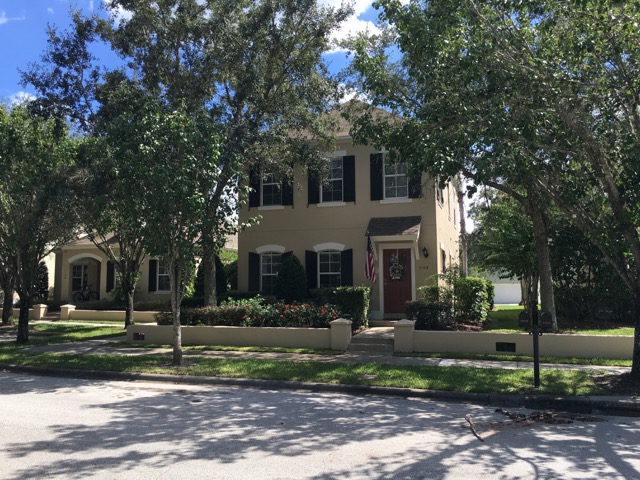 How often do you interact with Disney?
On a daily basis. If I'm not at work, I'm working on something Disney. It brings me constant joy and a true escape from reality.

What's the nicest thing Disney has ever done for you?
Because of my passion for Disney and the creation of my website DisneyAvenue.com, I have had the ability to meet some of the nicest people on Earth. Disney fans are special. We all will go out of our way to help others even if they are complete strangers. Without the help of people who barely knew me, my website wouldn't be what it is today.

It's also how I was able to cross paths with some of my most nearest and dearest friends which, without our love of Disney, I would have never met. It truly is a magical community that, without the dream of a man and a mouse, wouldn't exist today. It hurts to even think of that. 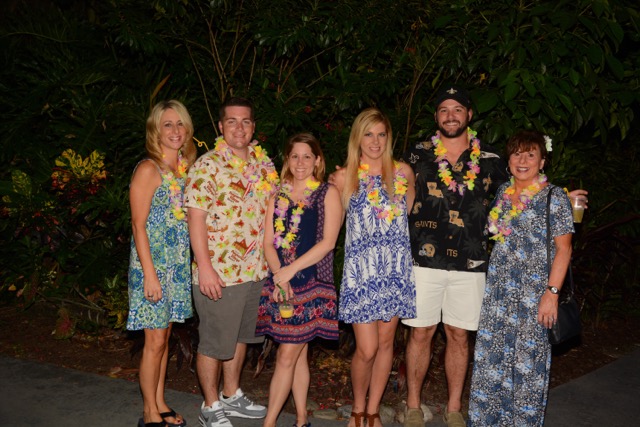 Mahne and his family at Disney’s Polynesian Village Resort luau.

If you could change one thing about Disney, what would it be?
Disney does a lot of things really well. Speaking on the Disney parks specifically, I wish they would create more attractions that didn't come from existing intellectual property.

Back in Walt's day, Disneyland attractions like the Haunted Mansion and Pirates of the Caribbean were created out of pure imagination. Guests had no idea who the characters were or what world they were about to be thrown into until after they experienced the attraction.

Today, Disney executives only build attractions that they believe will be a sure thing. From a business perspective, that makes a lot of sense. From a fan perspective, it's unfortunate. I think a good balance of attractions built on existing IP and also created from pure imagination is a winning recipe all around. 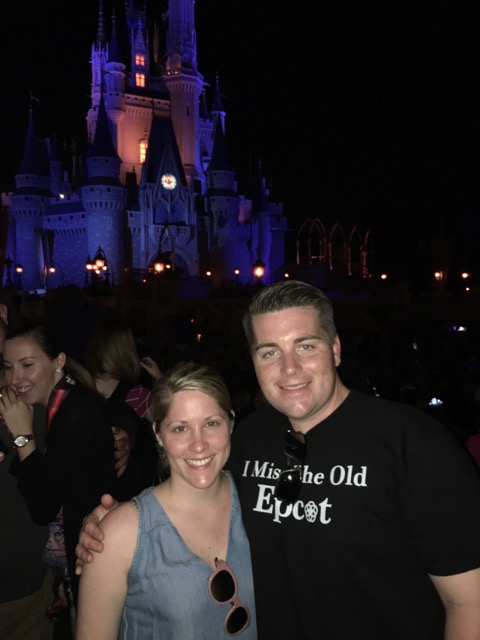 Are you satisfied with the level of engagement you receive from Disney?
Living here in the Orlando area, so close to Walt Disney World, now allows me to get my Disney fix as often as I need. Before the move, however, not so much. I longed for trips to the parks. This is how my website was born, out of the desire to have more Disney in my life more often.

What's the one thing that would make you disloyal to Disney?
If they forget their history and the man that made it. Hardcore fans don't like to see our old beloved attractions go the way of the Dodo Bird, either. Disney has a balance to maintain. They don't want to become a museum, but at the same time, want to honor their history.

I remember when they changed the name of the company's movie division from Walt Disney Pictures to just Disney Pictures. This was a big slap in the face to us hardcore fans who like to be reminded of the man that made it all possible. I hope they never lose sight that this whole thing was started by a man and a mouse. 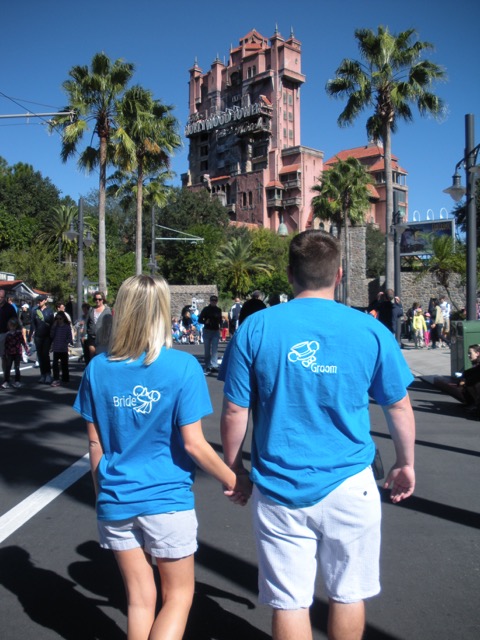 Mahne and his wife on their honeymoon in Walt Disney World.

What are your other favorite brands?
If it's not Disney, it's not important. But I do love Apple products and the Steve Jobs/Pixar/Disney connection doesn't hurt either.

5 lessons to learn from a Disney research scientist