By June 2014, Pedigree’s search for a big global idea was going nowhere fast. For months, the creative team — a consortium of strategists, creatives, researchers and account managers from BBDO Worldwide’s New York, Mexico, New Zealand, London and Brazil offices (though mostly New York) — had struggled to evolve the brand’s existing campaign into something, well, bigger.

That existing campaign, "dog’s rule," was a hit in 2007. Conceived by TBWA\Chiat\Day Los Angeles, it centered on Pedigree’s charitable support for animal shelters and adoption drives. Awww-inspiring commercials featuring adorable pups declared the brand’s staunch belief in all things canine. ("We’re for walks, runs and romps. Digging, scratching, sniffing and fetching.") A 2009 Super Bowl ad — the brand’s first — imagined a world without dogs in which ostriches chased the mailman and rhinos rampaged over couches, and concluded with a plug for Pedigree’s adoption program: "Maybe you should get a dog." 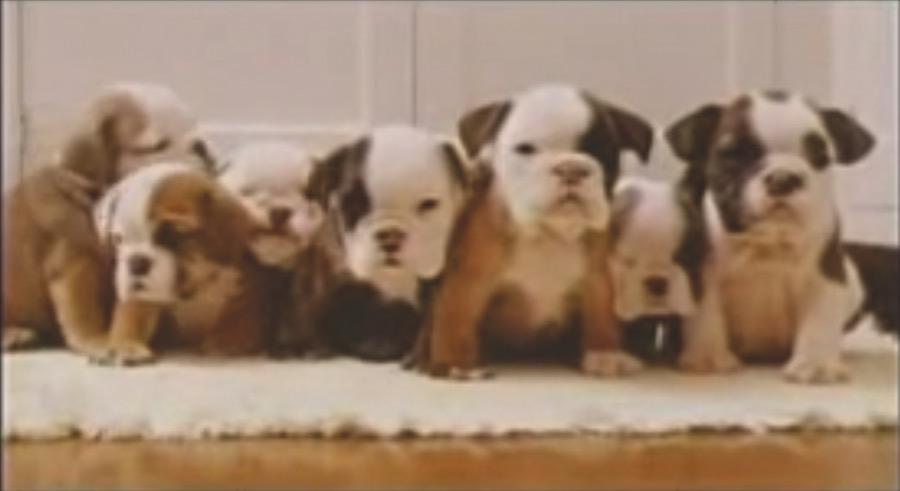 In the nearly seven years it had been in the field, "dog’s rule" had elevated Pedigree from just another dog food-maker into a leading voice in animal welfare.

What it didn’t do was tell the audience about Pedigree.

"I think the premise was, if we show how much we love dogs — we love dogs as much as you love your dog" — the result would be higher sales, David Lubars, the chairman and chief creative officer of BBDO Worldwide, says. "And there were some good metrics on it, but it wasn’t selling enough — you know, it didn’t just quite get the brand into the picture enough."

When Pedigree hired BBDO in 2011, the brief tasked the Omnicom agency with "evolving" "dog’s rule" to focus more on the product. And – oh, yeah – let’s take the whole thing global. 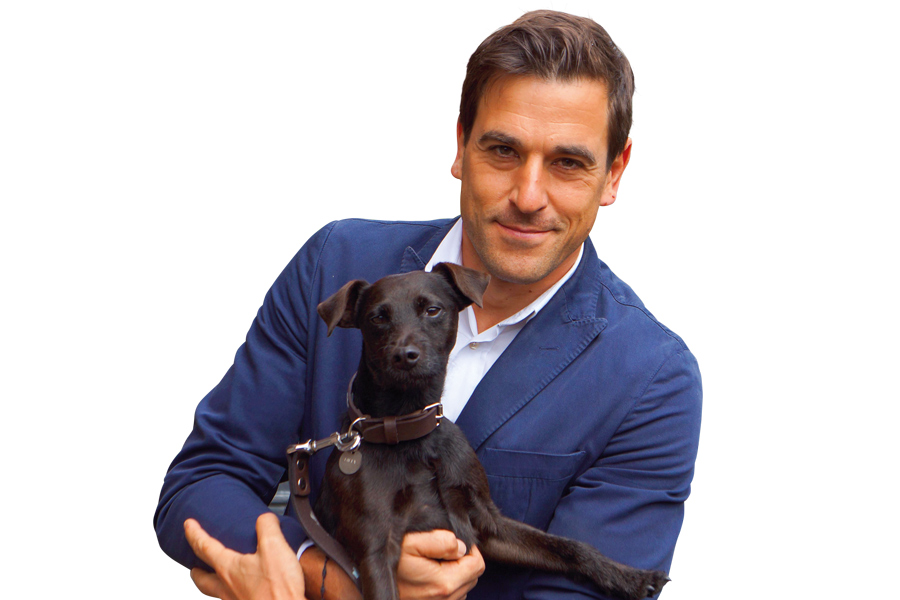 "We believe in leveraging the scale of our global brand and have structured our marketing operations to drive the biggest value from that scale," Leonid Sudakov (pictured, left), the chief marketing officer of global petcare at Mars, Pedigree’s parent company, says. "We believe in big ideas that are executed locally and with power."

Besides, the fastest-growing markets for dog food and pet products in the world are now outside the US. And with growing competition from start-up artisanal brands at home (gluten-free! Grain-free! Fortified with algae!), the time was right for Pedigree to focus on overseas growth.

One competitive advantage that Pedigree enjoyed was 50 years of data on both the evolution and eating habits of dogs. Mars Petcare is the owner and operator of the Waltham Center for Pet Nutrition, a leading source of research on pets and their diets based in the UK. Somewhere in that data was "an untold story about the good that dogs bring to our lives that we’ve been researching and putting science behind and publishing" for decades, Sudakov says. BBDO only had to find it.

The team was quick to pull a basic strategy out of the research: dogs make us better people. "If you look at the history of dogs and their relationship with people," Lubars says, "you see that they were critical to our survival. Neanderthals were more intelligent than we give them credit for, but we had dogs and they didn’t, so we survived."

But incorporating that with "dog’s rule" proved tougher than expected. Nearly a year in, the creative team was still struggling to "complete the triangle" of dog, owner and Pedigree, Lubars says.

That June, Sudakov would find inspiration in a place better known for awarding creative ideas than inspiring them: the Palais des Festivals in Cannes, France.

But as brands have increasingly sought to speak with one voice globally, and procurement insists that marketers take advantage of scale, the ad industry has devised a more sophisticated approach. Come up with an easily reproducible template that can be made over and over again, swapping in regional talent, images and references for local audiences. 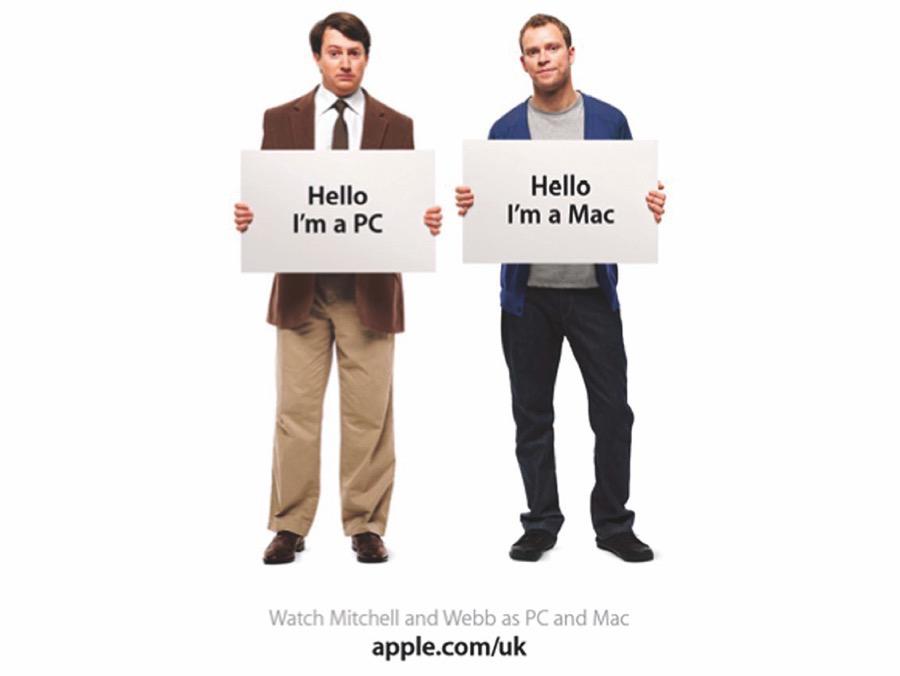 It was one such effort that helped push Pedigree into the global advertising game. In 2010, Snickers — a fellow Mars brand — found success with its "you’re not you when you’re hungry" campaign. Crafted by BBDO, it uses celebrities with outsize personalities to demonstrate how everyday people act differently when they’re hungry. Robin Williams ("loopy") and Aretha Franklin ("diva") in the US were replaced by the soap-opera star Ray Meagher ("cranky old man") in Australia and Joan Collins ("a right diva") in the UK.

"With Snickers, not only did we develop a global platform based on a universal insight that everyone could relate to but we put the product at the center of the story," Kirsten Flanik, the managing director of BBDO New York, says. "And, all of the sudden, that became the gold standard of what they were looking for."

But Pedigree wanted to take it a step further. Rather than create a single ad template that could be reproduced ad infinitum, Sudakov asked BBDO to come up with a big idea that would be left open to interpretation by every local outpost, much as the agency had done for Guinness with its "made of more" campaign, which inspired radically different interpretations in markets around the world.

"What we wanted to do is engage the breadth of the creative talent from around the world – and specifically in emerging markets – and see whether ideas might spring from places in the world where we never had lead global creative development before," Sudakov says. He saw it as the "emergence of a future model for us."

The challenge to such a campaign is coming up with an idea "horizontal enough to fit all the regions and countries, so they can do their thing on it," Lubars says. "It has to be some universal insight, which is hard to do."

Finding the good
Like a lot of advertisers, Pedigree uses the Cannes Lions festival as a time to reconnect with its agency partners. For Sudakov, in 2014, that included going to see Lubars and Josy Paul, the chairman and chief creative officer of BBDO India, give a talk on the main stage entitled "Nice is the New Black."

"The best work is grounded in true, human emotion," Lubars told the audience, which expanded far beyond the Palais thanks to a global webcast. The speakers illustrated their thesis with clips from archly emotional spots, such as P&G’s "thank you, Mom," a Google film about two friends from India and Pakistan reuniting late in life and a Guinness "made of more" spot in which a group of wheelchair-bound basketball players are revealed to be using the chairs only to accommodate a single disabled friend.

"We spend too much time in data and analytics. Human emotion is beyond all that," Paul said. He concluded: "It seems like the world wants a lot more comfort zones."

For Sudakov, "it was a bit of an ‘aha!’ moment," he says. By trying to "evolve" a seven-year-old platform, the team was overcomplicating the process. This was, after all, a campaign about feeding your dog. If commercials for beer and a search engine could render a room of cynical ad executives misty-eyed, surely Pedigree could too. He decided to let go of "dog’s rule" and empower the team to come up with a wholly original idea.

"It allowed us to liberate ourselves to start from a completely blank slate, not trying to make the previous campaign better," he says.

When Sudakov shared his epiphany with BBDO New York’s executive creative director, Greg Ketchum, he felt like he’d been let off the leash. "Leonid said go, and we started working off the ‘dogs make us better people’ insight" that the strategy team had come up with nearly a year ago, he says. The team started developing scripts around it, though they still struggled to nail it. "We were focusing too much on a happiness theme," Ketchum says, "as though that was the end result of the ‘better people’ insight."

About a month later, Ketchum was on the couch in his New York office talking to an art director when it hit him. "Everyone is doing ‘happy,’" he said. "We have to get off the happy thing."

For the past year, BBDO had been producing US-only spots under the tagline: "See what good food can do." Ketchum said to his co-worker: "‘Good’ is our word, man. That’s our word." From there, he arrived at a syllogism: dogs bring out the good in us, Pedigree brings out the good in them. Hence the tagline: "Feed the good."

"I sent it to David immediately in an e-mail," Ketchum says, "and he said ‘That’s it!’ And that was it."

Andy Blood, a creative director at Colenso BBDO in New Zealand, remembers hearing "Feed the good" for the first time. "Everybody knew there was magic in it," he says. "We knew that we could make the best work happen with that thought."

That November, Sudakov brought the idea to Mars chief executive Grant F Reid, who gave his blessing. "That’s when we started sending that out to the regions and people started executing," Ketchum says.

Meet the little-known CMO atop a global confectionary giant

The next WhatsApp? Slack's CMO on marketing a 'unicorn'

How Mother helped the 76ers revolutionize their brand

The big idea: There's an algorithm for that

A brief history of the car crash commercial