Event pitches the experiential marketing strategies of luxury department stores Selfridges and Harvey Nichols against each other.

Event structure: As well as working in partnership with brands including LG, The Botanist and Fendi, the department store has worked with agencies including Brand and Deliver.

Recent campaigns: This year marks the 400th anniversary of the death of bard William Shakespeare and Selfridges has marked this in style. It has hosted Shakespeare-inspired rap music sessions, installed Shakespeare-themed window displays and also devised an in-store theatre, which featured a new version of ‘Much Ado About Nothing’ by British theatre company The Faction. 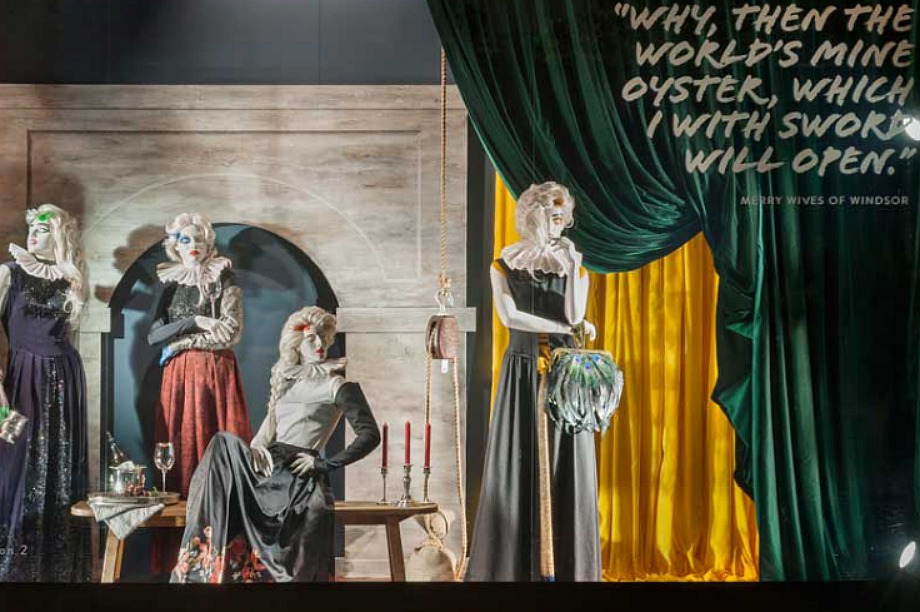 Latest campaign: Alongside the Shakespeare-themed window displays, one of the most recent activations at the department store featured fashion brand Tommy Hilfinger, with a pop-up live patch design and make experience. The initiative, in partnership with YR Live, gave customers the chance to buy a Tommy x Gigi bomber jacket and then customise it with their initials and other patches.

Event structure: The department store has partnered with a number of brands to stage events, including Canada Goose, Grey Goose, San Pellegrino and Lexus.

Recent campaigns: Harvey Nichols hosted immersive brand experiences inside its refurbished menswear department, which was unveiled in April. The new department houses a concept space known as Project 109, which opened in May and features an installation created by men's fashion site Hypebeast. The brand also worked with San Pellegrino on a 'Live in Italian' pop up, which included dining experiences and summer cocktails. In January, it launched a garden experience inspired by Lexus' new car.

Latest campaign: A love of all things Italian is the persistent theme of Harvey Nichols' latest experiential work. It's 'Britalia' campaign, running at present, celebrates the best of Italian style, beauty, food, drink, culture and lifestyle. As part of this, Hazelnut spread brand Nutella opened a pop-up at the Knightsbridge store in mid-November and the store hosted a one-day Italian-themed festival on 12 November, collaborating with brands such as Peroni, Disaronno and Martini.

Event says: Both department stores have managed activations in line with distinct central themes - Italy on the one hand, and William Shakespeare on the other. Selfridges edges this battle with its celebration of William Shakespeare's death – creating activations that mix traditional theatre with more modern rap and technology, providing a more compelling experience.