Brainlabs has wrapped up its third acquisition of 2021 in the shape of the full-service Amazon specialist Molzi, which was founded in 2017 by Chris Mole.

Molzi has a team of more than 70, located across the UK, Spain, Hong Kong and Brazil, and its clients include household products company Church & Dwight, along with many brands in the consumer electronics, beauty and drinks sectors that are featured anonymously on Molzi’s website.

Molzi will become Brainlabs’ specialist ecommerce division, initially under the name “Molzi by Brainlabs”, before becoming fully integrated at a later point. It will continue to be led by Mole.

Commenting on the decision to sell to Brainlabs, Mole said: “Over the past 12 months we’ve been courted by a number of businesses looking to expand their portfolio off the back of last year’s ecommerce boom. It’s not until we met Brainlabs when we got ‘the feeling’ we’d met our perfect match.

“The culture at Molzi is about ambition, determination and transparency. We want to be the leading global marketplace agency. We want to get better as well as getting bigger, and Brainlabs share these goals. We’re excited to be part of the world’s smartest digital agency; and to bring even more success to our clients across the world.”

The deal comes after Brainlabs completed purchases of Manchester-based User Conversion in February, and Canada’s Medianet in August.

Brainlabs’ global managing director Matt Adams said that his agency had considered other acquisition targets as it looked for ways to improve its Amazon services, but that Molzi stood out as “unique”, because less than 10% of its revenue actually comes from Amazon advertising, which Adams said was a “commoditised” area of business.

Rather, Molzi offers an array of Amazon services that essentially span every aspect of running an ecommerce business aside from manufacturing – including strategy, finance and delivery. It offers a product, Molzi Retail, that provides an alternative to a brand operating its own storefront or using Amazon’s Vendor Central, the latter of which means ceding a lot of control to Amazon.

Adams told Campaign that further acquisitions would follow in the near future and made the bold assertion that Brainlabs would triple its workforce by the end of 2022 from around 500 today (not including the staff joining from Molzi) to 1,500. It has already more than doubled in size since the end of 2019, when it had 205 staff, and increased by half from the 339 at the end of last year.

Amazon, which Brainlabs referred to as part of the “digital advertising triopoly”, will become just as significant a player as Google and Facebook, Adams claimed. “They’re a very meaningful part of the adspend matrix,” he said – adding that it would see further rapid growth in the years to come thanks to its “huge” distribution as a retailer in emerging markets.

According to Emarketer data from March, Google and Facebook between them will account for over 50% of the global digital ad market for the first time this year. But while this figure has crept up since 2016, thanks to Facebook’s growth, Amazon’s share over the same period has risen from just 0.8% to 7.1%. 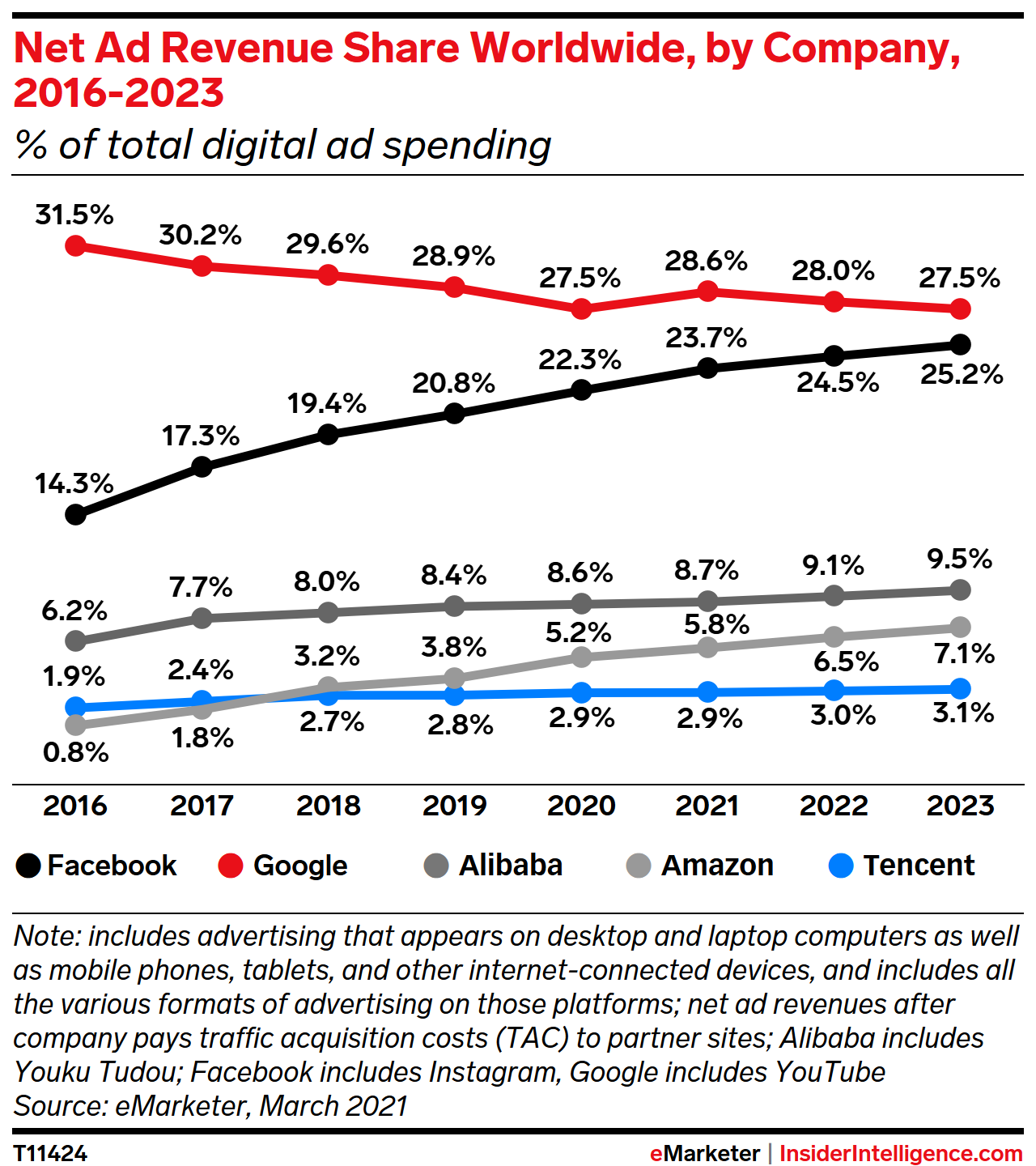 Dan Gilbert, global CEO of Brainlabs, added: “I’m super excited to welcome Chris and the Molzi team to Brainlabs. I don’t need to ask Alexa to know that adding Molzi’s Amazon and retail specialism to our Google and Facebook prowess puts us in ‘prime’ position to continue our mission —  to become the number one media agency in the world.”

Brainlabs announces Hanapin as second acquisition in a week