Are we entering a new age of interactive design, or is that a load of hype? Russell Davies looks at new tools that could help creative people do their jobs.

When something new comes along there are two inevitable reactions:

You might have noticed that we're going through something similar right now with bots and "conversational UI". These things are being lumped together and hyped up as a new age of interaction design.

As a fan of people doing experimental things with text I find myself a little bit in the "we've seen all this before" camp with this one. After all, one of the very first computers, the Ferranti Mark I (first switched on in Manchester in 1948) was also used to generate rather wonderful anonymous love poems that were stuck on noticeboards around the computing department. 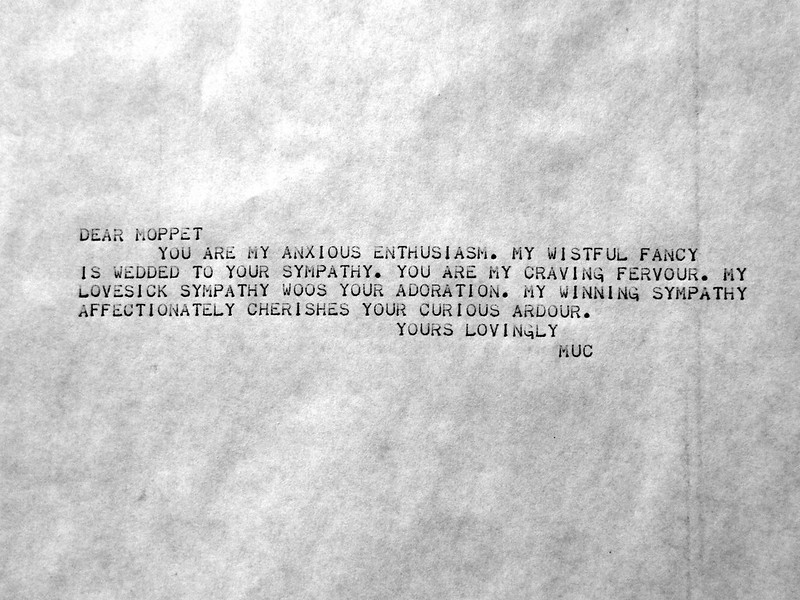 Or, sitting on my shelves at home, I have a book from the 80s that claims to be the first ever written by a computer. It's called The Policeman's Beard Is Half Constructed and it contains odd but intriguing fragments of text like these: 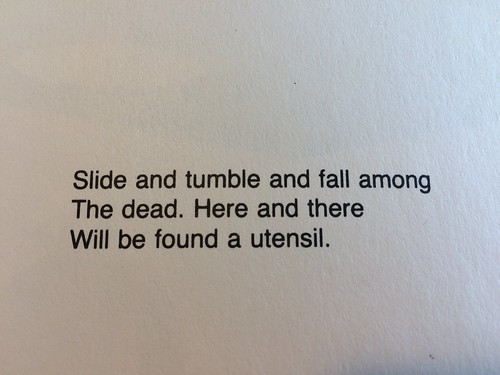 Or, there's the famous ELIZA – a computer system that impersonates a therapist, offering questions and responses via text. It's a clever but limited programme that relies on pattern matching and playing the things you say back to you. It can be alarmingly convincing. It was even more so back in the 60s when it was invented.

That's why you see a few technologists rolling their eyes when they see all the money that's pouring into chatbots at the moment. "Chat technologies" have indeed got better recently – there have been great advances in things like Natural Language Processing and with billions of people sending billions of messages every day there are vast corpuses of text to learn from – but it's still going to be easier to click on a buy button than it is to type "please can I buy a pizza?"

But, but, BUT if we think of these generative technologies as tools for creative people (or replacements for them) rather than consumer products I think there's something there.

Think, for instance, about taglines. They're a strange literary form. A narrow range of grammatical possibilities, a pretty limited vocabulary and they don't really have to make sense. Indeed, as Nick Asbury has pointed out, the most recent trend is for taglines designed to snag the ear by sounding oddly ungrammatical and cut-up.

This is the sort of thing a computer can do well. And to prove it I made a twitterbot that creates a new generic tagline on the hour, every hour. It's at www.twitter.com/taglin3r.

Or, if you can't wait that long, there's a new tagline every five seconds below. Or every time you click the button. Please send me a thousand pounds if you use any of its output for a client.

They're not all brilliant, as you can see, but they don't have to be, they're very cheap and very quick. So it won't be long before this is a regular process:

1. Have a workshop with the client, gather all the words that seem appropriate for the brand.

4. Sift through and eliminate the accidentally inappropriate ones.

5. Chuck the rest on some automatically generated banners and see which one gets the most clicks.

(Someone must be doing that already? Surely?)

A tool that made that easy would be as valuable to a creative team as an A3 pad, table football and the artificial psychological validation of awards.

Or consider this blog post from Netflix about how they dynamically generate the splash screens that promote their movies when you're browsing around, wondering what to watch.

1. They grab an image that's appropriate for that movie from their library.

2. They determine what the most interesting bit of that image is – often it's the face, sometimes it isn't.

3. They crop that image appropriately, based on the screen you're using.

4. They detect whether there's text in that image so they can overlay the promotional message properly.

5. They put the promo together and show it to you.

And when I say "they" – I mean the Netflix system, the computer, it does this on the fly, no humans involved. They do this millions of times a day – so they're starting to know what kind of cropping gets you to watch a programme.

That's another useful tool for a creative department isn't it? That'd save a lot of art-working.

Or you've probably seem people mucking around with things like DeepDream. That kind of technology happens to very good at 'Style Transfer'. It can take the characteristics of one image and transfer them to another i.e. it can take a photo you've taken of a road and made it look like it was painted by Van Gogh. Or Picasso. Or anyone whose images you have. Or, less prosaically, it could also give it the visual characteristics of a dinosaur, or a Bermudan island or some flowers. It's hard to explain. The users of the Russian website Ostagram have been mucking about with this software – combining an original image with a style and making things like this: 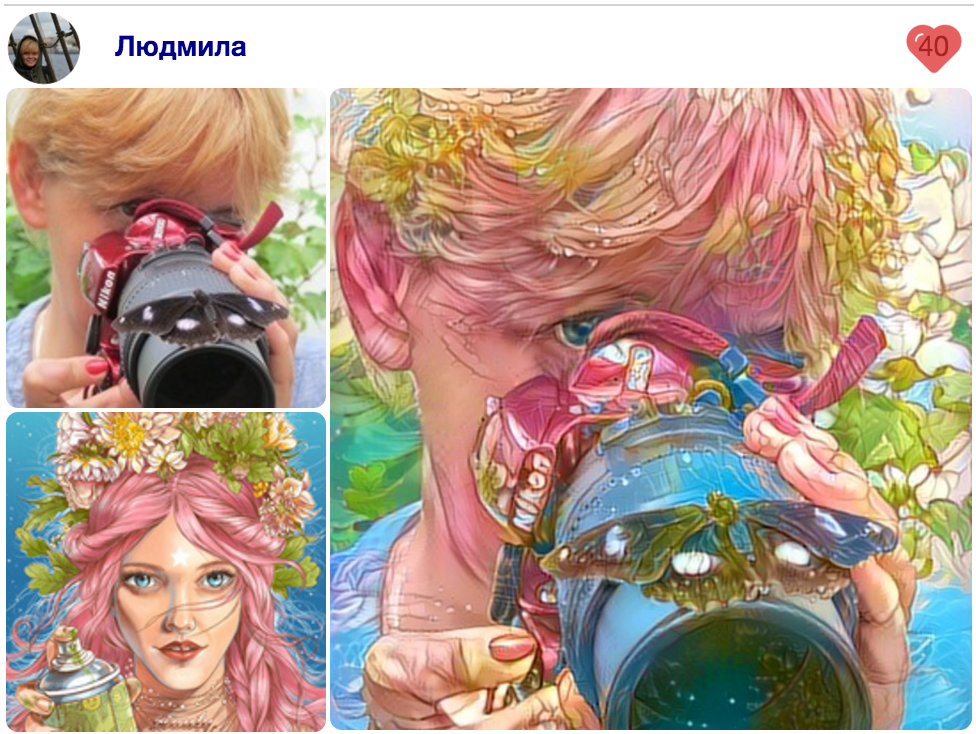 I did something similar myself as a demo. 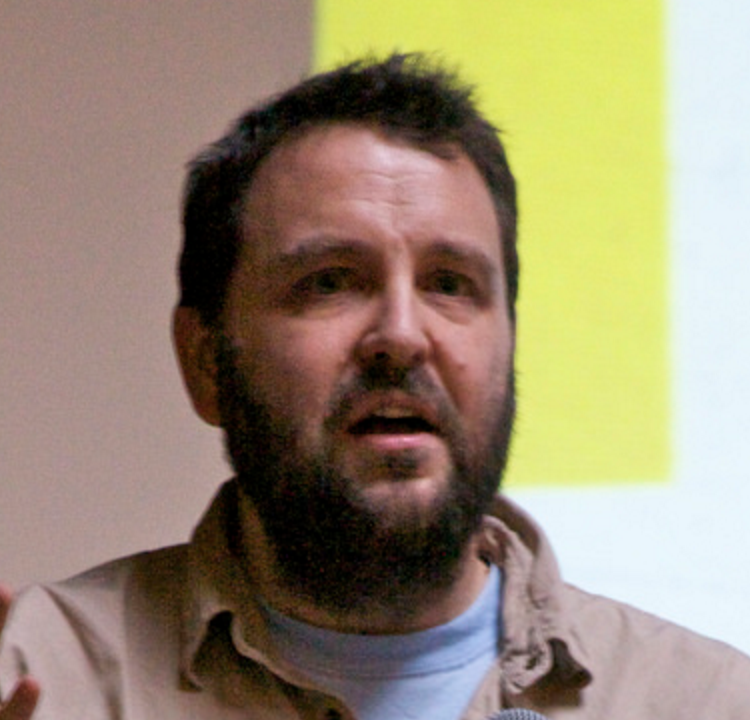 Here's Van Gogh, in the style of Van Gogh: 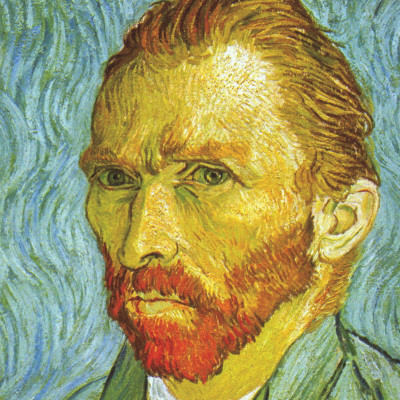 Here's me made over by a neural network, in the style of Van Gogh: 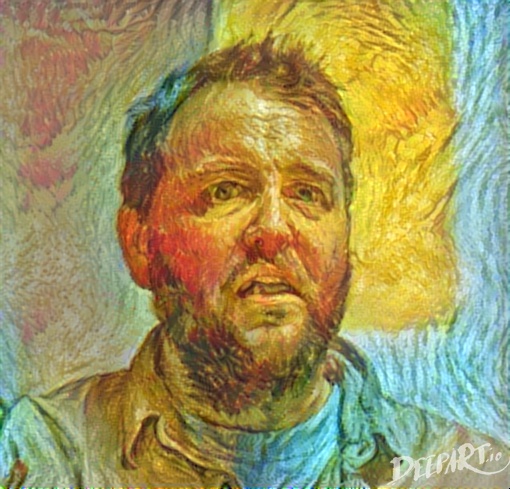 Or here's a Kandinsky: 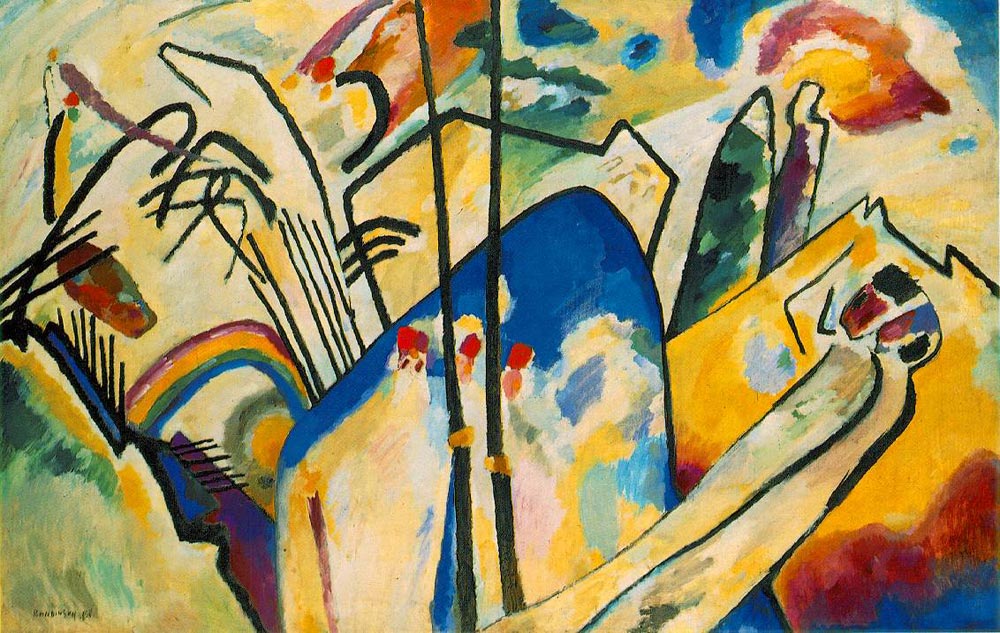 And here's me done over in the style of Kandinsky (though it looks more like he just beat me up): 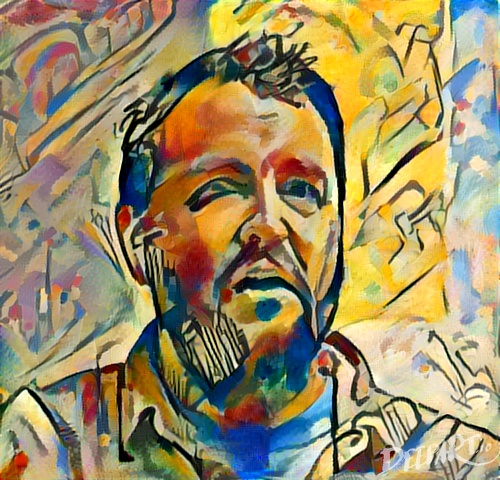 We all know this is a big part of agency life. We recommend an illustrative style to a client and then we go and find someone cheaper to copy their style. Or we get someone to spend a long time in Photoshop or Illustrator. The Neural Network will do it in seconds. Give it a year or so and it'll be just another tool on your phone. Your lawyers will probably be happier, your inner ethicist will be as untroubled as ever.

But soon, hopefully, someone talented and really familiar with the tool will stop using it for cheap copying and will find startling and original things to do with it. Then we'll have Centaurs.

There's a version of chess called Advanced Chess or Centaur Chess, it's for teams of humans and computers, competing together, each doing what they do best. They're the best chess players, better than computers, better than humans. That's what we should be aiming for. That'll be interesting.

Bots are not the answer to app fatigue - yet

Why copywriters could fare well in the age of robots

Hello again: Russell Davies is back blogging for Campaign

Facebook's emotion study offers us all a valuable lesson about openness