Political advertising is an insular world.

So when BOND, a Hollywood creative agency with entertainment clients, sought to help the Joe Biden campaign back in the spring, it knew it would be tough to break in.

“Washington is very much an insider's game,” said Luke Silver-Greenberg, BOND’s co-founder. “There are political ad agencies who specialize in this and have worked on every presidential campaign.”

But at the height of the COVID-19 pandemic in a country teeming with social unrest, BOND’s team looked at the state of the world and felt like they needed to do something. They began reaching out to contacts with connections to the political world over the next three months.

“We must have had 100-plus phone calls and emails to be connected to the right people,” Silver-Greenberg said. “Some people were pretentious about our ability to help in a political world.”

After being turned down multiple times, the team finally caught the attention of the Biden campaign in the fall with a pitch that showed how its Hollywood expertise was transferable to the campaign by positioning Joe Biden and Kamala Harris as superheroes.

“We wanted election day to be a blockbuster event,” Silver-Greenberg said, using past work on campaigns for the releases of  Game of Thrones and The Joker as examples. “That’s what we do,” he added. “We work on building excitement for these tentpole releases.” 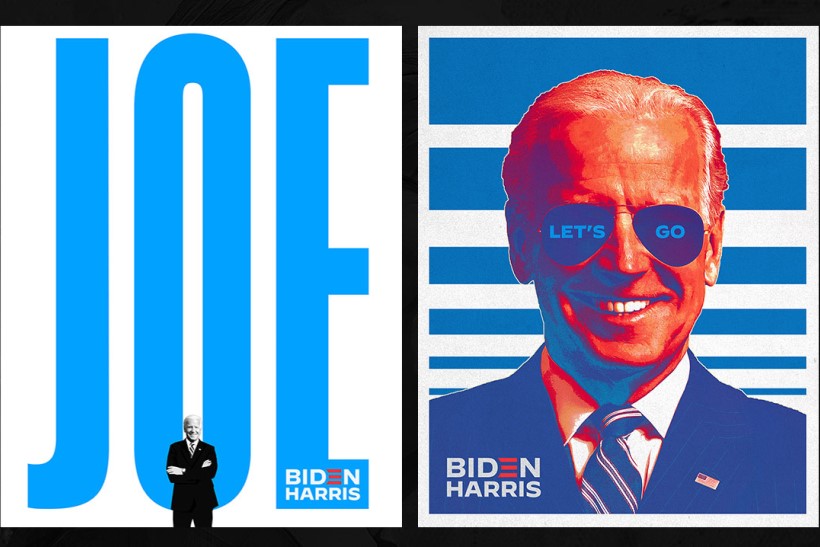 Once hired, BOND needed to turn around creative within a week. So the team got to work, putting in extra time on top of client responsibilities to create dozens of images for the campaign.

While Biden’s recognition was through the roof, there was a lack of enthusiasm from his base, so the team aimed to stoke an emotional connection. The campaign settled on 13 images after one round of revisions.

“We wanted people to connect with their values so it wasn't a vote against Trump, but enthusiasm for what these people could bring to the White House,” Silver-Greenberg said.

To spread the word, the campaign had Hilary Clinton drop the first piece of art, a picture of Harris with the words “For the People,” on her social media handles on Oct. 20. The Biden campaign started pushing the images the same day, which were soon picked up by Taylor Swift and LeBron James. 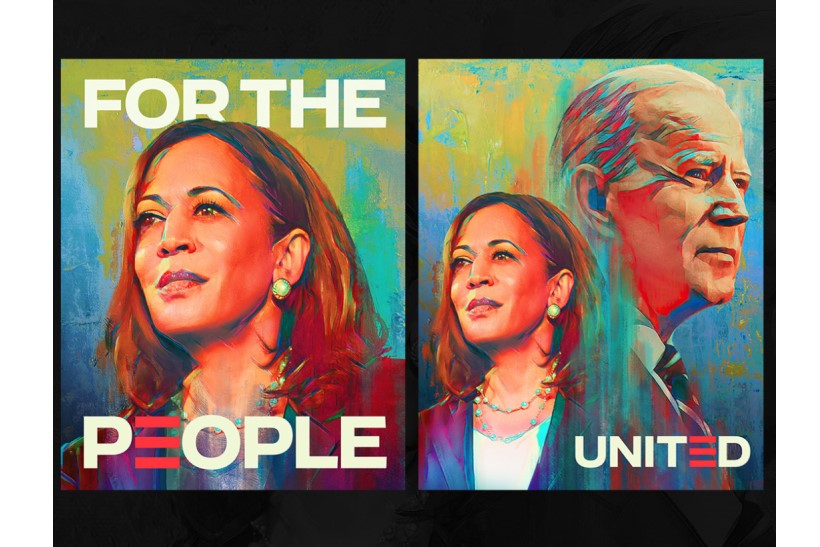 The images did so well that, just days before the election, the Biden campaign called BOND with another request: a piece of victory art if Biden did, in fact, win. “They referenced Norman Rockwell's piece in the United Nations headquarters, which is a fabric of human beings from all over the world,” Silver-Greenberg said.

This time, the team had a tighter turnaround time: 48 hours. So, instead of casting models and putting together a shoot as a basis for the art, BOND put out a casting call to its employees at 9pm the evening of the brief. The next day, the agency photographed more than 100 people in-house at a socially distanced shoot as a basis for the “All of Us. United” image.

“We had not just our teams, but also their families and friends,” Silver-Greenberg said. “People were just volunteering to come in and be photographed.”

When it was finally confirmed that Biden had won, Silver-Greenberg’s phone was flooded with texts from family and friends telling him to check social media, where the President-elect had posted the “All of Us. United” picture.

“It was the only still image he posted an hour before his victory speech,” he said. 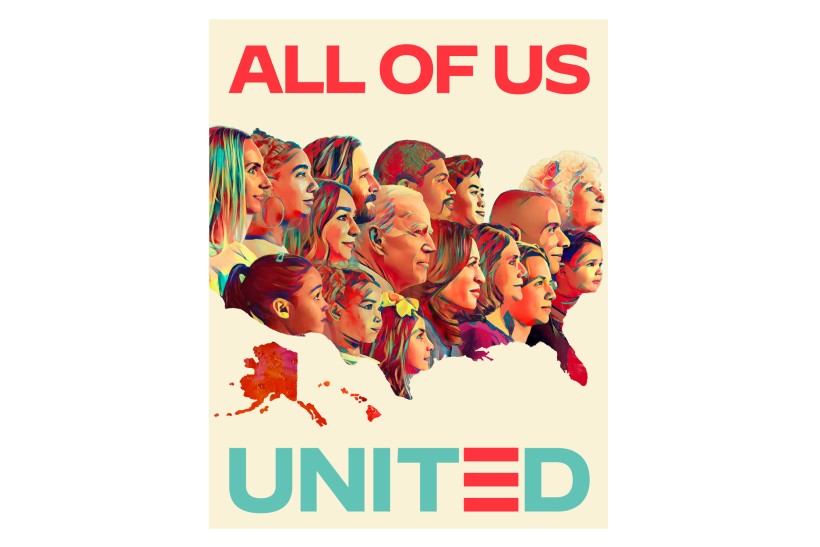