The gin brand is inviting everyone in the U.S. to get involved with its new initiative.

Bombay Sapphire is aiming to ignite the creative flame among all of its consumers with an interactive, technology-driven art installation.

From August 28 through September 1, the gin brand is inviting people to showoff their creativity on paintedbyeveryone.com, which allows visitors to leave a physical mark on a large canvas in Los Angeles. Viewers can watch on a live feed as their art and others are painted on the canvas by VTPro robotic arms. Bombay Sapphire worked with BBDO New York on the effort. 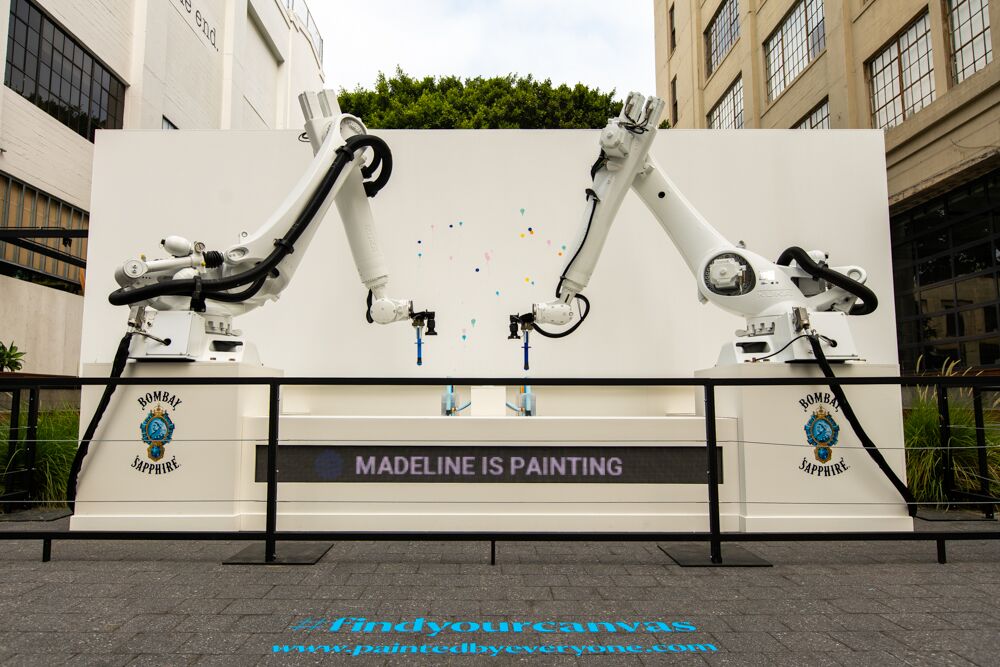 According to Bombay Sapphire Brand Director Tom Spaven, who told Campaign US that the brand has embraced artistic communities since its launch in 1987, the new "Find Your Canvas" effort is aimed at exploring what’s stopping people from fulfilling their creative potential. The brand surveyed more than 11,000 people in partnership with The LEAF Group, The Other Art Fair’s parent company, to get to the route of the problem.

"We were blown away by statistics such as 90 percent of people desiring to spend more time pursuing creative and artistic activities, and 96 percent of people who would take classes to learn new creative skills if cost wasn’t an issue, which spurred our mission to provide more access and opportunities for creative self-expression to more people," said Spaven.

The final crowdsourced art creation will be unveiled at The Other Art Fair LA on September 5, where Bombay will host one of several workshops at the fairs throughout the year.

"‘Find Your Canvas’ is a call-to-action and a reminder for everyone to reconnect with their creative side," added Spavem. "This idea is inspired by our firm belief that creativity exists within us all – it’s something that we are all born with but often lose over time. We believe it’s important to connect with, and uncover your creative side as a means of keeping communities vibrant, diverse and interesting."

L.L.Bean's new work only appears in the rain