Gavin and Jason Fox, the creative directors at Framestore and former collaborators with Secret Cinema, discuss how to turn an experience into a story by adding digital pre-narrative.

With experience fast becoming the new social currency, experiential events are enjoying a tremendous resurgence. Companies like Punch Drunk and Secret Cinema have created such incredible experiences that the events industry is clambering to mimic their success.

As amazing as these shows are, they exist in the moment, and often leave little trace on the participant's life other than memories. Although this is sometimes by design, it’s important to recognise the audience’s hunger in sharing their experiences in a way that does not spoil the moment, but does leave them with a digital story to revisit.

When we worked with Secret Cinema, part of our remit included designing pre-narrative experience for audiences. The moment someone buys a ticket, they would be taken into an alternate reality that lets them slip into a character and become part of the Secret Cinema world.

For Brazil, we made an intranet for a fake organisation that slowly consumed the world's major corporations up until the actual visit. Guests had an employee name, profile, job and rank. The more they interacted with the other audience member's characters, the more they climbed the corporate ladder. When guests finally received transfer papers to a new position in the company (their night at the show), their new rank was duly rewarded with a tailored experience at the venue.

With Back to The Future, we built a complete digital phone system using Twilio. Members could call each other or find numbers for the entire cast of characters in the show and leave messages, to which they could reply with starting points for their adventure at Hill Valley in 1955. Guests could phone Biff and were asked to leave a message if they were a "broad". He'd most likely call back, bark "butthead" and hang up. 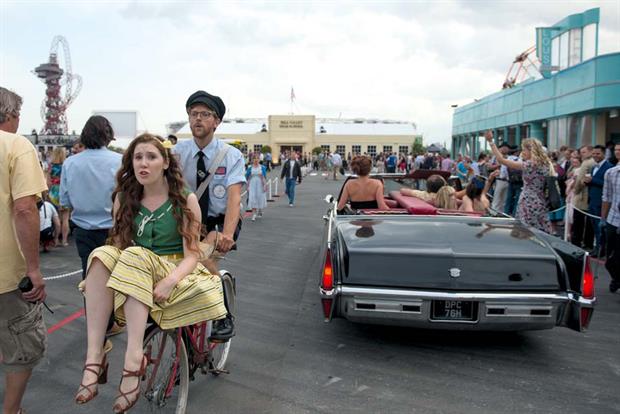 These ‘digital pre-narrative’ worlds swell anticipation for the approaching event, allowing audience members to connect in playful and surprising ways.

Disney’s stunning Magic Band system echoes this approach by allowing audiences to plan their entire experience online before they arrive. Then, when in the park, the magic really starts: characters know a child's name and chat like old friends, queues are (almost) a thing of the past, and restaurants know people’s favourite dishes.

These experiences are successful because they allow complete planning of a narrative that can span months, rather than just the hours spent at the event. This digital pre-narrative in the weeks before the show means audiences can genuinely live in the environment of the experience, and find their own personal story that exists within the larger story arc.

When they finally step 'on stage' (to coin a Disney term), they are ready to disappear into the beautiful rich physical world they helped create and live in it as a genuine citizen. When they leave the venue, they’ll have had completely different experiences to fellow audience members and they’ll burst with stories to share.

In traditional story writing we all understand the importance of a beginning, middle and end. And we’d do well to apply this enduring principle to experiential as a way of transforming an isolated event into a fully-fledged story; a story where the beginning is the pre-narrative, the middle is the show and the end is the sharing. Extending an experience’s life through beginning and end is so much more powerful than focusing solely on the middle.