It’s been a fast start to 2016 with a trip to CES in Las Vegas, one of the world’s biggest tech shows attracting a huge audience of 170,000 visitors and many of the world’s top consumer brands. After a busy few days supporting exhibiting clients, I had a chance to explore the show – here are some of my favourite finds:

Chinese telecoms giant ZTE attracted huge audiences to its Centre Court Experience – treating visitors to basketball player appearances and a free throw competition running every day. Leveraging their sponsorship of five NBA teams, ZTE had visitors flocking to take selfies with the NBA legends, sharing images via a special ZTE at CES Facebook page as well as other social channels.

As well as launching a series of new handsets, ZTE also used CES to announce its #ZCommunity – an online platform inviting consumers to share their wish-list of features for future devices - making it the first phone company to fan-source next generation design. With the ZTE Experience Truck parked outside the Las Vegas Convention Centre as part of a nationwide promotional tour, ZTE has clearly made a substantial investment in the event.

Nikon prides itself on educating and inspiring photographers of all levels by offering photography classes and workshops in many locations, so not surprisingly its CES visitor experience was the Nikon School Theatre. Here, Nikon Ambassadors – leading experts in a range of photographic fields – shared valuable techniques while demonstrating the benefits of the latest cameras. This educational experience tied in beautifully with the company’s ‘I Am Nikon’ slogan.

One of my favourite sessions saw fashion and advertising photographer Dixie Dixon presenting ‘The Art and Soul of Fashion Photography’ – featuring the newly-unveiled Nikon D5. National Geographic photographer Keith Ladzinski also ran a session demonstrating the new D500’s attributes, while adventure and action photographer Corey Rich presented a video, ‘Inspired’, showing images shot exclusively with the Nikon D5. The experience of these professionals putting the new equipment through its paces really seemed to bring their expertise within reach of the rest of us ordinary mortals. 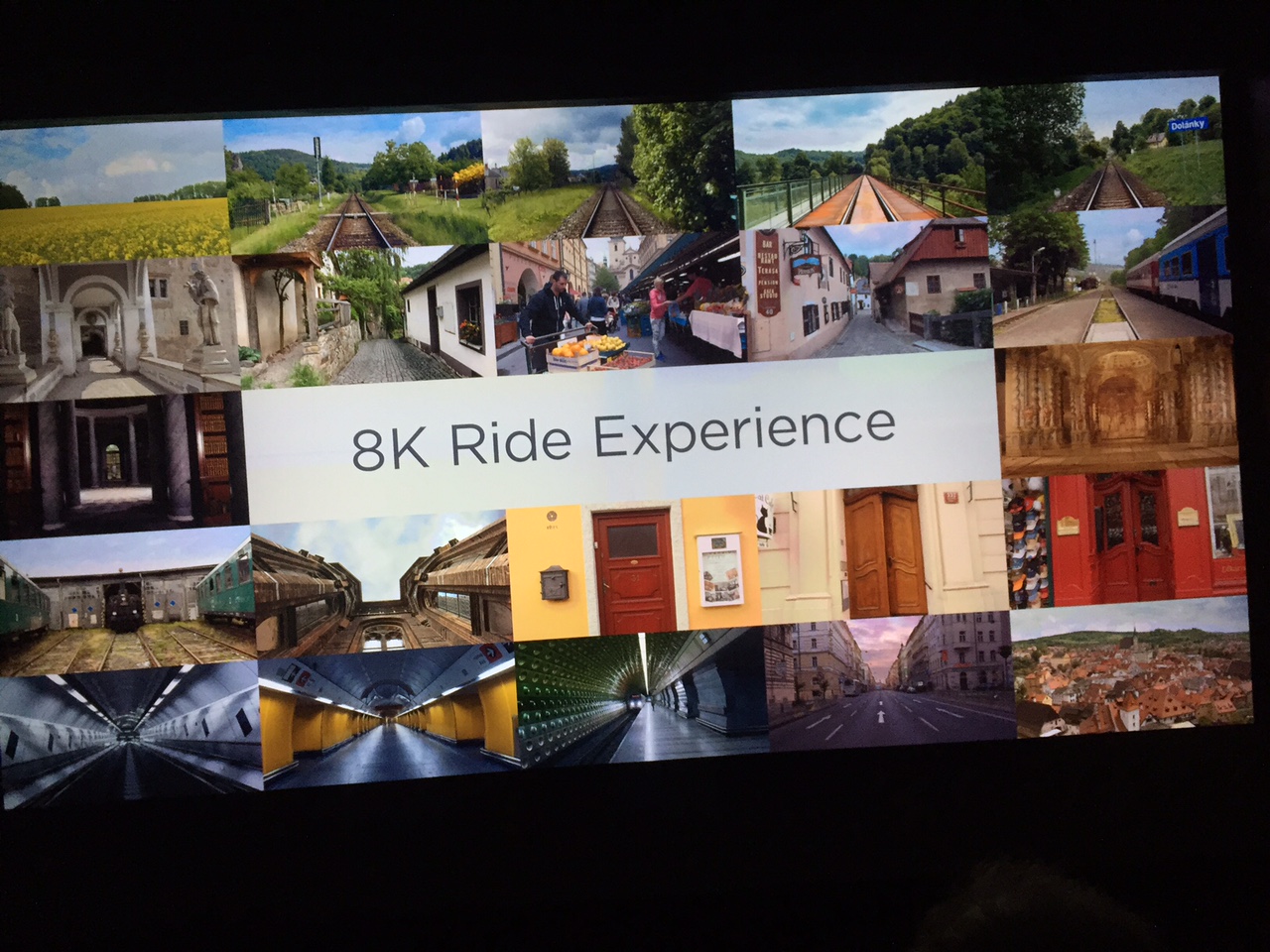 Visitors were wowed by examples of the latest screen and video technology, and my favourite was the Canon 8K Ride Experience, which harnessed ultra high-resolution video to simulate a physical experience. We were shown a two-minute video projected onto three screens. The main central screen directly facing the audience displayed precision definition, while the screens on either side of it showed a blurred image to give the impression of depth. The video, shot in the Czech Republic using a Canon prototype 8K camera, took the audience into a forest and then through the streets of a big city.

Whilst the need for 8K may be disputed, the content was great. The emotion in the music, the various scenes throughout the film had been given a huge amount of thought. You could feel an inhalation as the train moved along the track towards its oncoming destination. And although the scenes depicted images from everyday life, they had been beautifully shot to show stunning landscapes and architecture at its best.

All the major automotive brands  - BMW, Ford, Chevrolet, Toyota and first time exhibitor Kia - showcased innovations at CES but it was Audi that ranked as my favourite. Their experience showed off three big trends – autonomous vehicles, IoT connectivity and virtual reality.

It demonstrated the ‘connected car’ of the future, showing a new version of the computer than runs its impressive self-driving cars. In addition to a virtual reality car configuration system and new lighting tech, visitors saw the Audi Fit Driver – a system that uses wearable technology to monitor how stressed or tired the driver is at any time. The car then adjusts elements such as lighting and heating to enhance the driver experience.

Needless to say, virtual reality experiences abounded at CES – from the Google Cardboard to the Oculus Rift. Queues snaked all around the huge Oculus stand; visitor interest no doubt fuelled by the fact that a consumer version of the Oculus Rift goes on sale this year. VR experiences ranged from underwater vistas to the Toybox, which presented a virtual sandbox. This game allows two players to interact simultaneously with a variety of different toys. Moving beyond entertainment, VR experiences are now being developed for a host of applications: one company, Vivid Vision, has developed a VR game using Oculus Rift to treat people suffering from impaired vision.

Sony had a major presence at the Show, promoting its new VR PlayStation. Another major player, Taiwanese tech firm HTC, premiered the Vive headset, which merges the physical with the virtual by incorporating a front-facing camera allowing the wearer to make out surrounding objects and avoid collision. 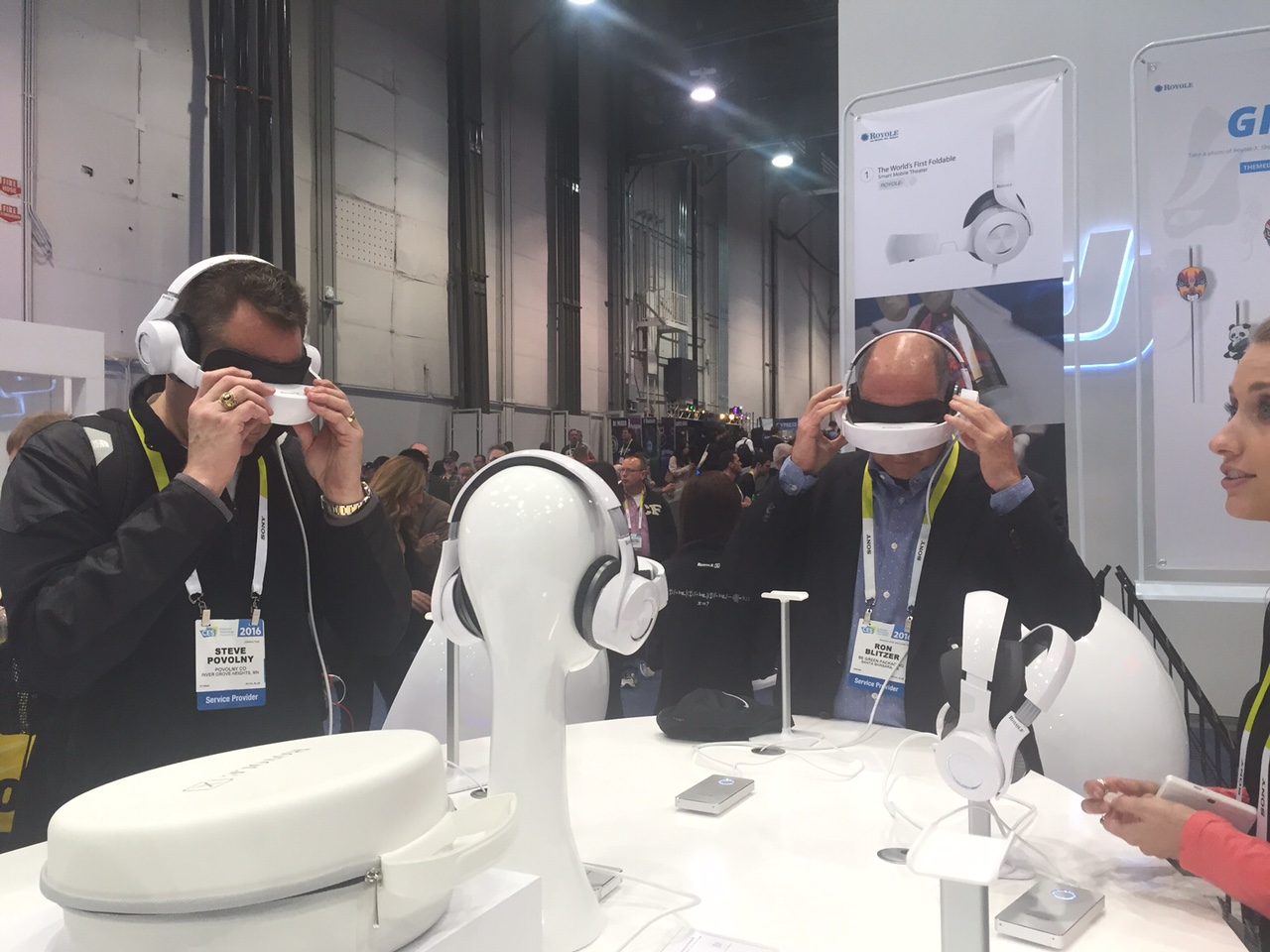 An overhead experience in their own right, drones were everywhere at CES this year. Whilst they have been around for a while, they were so prominent at the event that it’s impossible not to mention them. We saw more sensitive and intelligent models than ever before, appearing in all shapes and sizes; many demonstrating their incredible video and photographic skills.

Blog: CES 2016 - the innovations that will enhance experiential brand activity

Blog: 2016 - the year the event and tech worlds collide