As the lines are increasingly blurred between experiential and PR, Purity's Rob Quinn asks if the two different disciplines are 'friends' that can work together or 'foes'.

There is no doubt that as experiential has grown it has increasingly linked with PR to enhance the profile of events and experiences. There has been a growing realisation by specialists in each discipline that the sum is greater than the parts and experiential is increasingly seen as the platform to create the content for PR to leverage. Big names from the coolest of sports brands through to high street financial services companies are using PR before or during their experiential campaigns to grab the media’s attention.

Brand experience and event agencies are joining forces with their PR counterparts to create some great work. Earlier this year Kaper PR and Big both played a role in delivering the celebrity wow factor as Mastercard holders came face to face with their heroes in a series of ‘Priceless Surprises’ with the likes of Kaiser Chiefs, Usher and Paloma Faith in the run up to Mastercard’s sponsorship of the 2015 Brit Awards.

On a smaller scale a campaign that made me grin was Lyle’s Golden Syrup dispensers that only delivered porridge and golden syrup to commuters who smiled at the dispenser. It used clever recognition technology and logistics through Slice and maximised media exposure via Mischief PR. It reminds me of the Carlsberg billboard in Brick Lane dispensing beer under the line Probably the Best Poster in the World - no doubt securing acres of media coverage whilst delighting consumers.

We also recently worked with Edelman PR to launch the Green & Black’s Taste & Colour Tour. Edelman managed the media and we worked with them on the creative concept and then delivered the production and logistics of the tour. Similarly we’ve worked with Touch PR on a number of PR stunts, from parking a life size tractor cake in London for Assured Food Standards to hosting a whisky tasting 40 meters in the air for Grants. 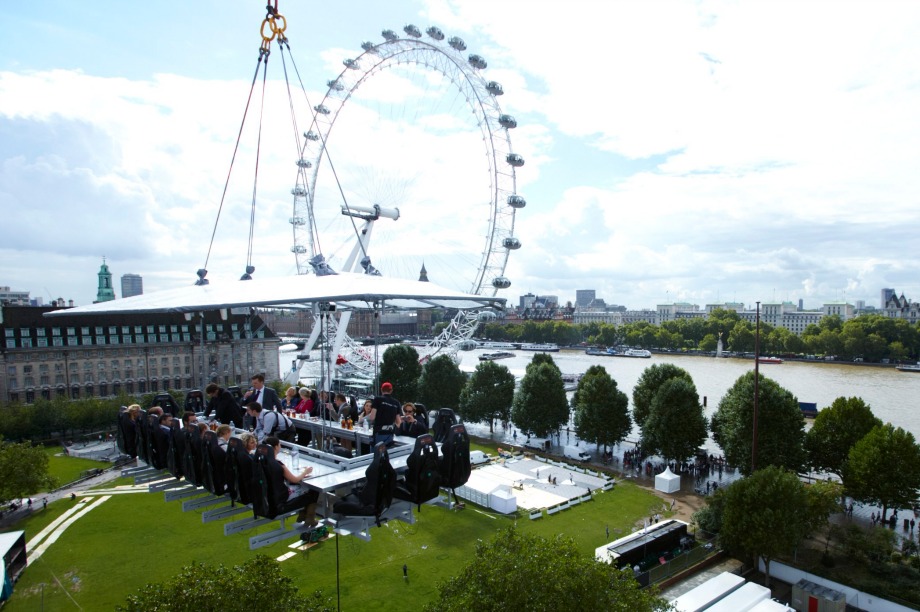 What all these campaigns have in common is that they deliver unique and often unexpected experiences that live longer in the memory, interweaving concepts and touch points to create a powerful and immersive message. Creating this sort of social currency and social commentary is pure gold for brands and, of course, agencies.

In many ways experiential and PR make natural bedfellows. PR engages with the media whilst experiential engages directly with the consumer. Both are also extremely adept at harnessing the power of social media. Put them together and you have a very effective communication platform. Who can forget Gail Porter projected on the House of Commons, it’s gone down in agency folklore.

When a great PR idea is combined with an experiential campaign the creative concept can be extended hugely and taken directly to the consumer to engage and delight people on a one-to-one basis. PR can often light the touch paper for an experience that a brand experiential agency ultimately delivers, providing logistics that underpin the PR stunt and ensuring the message snowballs.

It should be a match made in heaven but the temptation to step into each other’s territory is a great. Increasingly agencies offer each other’s services within their own toolbox and there is a danger here of confusing the lines rather than blurring them. Each require strategic thought and conceptual ideation that should be mutually harnessed and not forced upon each other with a lack of foresight.

When I look back over the last couple of years, to my mind, the best work has come from a collaboration of PR and brand experience agencies – each doing what they do best - producing clever, creative work that generates column inches and unforgettable experiences.

So, let’s be friends, we can do great things together.

Check out our blogs page on everything from Secret Cinema and drones to retail experiential marketing.

Blog: A view from New York

Blog: The devil is in the retail