Ethereum co-founder Joseph Lubin spoke at SXSW about the new age of the internet he calls "Web 3.0."

The way in which we use the internet is about to change forever as we continue to move towards a decentralized cyberspace where cryptocurrency governs, not corporations.

The cloud of mystery that envelops blockchain is slowly evaporating, and people are starting to see the benefits of trading with tokens like Bitcoin and Ether, said Joseph Lubin, entrepreneur and Ethereum co-founder, who spoke at SXSW today.

"It’s a new way of architecting, delivering and using applications," he explained. "So instead of the client server architecture where you’ve got one company, say Google or Facebook, that has a bunch of servers and we’re interacting with them as a counterparty, this new kind of application paradigm has all the different nodes on the network and they are all effectively the backend for the application. So nobody is in control of it, and you can build these platforms where no one’s overly monetizing it."

To understand this, let me take you back to 2009 when Satoshi Nakamoto created Bitcoin. In building a new form of currency, he actually invented three things: blockchain (a new shared database infrastructure), the first application on blockchain (a money system which included cryptocurrency Bitcoin) and cryptoeconomics (which basically marries the first application with blockchain and enables users to share resources). 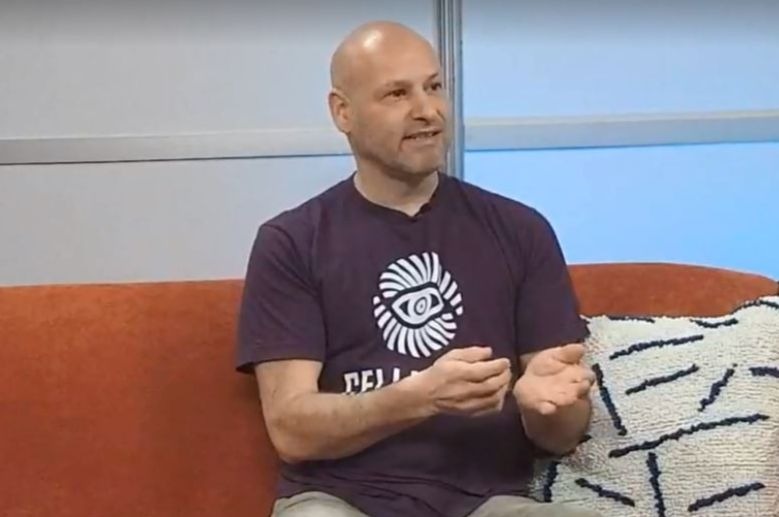 In 2012, people in this space felt applications other than those created for money should be built. Enter Ethereum, or as Lubin calls it, "Web 3.0."

The entrepreneur has helped create a platform in which multiple applications could be built and shared. One of those is known as self-sovereign identity, a concept that enables users to control encrypted pieces of personal data. It’s a huge draw for consumers, many of which have fallen victim to third-party fraud.

"On the web right now, I would argue that identity is broken," said Lubin. "We spray aspects of our identity around the web, it’s stored on corporate servers and is monetized by corporations, and often aspects of your identity aren’t well secured by those organizations."

So how is Ethereum changing industries today? Well, its new platform Ujo has transformed the music world right under our noses. You’ve probably never heard of it, but it’s already popular with countless artists including Imogen Heap.

Ujo is a rights management application. Artists can upload their personal identities (or band identity), share their content and attach a usage policy in the form of legally-enforced hybrid blockchain agreements instead of signing a physical piece of paper. It’s basically made lawyers in the music industry redundant.

"Artists can sell licences to public performance to works rights, and consumers can come along and pay the artists in real time, and that money gets distributed in real time," he explained. "Unlike the traditional music business where there are lots of people with law degrees, who serve intermediary roles and extract a vast amount of value from the ecosystem, this new blockchain architecture enables providers to more directly access their fan-bases of consumers with much less mediation."

Put simply, you and I aren’t using blockchain-based applications right now because they don’t look sexy. The community is working on making these apps appear similar to the interfaces we use today. Eventually, they will seamlessly blend into the internet. We’ll use them without knowing it, and we may never understand how it works.