An astonishing number of chief executives currently at the top of the UK media industry used to work at just two companies - the publisher Emap and the media agency BLM. Gideon Spanier asks current bosses from BLM to explain what they learnt from their former employer and how it informs their leadership now.

Steve Booth, Nick Lockett and Charlie Makin picked a good time to build BLM a quarter-of-a-century ago – just as agencies were turning their back on "full service" and focusing on creative or media.

Their media agency, originally called Kenny Lockett Booth, was founded in 1990, at the same time as its rival independents PHD and Manning Gottlieb. BLM soon established itself as a magnet for young talent who wanted to work in an entrepreneurial, fast-moving environment rather than a safe, established business.

But Booth, Lockett and Makin weren’t novices because they had worked at Saatchi & Saatchi’s media department during its 80s heyday. BLM went on to time its sale well to Havas in January 2008, just before the downturn, and it exists to this day under the name Arena Media.

The fact that BLM was employee-owned meant staff had a freedom that they wouldn’t have enjoyed at a big group. But now that these four BLM alumni all work for holding companies, they say independence was less important than a willingness to embrace change and not hold back. 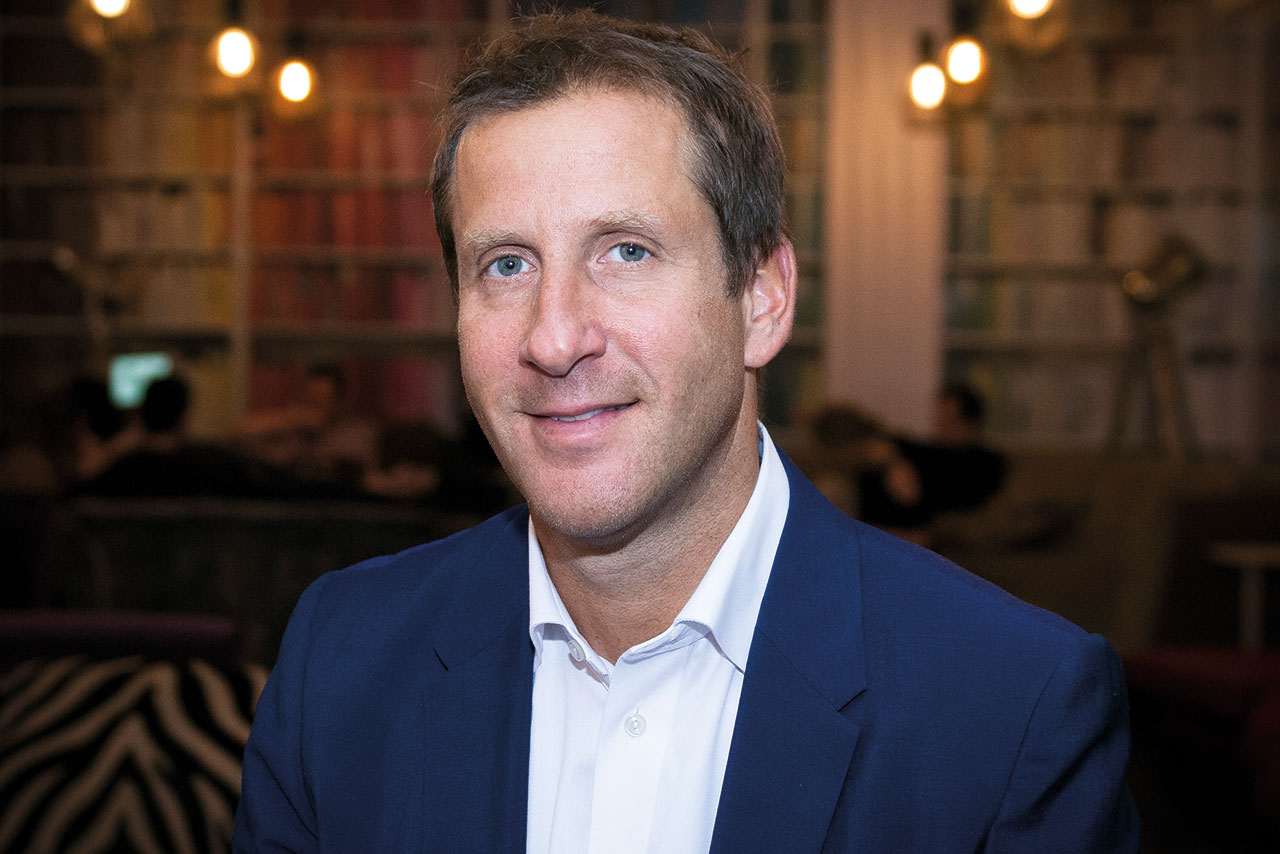 "What made BLM a success was that it attracted clever, not cool, people. It wasn’t full of trendy hipsters (sorry, Pedro!). There was something quite ‘uncool’ about BLM, which made for a brilliant culture – just smart, fun-loving people who didn’t take themselves too seriously but were willing to work hard.

"The culture reflected Steve’s personality, in particular – smart, entrepreneurial, aggressive, funny, not prepared to be bullied and with an unrelenting self-belief. If you were a bullshitter, you would not do well. But if you could sell an idea to Nick and Steve, they would let you do it.

"Steve would give you autonomy, which meant you were empowered. But if you messed up, you were accountable. Having so much responsibility at such a young age has definitely helped me in my career. I was also fortunate to have Nick as a mentor because he was experienced, old-school, disarming, inspiring and great fun.

"The BLM ski trip was legendary. I was lucky enough to go three times. Nick and Steve would lead the charge in Zermatt on the slopes, with the singing and in the bar. But what goes on tour…

"Surprising as it may sound, BLM and MediaCom, where I work now, have a lot of similarities – an agency full of smart people with small egos. I learnt from BLM that an entrepreneurial approach is critical to success, regardless of the size of the agency, and change is a constant or you go backwards.

"My advice to any young person getting into the industry is always the same: put your hand up for everything, particularly the things that seem the scariest. Independents are usually smaller, so the opportunity to do scary things like pitching can arise earlier in your career. That said, at MediaCom, we are always willing to throw junior staff in at the deep end if they are capable and are up for it." 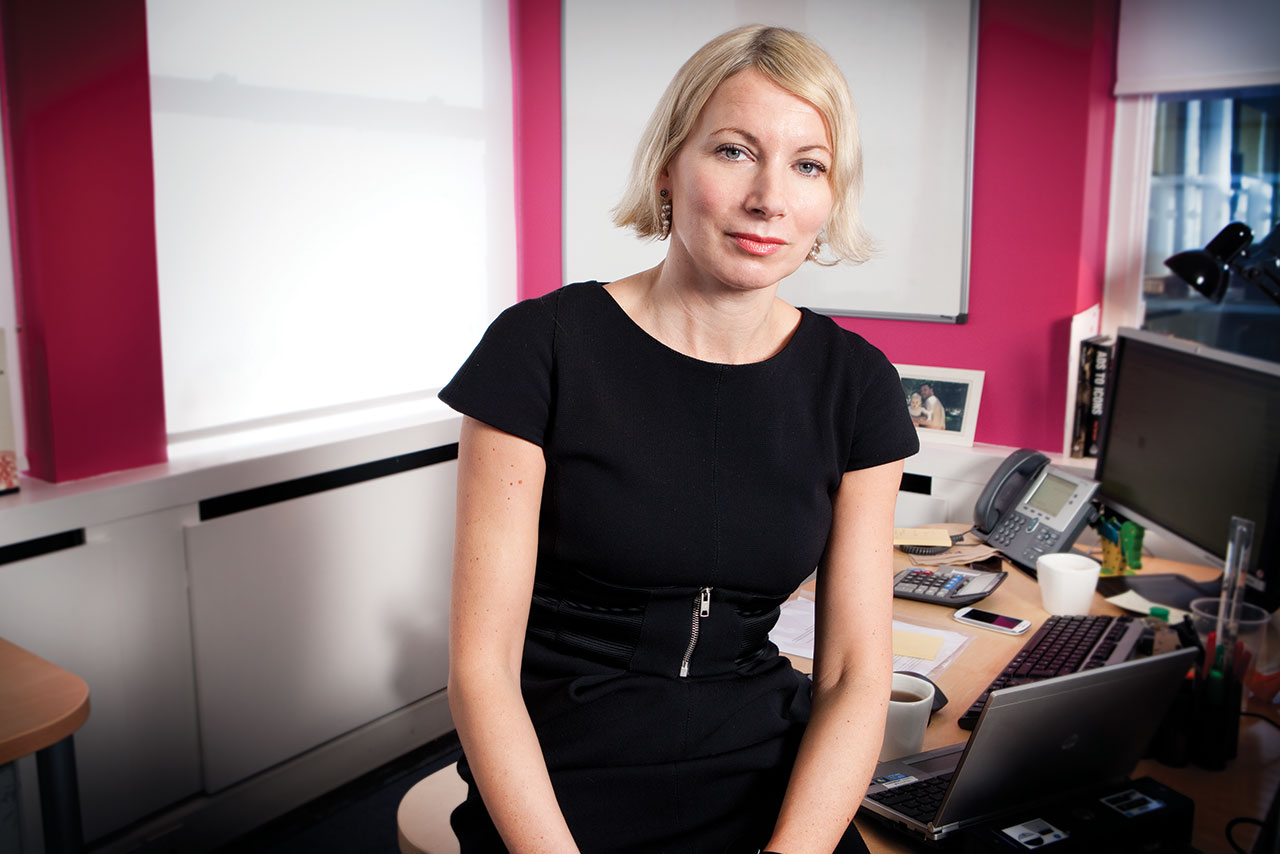 "Most of us at BLM had started our careers at network agencies – I had been at Initiative for eight years before – and I think being independent gave us the opportunity to spread our wings. We felt empowered to try things, to do things differently, to stretch what was possible because we only really had to answer to ourselves – to Steve, Nick and Charlie.

"We were encouraged to move quickly, be ambitious and make fast decisions, even if we got them wrong. A phrase that we used to reference often was: ‘It’s better to be approximately right than precisely wrong.’

"In brand speak, we were a ‘challenger brand’ and often viewed as a boutique, ideas-led shop. We tried to live up to that as it differentiated us from other agencies. It meant we were often added to pitchlists as a ‘wild card’, even if clients didn’t really have much intention of seriously appointing us. For both clients and talent who felt disenfranchised by large businesses, I think we were a refreshing change.

"Steve, Nick and Charlie had a serious ‘work hard, play hard’ culture that ran throughout the agency. The rewards were a lot of fun and laughter. For quite a while, we were of a size that meant everyone pretty much knew everyone and we made sure we all partied as an agency together.

"Our annual ski trip was four days of unrivalled fun and, frankly, ridiculous excessiveness. We also loved fancy dress parties and went for it. Some of the themes – chav and bling, doctors and nurses, frat party – should give you an idea.

"Most of all, what I learned from BLM was how to run a business, not just a media agency. We were at the sharp end of how to make a business work, from top to bottom, with ambitious growth targets. Ultimately, we knew we’d sell at some point. Added to that, we had skin in the game – we were directors, with our names registered at Companies House. During tough economic times, that was pretty terrifying. But most of the time, it was exhilarating.

"We established clear roles and responsibilities but also a cohesive team dynamic. It was a pretty open and honest culture among the leadership team. We told it how it was, which made for some lively board meetings, but it was inclusive and meant less politics. That’s something I’ve learned is important.

"I was the only woman on the board throughout the time I was there. That taught me to find my voice and about working with alpha men. It was also the reason I joined Wacl.

"Looking back on our shared experience, I feel it was pretty unique, especially as there are fewer independent media agencies now. Independent businesses aren’t better; just different." 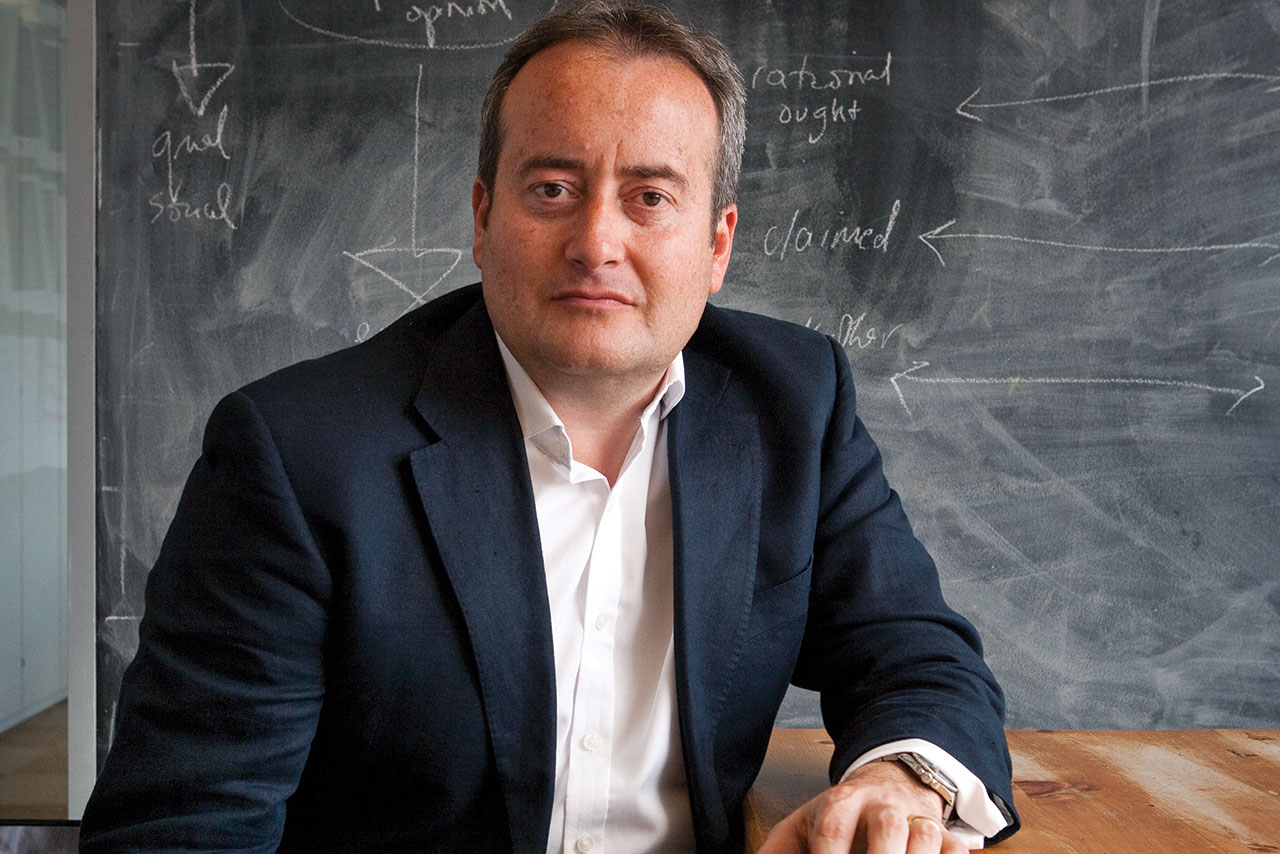 "Steve, Nick and Charlie created a heady cocktail of fun, commercial thoroughness and a belief that they were the best. They delegated quickly and encouraged youth. We were a certain age and they were bosses who tried to enjoy the afternoons. They had a view that if you’re good enough, you’re old enough – and they gave many of us shares in the company early on. As a team, we rode the highs and lows together and they always shared – warts and all – what was going on.

"I wouldn’t say there is a BLM alumni network where we seek advice from each other, but it has remained a great agency with a great culture, which is still strong today and why I stayed for so long.

"When I look back on my younger self at BLM, my advice would be: work hard, meet people and always go to your boss with ideas. Always follow the money. Negotiate hard but always for a win-win situation – being small meant we had to find alternative approaches. Read and read and read about the subject you want to master. And, remember, clients can be your friends. Even when we were fired by a client one evening after an argument – Steve stayed up all night with this client, winning them back!" 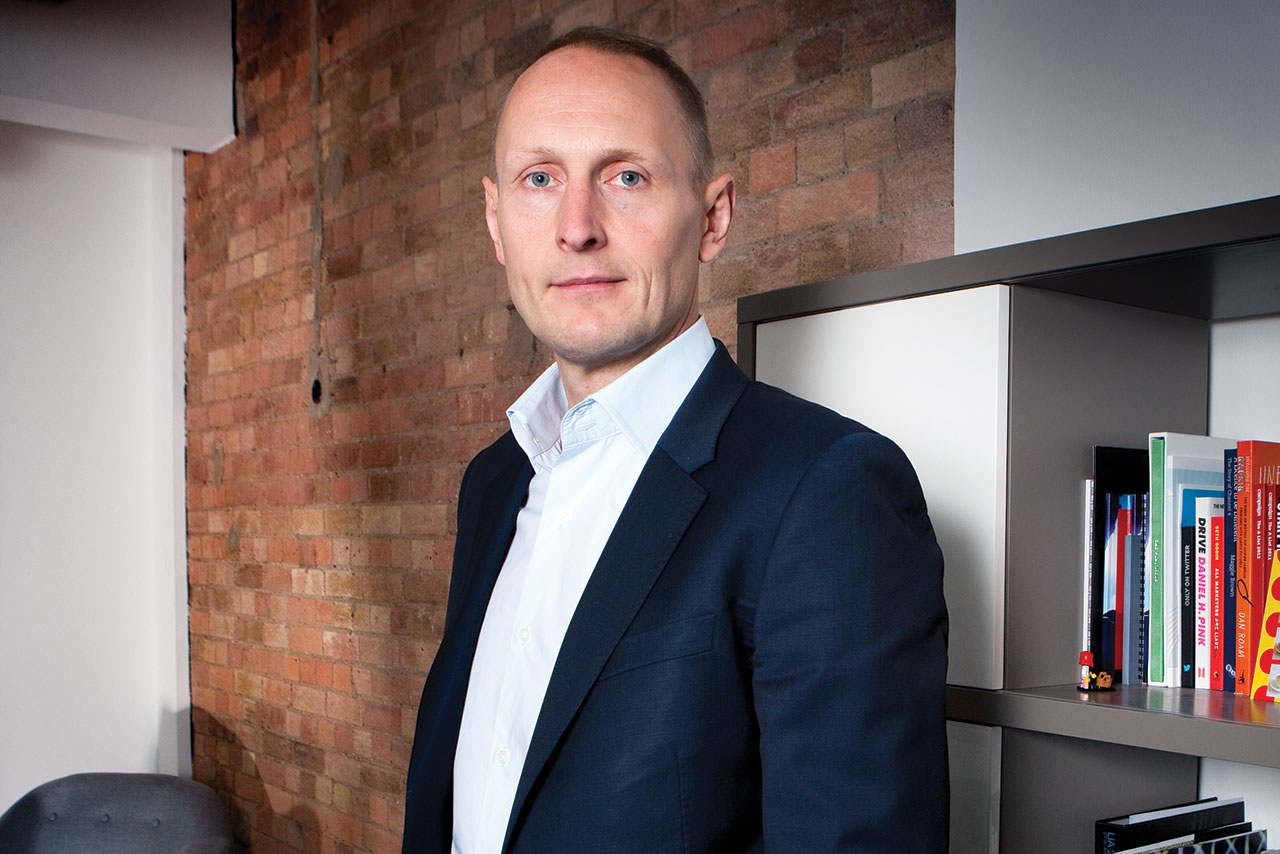 "It was a highly entrepreneurial environment – never afraid to experiment on new products and services, never dwelling for too long if something didn’t work out, but always celebrating when it did. And properly celebrating.

"The boys – B, L and M – knew the value of brilliant relationships, with clients but also famously with media owners, which I think showed us all how far goodwill, good manners and good fun can take you.

"BLM instilled in all of us the value of innovation, knowing your numbers and moving at pace – not least in the digital world, where the agency was an early mover, ahead of most other media agencies.

"Steve, Nick and Charlie were well ahead of the Silicon Valley crowd – albeit in suede loafers and Ralph Lauren polo shirts.

"And we had a load of fun – among ourselves, with clients, with media agencies and with the whole agency, and quite often all at the same time.

"One memory that always puts a smile on my face was when BLM and Arena Media came together, soon after being bought by Havas, and we were invited to Buenos Aires for a conference to meet the rest of the network, which was principally made up of Spanish-speaking Latin American markets.

"Steve decided to learn his ten-minute speech in Spanish without really knowing what he was saying – which was deeply impressive – only to disappoint people for the rest of the trip when he couldn’t say anything other than ‘hola’.

"When I think about what made BLM special, I’m not sure it’s about independence. It’s about not holding back. There is still opportunity everywhere for people in agencies today. My advice is: find time to learn about stuff you think people need to know about – ideally, something few people do – and then find a way of making that valuable in your business. Technology means there’s probably even more scope to do that today than there was then. And, most importantly, don’t just say the same thing as everyone else. It worked for B, L and M."

Where’s the best place to start a career?

Emap: A hotbed of future leaders

Breaking down the glass wall

Simon and Henry Daglish share brotherly love for the media