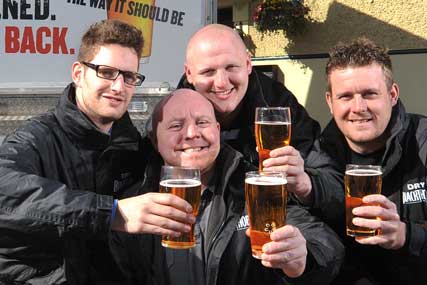 Following the public outcry and Facebook pressure groups protesting against the new formulation of Blackthorn Cider, Dye Holloway Murray is now highlighting its return to its old recipe through a print, outdoor and online campaign.

The names of the campaigners that spearheaded the Facebook protest against the new flavour are featured in the outdoor campaign, which highlights that the west country beverage has returned to its former glory.

'Dear Bristol, you spoke, we listened, Dry Blackthorn is back' , the outdoor ads explain, while an interactive campaign running on digital panels and online invites people to 'Thorn' the things in life that wind them up.