Black Friday has landed in earnest in the UK with Walmart-owned Asda spearheading the charge, but will it lead to the mania it has created in the US?

A thread on Reddit has horror stories of grannies punching teenage boys and staff being sacked for warning old ladies of the dangers of coming into the store on Black Friday.

It is hard to imagine such tales being emulated in the UK, but this could be proved otherwise as retailers attempt to whip up the usually placid Brits into a frenzy.

Asda is running a marketing campaign for its Black Friday event that it claims offers "earth-shattering savings" and will see one in three shoppers take part in the event.

"Given these never-been-seen-before deals, we’re anticipating tomorrow to be the busiest shopping day of the year so far, so we would encourage customers to head to store quickly to avoid disappointment, because once stock is gone - it’s gone," claimed Andrew Moore, Asda’s chief merchandising officer for George and general merchandise.

Meanwhile, John Lewis, Amazon and Very.co.uk are among the other retailers looking to boost sales with deals, or price-matching, this Friday.

Black Friday has significance in the US because it always happens the day after Thanksgiving, but in the UK it could prove harder for retailers to shoe-horn it into the UK shopper’s psyche.

"Black Friday in Europe is a retailer-driven marketing gimmick," said Forrester online retail analyst Martin Gill. "Thanksgiving doesn't exist in Europe, so ultimately it's an arbitrary date in the calendar that some European retailers are starting to try and leverage to kick-start Christmas sales."

Despite its arbitrary date, analysts are not ruling out the possibility that Black Friday may gain traction in the UK, especially with the clout of a big retailer like Asda behind it.

"Although it might take several years to really gain momentum, as it did for Halloween to become a major retail event in the UK, Asda’s Black Friday innovation is likely to see the day [become a] high point in fourth-quarter trading," said Bryan Roberts, Insights Director, Kantar Retail comments.

The rapidly increasing influence of the internet on the retail environment means the US’ long-standing Black Friday tradition is likely to translate easier to the UK than it would have in the past.

"The internet has flattened the world and with many US retailers now shipping to Europe from their US websites, it's inevitable that European shoppers begin to work out that they can grab some pre-Christmas bargains," said Gill.

And yet, it could be that the explosion of online shopping could be the very factor that holds back Black Friday from ever gaining a foothold in Britain. 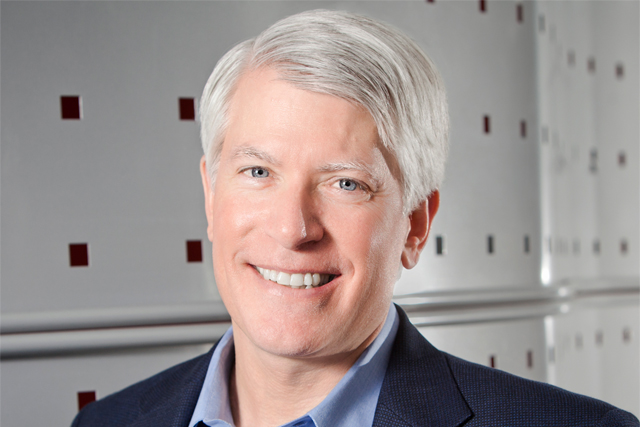 Larry Freed (right), chief executive of US-based customer analytics firm Foresee, has clients in the US and UK and believes, even in America, Black Friday hysteria is receding. "There are still people camping outside of stores but to some extent Black Friday is being diminished," said Freed.

The prominence of online and the trend of retailers offering discounts before Black Friday as they try and steal a march on the competition is helping to turn the tide.

Retailers are also seeking to improve the customer experience in store on Black Friday with some considering placing heavily discounted items such as televisions outside the television sector to avoid stampedes, according to Freed.

Research firm Experian believes the peaks and troughs normally associated with Christmas shopping caused by events such as Black Friday and Cyber Monday, which is due to fall this Monday, are disappearing.

Whether Black Friday will capture the imagination of British shoppers hangs in the balance.

Experian still predicts Monday will be the biggest ever day for online retail in the UK with 113m visits to online retail sites, but retailers will need to take a more balanced approach this year and cater for shoppers "on the high street or on the go".

"What we don't expect to see this year is the well-defined peaks and troughs of shopping activity over Christmas," said Experian Marketing Services digital insights manager James Murray. "With the growth of mobile and the ease of quick one-click shopping, we expect to see the homogenisation of shopping days as consumers are less confined in their shopping habits."

Whether Black Friday will capture the imagination of British shoppers is the big question, but those that do jump on the bandwagon will need to make sure they get the customer experience right.

Black Friday helps "set the tone for the rest of the year", argues Freed, and pulls in customers that retailers may only see once a year. If the customer experience is right these one off shoppers could be turned into year-round customers.

After all, a customer is for life, not just for Thanksgiving.

Black Friday gains traction in UK, with 72% of consumers aware of the term

Halloween time: The top 15 most-shared scary ads of all time