IBM, Universal, Sony and Intel experiences were the most impressive, say festival attendees.

While Austin’s streets used to be crowded with startups screaming for attention at South by Southwest Interactive, the most impressive brand activations this year were hosted by large tech and media companies.

"Before, there was always a hot app and flashy tech items on display," said Matt Britton, CEO of marketing tech company Crowdtap. "Now the market has shifted. This year, there was a huge presence from tech companies and publishers who have the resources to pull off memorable activations."

Tech brands like IBM, Intel, Sony, Facebook and YouTube and media giants like Universal, National Geographic, Netflix, Bravo and Hulu infiltrated the festival. Some kept their activations simple. Hulu, for instance, had a swarm of women walking around the festival, heads bowed, dressed like handmaids from its upcoming show "The Handmaids Tale." And YouTube and Facebook had spaces that highlighted their advertising services, complete with interactive photo booths. However, the brand activations that caught advertisers’ admiration the most were massive and multi-faceted.

Take IBM, which rented out Austin’s 8,400 square foot Brazos Hall for four days to demonstrate the company’s Watson technology. Guests at the "Makers’ Garage" could use the technology to design a T-shirt, remix a song, get a beer recommendation or create a bot. The company also used the space to host discussions about topics like quantum computers and blockchain networks.

Just 2 days left to see what #ibmismaking at #sxsw. Take a look inside the @IBM studio. No badge needed: https://t.co/9VeRMBZtSd pic.twitter.com/G344CZi8hY

Universal created a zero gravity VR experience at the Austin Convention Center for "The Mummy." The activation positioned festival goers in Position Voyager VR cinema chairs with the ability to rotate a full 360-degrees, and presented an Occulus Rift VR film featuring Tom Cruise testing out his zero gravity stunt he performs in the film, set to premiere on June 9.  Before guests entered the experience, they could view the mummy sarcophagus in the film. Andy Amendola, senior director of digital strategy and media at The Community, said it "took VR to another level with a full haptic experience." 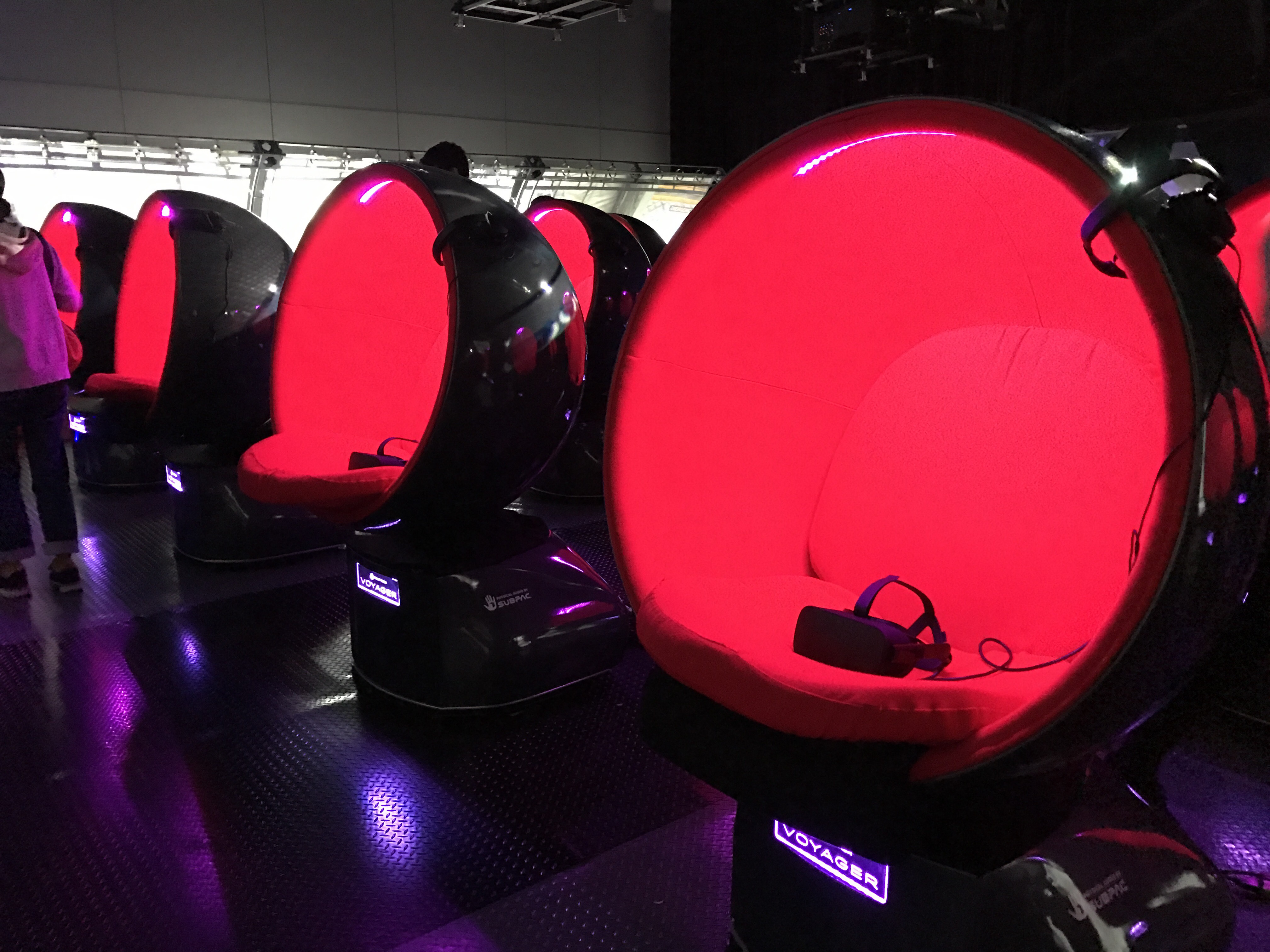 These large-scale, expensive activations were stronger in the end because they make lasting impressions, said Whitney Fishman Zember, managing partner of innovation and consumer technology at MEC. Other ones, she said, get buried in the "often clutter of free crap." IBM’s activation was one of the best this year, she said, because the company understood its audience and was effective. "They were able to bring to life what AI can do," she said. "A lot of people still associate the company with the Weather Channel, so they created an all-encompassing experience that targeted consumers, marketers, potential brand partners and developers."

In comparison, startup activations faded into obscurity this year, noted attendees. SXSW was once known for launching startups onto the scene. Twitter is one of the most well-known success stories of SXSW. In 2007, it attracted users by placing flat-panel screens in the hallways at the festival, a move that cost them $11,000. Attendees could text a message that appeared on the screens. In 2009, Foursquare became popular simply through word of mouth. However, the last time a start-up made noise at SXSW was in 2015, according to Amendola. Meerkat was the breakout app that year and gained traction without an activation. That same year, battery case startup Mophie had one of the most beloved activations of the festival when it sent Saint Bernard dogs to save attendees before their phones ran out of battery. Startups this year were quiet. "The years in which the Foursquares and Meerkats of the world can make noise are dwindling," he said.

"SXSW isn't so much the launch platform for startups as it was a few years back," said Niklas Lindstrom, director of interactive production at Droga5. "With the ever growing size of the festival, it is even harder for companies to stand out."

Moreover, said MEC’s Fishman Zember, it’s harder to get a permit in Austin than it once was and real-estate costs are rising. Instead of investing in pricey activations, startups are engaging as panelists, a strategy she believes is more effective for brands of their size. "Your name is irrelevant if people don’t understand what you do and why you’re different," she said. Panels featuring young companies this year included "Austin’s Best VR/AR Startups," "Legal Roadblocks for Startups" and "Silicon Valley 2.0: Cannabis Startups."

Even larger brands, like SXSW powerhouses such as AT&T, Samsung and Chevy, decided to opt-out of presenting large activations this year. "2017 may be the year that programming was the focal point over experiences at SXSW," said Tom Edwards, chief digital officer, Agency at Epsilon. "In previous years, you would see major brand installations from sponsors featuring a mix of products and technology. It was an odd feeling, as the best word to describe SXSW Interactive this year was subdued."

Britton suspected the quieter climate was due to investments in other marketing opportunities. "Brands advertise themselves at SXSW because they believe that they are reaching a tech-savvy crowd," he said, "but now there are so many ways for them to reach that audience it’s not worth it to spend so much money to come to SXSW."