"So I swallowed the imposter syndrome that occupies the minds of so many women, and walked into the big conference room to pitch Michael Roth and IPG..."

Ever asked for a multi-million dollar investment to start your own business?

As an agency creative with 25 years in the agency business, I had not.  In truth, I've never even watched Shark Tank. And yes, women only receive 4 percent of PE investment dollars.  But the odds being stacked against us didn't matter.

As my colleague Erin Gallagher and I walked into IPG CEO Michael Roth's office for this meeting we knew it would change our lives - one way or another.

I was betting on us. Because we knew nothing was going to stop us from doing our life's work.

Still, as we approached the meeting, I did think that this could be the day we got fired.  But then I told myself that throughout my career, it was the ideas that could get me fired that typically got us hired.

So I swallowed the imposter syndrome that occupies the minds of so many women, and walked into the big conference room to pitch Michael Roth and IPG the idea of investing in a different kind of business: A woman-owned culture consultancy.   One focused on working with companies and brands to advance equity for women while driving business outcomes.

My colleague Erin summed it up best when she said "In a world that isn't built for women, we are creating a consultancy that is." And we had an incredible head start.

In early 2018 when I was a Chief Creative Officer at Golin, we led an initiative called "Have Her Back," essentially a challenge to our industry to do better for creative women.  We spotlighted actions agencies could take, and lived it at Golin. Our creative leadership moved from 20 - 42 percent female. Over 80 percent of our creative hires were women, and we were the only PR Agency that signed on to the 3% Pledge for Pay Equity.

And then something unexpected happened.  Some of the biggest companies and brands in the world reached out and wanted to know if we could consult on advancing gender equity within their companies.  We unknowingly had become sought-after experts.

We live in a world where the public is demanding gender equity and taking actions against companies that aren't addressing this cultural movement.  The opportunity for brands is enormous given women have 85% of the purchasing power... but efforts in the empowerment space don't come without their challenges. This is where Have Her Back as a consultancy to help brands navigate this landscape became a purposeful and viable business opportunity. More importantly, we would impact far more women working 24/7 to affect change.  And it's the reason why we were in front of Michael Roth on that day.

Most companies talk about Diversity & Inclusion but IPG lives it. Michael Roth has always been action-oriented around diversity & inclusion. In partnership with Chief Diversity Officer Heide Gardner he has made D&I one of the key differentiators at IPG - way before it was culturally relevant to be so.  Roth supported Have Her Back by championing it, keynoting one of our events and most importantly, by taking actions.

This includes making The Martin Agency, Weber Shadwick and UM women-led, supporting client initiatives like being a founding partner of The Unstereotype Alliiance, to IPG's recent promotion of Ellen Johnson to CFO, making her the highest ranking woman of any holding company.  For all of these reasons, we felt confident we could have this discussion with him.

But would he support the idea of Have Her Back becoming its own company? And if so, would IPG be a minority investor so that this business could be authentically woman-owned?

Michael listened to our pitch intently and after some questions, he asked the one that mattered most:  "How quickly can you get me a business plan?"

He was interested. We were a combo of thrilled and scared.  Now we actually had to give up the relative safety of our agency and corporate jobs to go launch a new kind of business.

That was several months ago and after some tough negotiating and even tougher planning, we launched Have Her Back Consulting into the world.  And we launched just days after the CEO Business Roundtable declared that businesses exist not just for profit, but to do better for their employees, customers, suppliers and shareholders.  Women, of course, are all of those stakeholders. And their voice, their influence, and understanding that there is strength in numbers, has created the seismic cultural shift we find ourselves in today.  All of that represents a giant opportunity for companies.

We have one additional founding partner in Pamela Culpepper who brings a perspective and expertise in internal culture change that is sorely needed in today's environment.  And our IPG board member is none-other than Ellen Johnson herself, someone who knows a little something about running successful businesses.

I look back to that Michael Roth meeting where we thought we could have been fired and now know that it was the day we took control of our future.  We plan on making our business worthy of IPG’s support.  And worthy by helping make the future better for women.  Our business - like that pitch meeting - could go either way.  But I'm betting on us.

Caroline Dettman is the co-founder of Have Her Back Consulting. 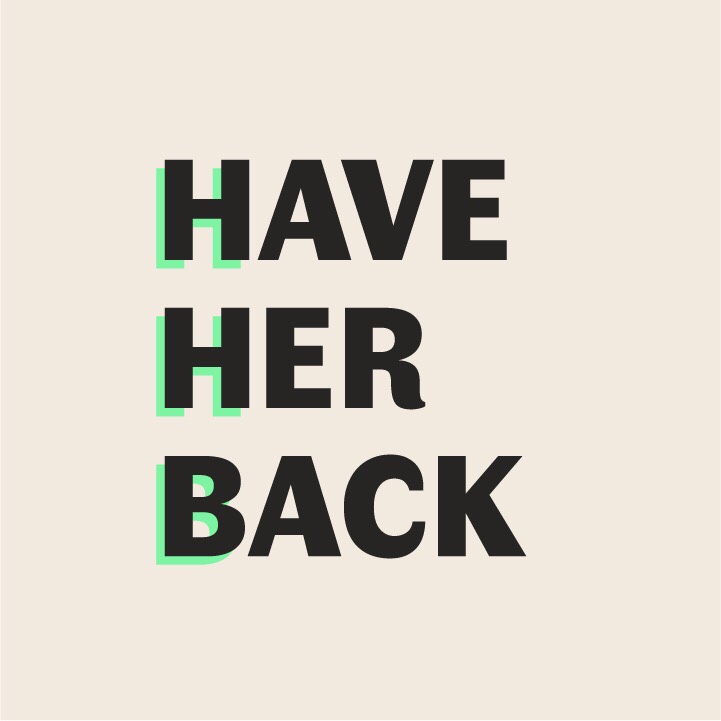 Four female leaders on growing a culture of innovation