GoDaddy launches in APAC, JWT makes a documentary with the BBC, and a new kind of creative rises in Thailand

GoDaddy launches in 11 Asian markets with personalized marketing priorities
The notorious Web hosting service has launched in 11 new markets in Asia, but don't expect to see the brand running the type of bawdy ads it became famous for in the US.

The rise of the non-advertising creative in Asia
Thailand is a distinctive voice in Asian marketing and advertising. But locally, some of that creative power is shifting from ad agencies to a new breed of independent creatives who are empowered, entrepreneurial and spreading the word.

Programmatic is the Viagra media needs
It can turbocharge how we serve ads — and it's about more than better targeting, writes Mindshare chief strategy and digital officer Norm Johnston. "Most people don’t know that Viagra was created as a treatment for heart disease. ... There are countless examples of products invented for one purpose, only to be reinvented for a different need. Why should marketing be any different?" 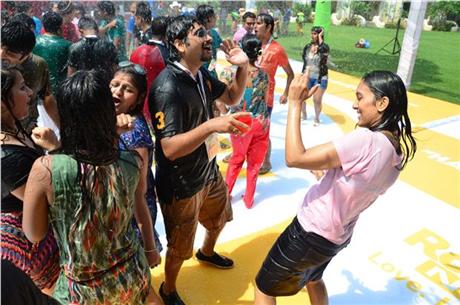 Welcome back McCann, to Indian ad creatives' only industry party
In India, some agencies have steered clear of the Creative Abbys, the awards show presented by the Advertising Club of India. Now, McCann has said it will return to the festival, with entries in all categories.

The name of the game: What is the next level for games and advertising?
It takes only a few over-the-shoulder glances on the Dubai Metro to see the games industry is booming in the Middle East. Video games have soared in popularity during recent years, with the industry as a whole raking in $61 billion in revenue last year. Yet gaming has faced an uphill struggle to monetize its offering in an era when the internet hands so much to users for free.