AMP Agency claims to hold the golden ticket to every brands' consumer identity strategy -- but navigating it in a post-GDPR world requires data transparency.

Using behavioral data to create a consumer identity strategy is no longer reserved for the Amazons and Googles of the world, says an agency which claims to hold the key to unlock the ultimate marketing plan.

Greer Pearce, vice president of strategy at AMP Agency, is urging brands and agencies to dig deeper for layers of data like physical location and actions both on and offline to help paint a fuller picture of a consumer.

"It’s for every retail brand that has a physical, digital and mobile presence," she said, warning: "Those brands that don’t focus their marketing dollars on consumer identity strategies immediately will find themselves playing catch up in the years to come."

AMP says its consumer identity strategy is unique in that it is not simply audience modeling. For example, AMP worked with a fashion brand known for its laid-back, SoCal style to build and expand its consumer base. Traditionally, marketers gather information about brand audience by building surveys and assembling focus groups. AMP abandoned this route in favor of building a proprietary version of doppelgängers -- personas based on actual shoppers.

The agency’s media team geo-fenced each of the brand’s and their competitors’ physical locations so they could observe the behaviors of real shoppers on a large scale. AMP claims it was able to create perfect personas, identify underserved target consumers, build new shopper profiles and weed out low-value customer types (all while making the client’s budget go further, apparently).

They discovered that the brand’s actual shoppers were much more likely to be from coastal states, not from the Midwest as previously thought. While the expected audience was a 35-plus stay-at-home mom or teacher, only four percent of shoppers were seen in school zones, and the majority were observed working in corporate office buildings.

There were also a significant number of younger shoppers browsing, but not buying -- a signifier of a new audience segment for the brand.

"The biggest win for brands who use behavioral data to develop a consumer identity strategy is truly understanding their consumer, which is really the holy grail of marketing strategy -- especially in this era of personalization," said Pearce.

"When trying to understand who the true competitors are for a fashion brand, we're interested in where else consumers shop for clothes. Consumers might tell us their favorite brand is Gucci, but in reality we see them walking into stores like Gap and American Eagle -- and never setting foot inside a Gucci. That tells us something valuable about how a customer sees themselves, versus their actual behavior." 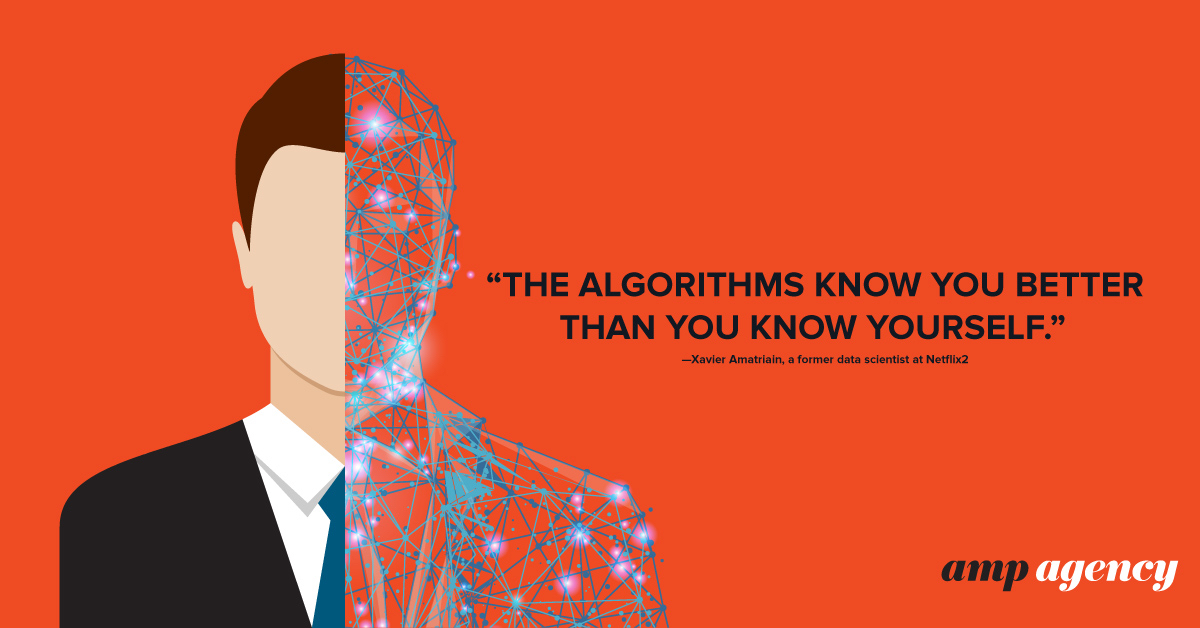 Pearce said even understanding a consumer’s music choice provides a goldmine of opportunity.

"We recently had a client who thought their consumer was listening to niche indie bands, and were hiring brand ambassadors and planning experiential events based on that," she continued. "But when we put together their consumer identity strategy, we saw the consumer wasn't listening to bands like GroupLove or Grizzly Bear. They were listening to The Beatles and U2. Knowing that helped us paint a more accurate picture of their consumer and shift strategy accordingly."

To garner such information, AMP uses a mix of first, second and third-party data -- sticky territory in a post-GDPR world.

GDPR applies to all E.U. citizens, but even companies in the U.S. or China have to follow the rules if dealing with E.U. citizens. Regardless of this, a recent study by video ad-tech firm Unruly shows that many outside of the E.U. would like to see at least one of the GDPR changes come into effect in their own country.

Among the changes include requests for consent of data sharing can’t be hidden under reams of Ts and Cs -- they have to be clearly distinguished. Pre-ticked boxes can no longer be used to indicate consent, and making people hand over more personal information in exchange for extra features is not allowed.

Pearce stressed that AMP "takes privacy laws very seriously" and marketers and brands must have a firm understanding of the new data act which came into force earlier this year.

She said "transparency and a strong understanding of consent mechanisms goes a long way in addressing both research and buying considerations." Marketers, she adds, can best manage their use of data for research purposes by using a data management platform, which allows them to anonymize and organize data in meaningful and GDPR-compliant ways.

Pearce encourages all marketers to develop a consumer identity strategy -- but warned its strength depends on having the people and skillsets that can make sense of a wealth of unstructured data through the smart application of technology.

She added: "This is a breakthrough approach to linking digital and physical data and helping us identify the customer touchpoints most likely to lead to sales conversion."

Are we there yet? TBWA's Tessa Conrad calls for more women to take the stage