The lovable yellow puppet first appeared on our screen promoting Levi's Sta-Prest denim in 1999, accompanied by his driving buddy and a soundtrack that's one hell of an earworm.

He was short, yellow and cuddly – and spawned a legion of fans in love with his nonchalance and exceedingly flat head. This head-banging, finger-tapping puppet swiftly became the brightest star in adland after his debut in January 1999 alongside his melancholic – and infinitely more human – pal Angel, promoting Levi’s Sta-Prest jeans in a spot devised by Bartle Bogle Hegarty London and Quentin Dupieux, the French Partizan film director, DJ and electro artist who is also known as Mr Oizo.

With the nation’s hearts won over, replica toys hit the shops and Flat Beat, the track that accompanied the ad, topped charts across Europe.

The campaign began as a one-off burst of three ads, but public response was so overwhelming that Levi’s and BBH brought Eric and Angel back for a six-week encore in August and September that year that saw the duo dodging the police and getting squashed by a giant hot dog.

After Levi’s discarded its yellow talisman in 2000, cameos with Red Bull Music Academy and Pharrell Williams followed. With a record from Mr Oizo set to drop this week to celebrate 20 years of Flat Beat, called Rythme Plat, Campaign asked some of his biggest fans in adland to imagine a new story for Flat Eric…

Twenty-one years ago, in the glorious summer of 1998, Sir John Hegarty approached Levi’s with an idea that would go on to become one of the most popular and memorable ads of all time.

Legend has it the co-founder of BBH went through the script meticulously frame by frame, but left one small (yellow) detail until the very end of his pitch: "There’s just one thing I haven’t told you. One of the characters in this partnership is a yellow fluffy puppet."

Fast-forward another 20 years. Such was the runaway success of Flat Eric, the puppet has evolved to take over; technology has too and he’s now running the show at BBH with a client base of AIs. Humans have been relegated to cattle-like workers.

In the boardroom, Flat Eric now pitches his idea for a new ad to Levi's: two friends are in a car, on the road exploring a virtual realm, listening to a new beat from Mr Oizo, who has been brought back as an automaton. A robot cop pulls them over, searches the boot, finds neatly folded piles of Sta-Prest jeans and waves them on their way.

"There’s just one thing I haven’t told you," CEO Eric says. "One of the characters in this partnership is a human…"

The AIs recoil. Humans? It can't be allowed. Incensed, they sack him – back to the toy cupboard. Flat Eric is no more.

It’s the classic rags-to-riches story. Riding the wave of 90s French cool, Flat Eric was the bright light of the underground, plucked from obscurity by Levi's to front its Sta-Prest range. Global domination ensued and a series of financially lucrative collaborations and deals followed. Mainstream chart tracks with David Guetta, will.i.am and Diplo brought airplay success but alienated the core fanbase. His credibility was the further debited when he first fronted a global advertising campaign overstating the powers of a soft drink to save the world, quickly followed by endorsement of a failed festival, becoming a meme for "taking one for the team". Even his successful merchandise line bombed when it was revealed that they were made in a sweatshop.

Maybe it was growing up in a pre-social media era, but a catalogue of errors including exposing himself on Instagram and a Snapchat rant while clearly under the influence dominated the tabloids and brands quickly distanced themselves. The PR team was called in to manage his redemption, but even a highly publicised stint in The Priory plus an ill-conceived warts-and-all confession on primetime TV wasn't enough to save Flat Eric's reputation. Cue 16 years in the wilderness.

But then, 12 months ago, it all began to change following a drop of material on SoundCloud. DJs with fresh eyes and ears, including Shanti Celeste and Objekt, began to praise and reappraise his work and his tunes were played in clubs such as Rhythm Section and Chapter 10, and on stations including NTS and Kurupt FM. A candid autobiography, Non, Je Ne Regrette Rien, made him the darling of the Sunday supplements, re-engaging with the original, similarly ageing but now high-disposable-income audience he had alienated. Brands keen to jump on the 90s bandwagon began booking him to headline summer festivals. His tracks were quickly licensed for a series of automotive ads. And, finally, he was both cast in the lead role and scored the Netflix-signed series from director and former collaborator, Quentin Dupieux.

The cycle was complete – at least until it turns around again…

The success of those campaigns went to Flat Eric’s head somewhat. Some folk cope with fame easily. Others, well…

Eric hit the 2000s club scene. Hard. Cheap speed, MDMA, coke – anything he could get his crudely sewn hands on to. Ketamine became his drug of choice. So much so that he became known to the regulars of the scene as "Ket Eric".

It all came to a head one Monday morning last year, when Eric was found staggering along Vauxhall Embankment, nodding furiously at the rush-hour traffic.

A kindly lady took Eric back to her flat and settled him down with a cup of Twinings sleep tea. Eric slept for nearly a day and a night, and dreamed of the simple life he had before.

When he woke up, he vowed to put all the big nights behind him and start afresh, invigorated by Twining’s herbal infusion of camomile and lavender.

We see Eric today, in his apartment, looking out across the city skyline, nursing a cup of Twinings. 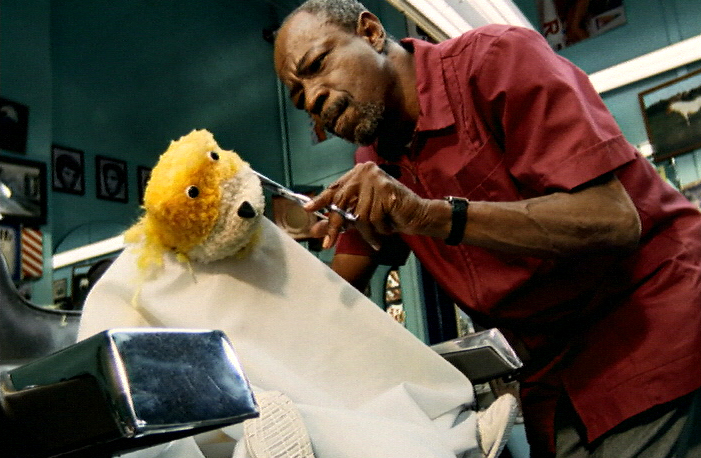 We open on a typical kitchen set. A housewife is struggling to clean the grout between her floor tiles with a conventional mop.

MVO: Filthy grout getting you down?

The conventional mop magically changes to a Vileda UltraMax – Flat Eric Edition: a standard UltraMax but with a bright yellow fibre head.

We cut to see a hopper full of old Flat Erics emptying into a shredding machine, followed by a product sequence where yellow fibres are pressed into a mop head shape.

MVO: Perfect for those hard-to-reach nooks and crannies.

The housewife attacks the grout with the new mop and effortlessly removes the grime. She’s very impressed.

LOGO AND PACKSHOT: A Flat Eric morphs into a mop head. 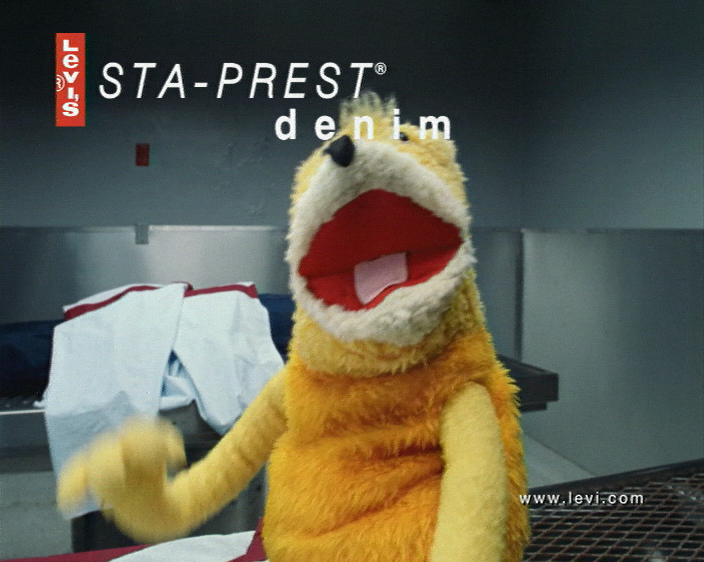 Flat Eric is currently orbiting 10,989 miles above your head, as a result of becoming the victim of a vigorous ejector seat. That’s what you get for annoying the driver by playing Flat Beat on repeat for 20-odd years. He has been catapulted into zero-gravity territory and beyond.

On a clear night, you can see him up there jamming alongside Orion’s Belt and the Plough. He now has quite a collection of "space lost property", including a spatula, a potato, a few ration-pack teabags and a space boot (which he hopes will come in handy). He has even managed to construct himself some pumping turntables up there. So that’s where Nasa’s "lost" satellites went…

You can guarantee he’ll be there to greet us with a funky tune when we eventually reach Mars.

Carry on grooving up there, our old pal.

Top five most memorable agency brands, according to clients, revealed

Creative people, it's time to get with the platform

Watch the ads that made BBH great

Future creative leaders on the ads that inspired them

Sarah Levitt: This is the work that inspired me to join advertising