To say that 2018 is being good to BBDO Worldwide is a gross understatement.

The Omnicom shop was crowned Network of the Year for a record-setting seventh time at this year’s Cannes Lions festival. It’s the second year in a row the agency has taken home the accolade. The network’s dominance was cemented with Omnicom’s title of Holding Company of the Year, and AMV BBDO and BBDO New York snagging second and third place for Agency of the Year, respectively.

BBDO’s chief creative officer, David Lubars, said the change of rules at this year’s festival -- chiefly removing limitless submissions for a single piece of work and replacing it with an entry max of six -- is why he enjoyed victory this year more than last.

"Before this year, one piece could dominate the entire show and carry a network along with it," he told Campaign. "As great and deserving as ‘Meet Graham’ was in 2017, it took in 29 Lions. That’s plain crazy. Whereas the 2018 rules made it impossible for a single piece to win 29 Lions. Which meant you needed lots of different pieces of work from lots of different parts of the world to earn the honor -- a truer demonstration that your network is creative everywhere, and what the award was designed to recognize in the first place." 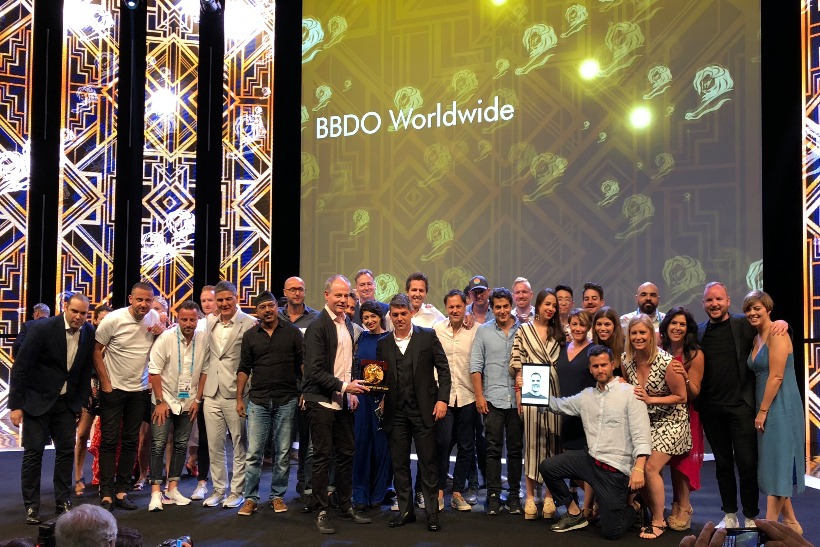 A total of 21 BBDO agencies from around the world combined to win 99 Lions for more than 30 clients, across 26 categories, ranging from Creative Effectiveness to Brand Experience, Craft, Design, Film, Glass, Mobile, PR, Print, Outdoor, Radio, Sustainable Development, Titanium and more.

Among the award-winning campaigns was AMV BBDO’s convention-defying, taboo-breaking initiative for Swedish-owned femcare brand Essity (known as Bodyform in the U.K. and Libresse in other markets). "#Bloodnormal" kicked off with a film that defied a TV network ban because it showed menstrual blood in an ad. The commercial normalized periods by showing women bleeding, men buying sanitary pads and famous sportswomen bleeding.

Earlier this year, BBDO was also the number one ranked agency network at the Art Directors Club (ADC), D&AD and One Show competitions.

Cannes' future is just as unpredictable as future of advertising

Cannes: A force of hope we must take home with us