BDDO Worldwide has been named Network of the Year at Cannes Lions for a record sixth time, with Clemenger BBDO Melbourne winning Agency of the Year.

Tonight’s special awards, given at the end of the week-long International Festival of Creativity, also saw WPP win the top prize for most creative parent company for a seventh year in a row.

Droga5 New York was named independent agency of the year for the third year in a row.

It is the second year in a row that a BBDO agency has been named Agency of the Year at Cannes, after Brazil’s Almap BBDO took home the coveted prize last year.

Andrew Robertson, president and chief executive of BBDO Worldwide, said: "Let me put it simply: clients are interested in work that works. There is plenty of data to confirm the correlation between spectacular award-winning work and spectacular effects.

"I am very proud of, and grateful to, of all of our award-winning agencies, but I do want to single out Clemenger BBDO’s work. ‘Meet Graham’ is literally unforgettable and saved lives. Snickers ‘Hungerithm’ creatively leverages a powerful platform, smart use of data, and retail integration to deliver spectacular results."

WPP was awarded the top holding company prize after collecting the highest number of points out of the major advertising parent groups, with agencies from 42 different companies collecting Lions this year. 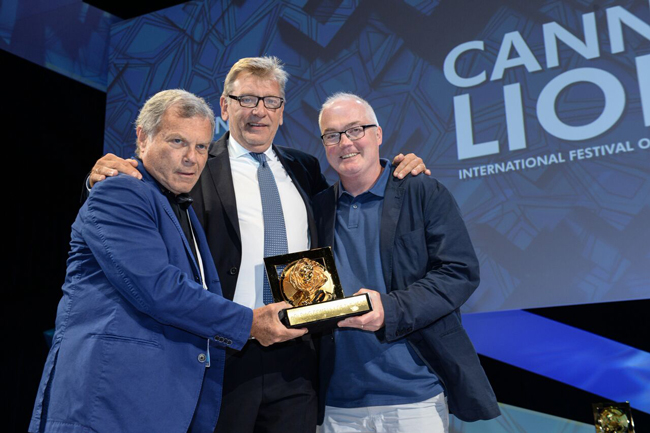 Sir Martin Sorrell, founder and chief executive of WPP, did not shy away from pointing out the industry’s criticisms of the festival this week after he and Omnicom counterpart John Wren had discussions about whether the festival could be reformed.

He said: "In the year of our seventh successive win, the industry appears to be experiencing a collective seven-year itch in terms of its relationship with Cannes.

"The importance of recognising the outstanding creativity of our people and the work they do for clients is not in doubt. The question is whether the festival does that in the most effective way, and we look forward to playing our part in finding the best solution."