Most UK consumers believe the BBC, Amazon, Google and social media influencers have zero credibility, according to Mindshare’s Power to the People report, which also found that 70% of the public believe brands should not get away with virtue-signalling unless it is backed with behaviour.

The study, which is being released at the WPP agency's annual Huddle event, found that 57% of consumers believe brands that associate with good causes are doing so purely for positive publicity. However, 53% think that that even if a brand is using an ethical message to sell more product, some wider good can come of it.

Younger consumers are adopting stricter attitude towards brand behaviour. While a third of consumers overall said they had stopped buying from a company after disagreeing with its values, this proportion rose to 42% among 18- to 34-year-olds.

Yet consumers clearly see that the responsibility for social good lies with brand owners. Three-quarters think brands should take responsibility for protecting the environment and two-thirds (66%) believe it was a good idea for brands to unite to address social issues. 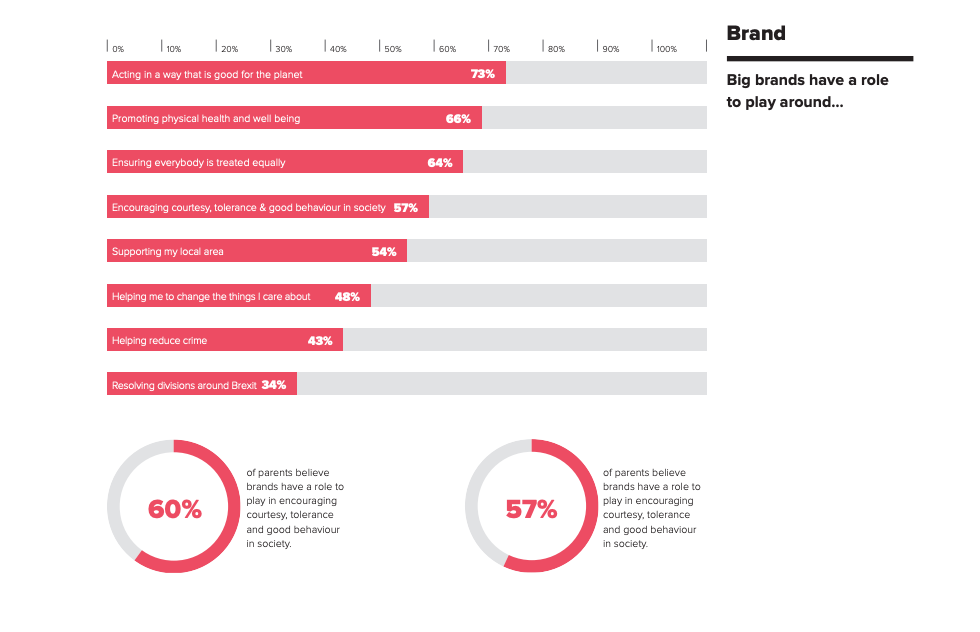 By subtracting negative sentiment from positive sentiment, the study attributed a credibility score to different organisations. The only bodies to record positive scores were charities.

Commercial and media businesses fared poorly, with Amazon scoring -12%, Google -7% and the BBC -2%. The survey reflected a widespread mistrust among consumers for the media and politicians. Articles in newspapers and magazines scored -18%, as did local MPs.

Interestingly, the most effective influencers are not minor celebrities on YouTube or Instagram – 60% of people who follow influencers think they have no credibility – but other shoppers.

Consumers are apt to put trust in their fellow consumers when it comes to product and service reviews, Mindshare found. Three-fifths (61%) said reviews give them an objective means of understanding how good or bad a product was, half said reviews influence their buying decisions across a broader range of products than in the past and 35% said they often buy products they had not heard of before after reading good feedback. 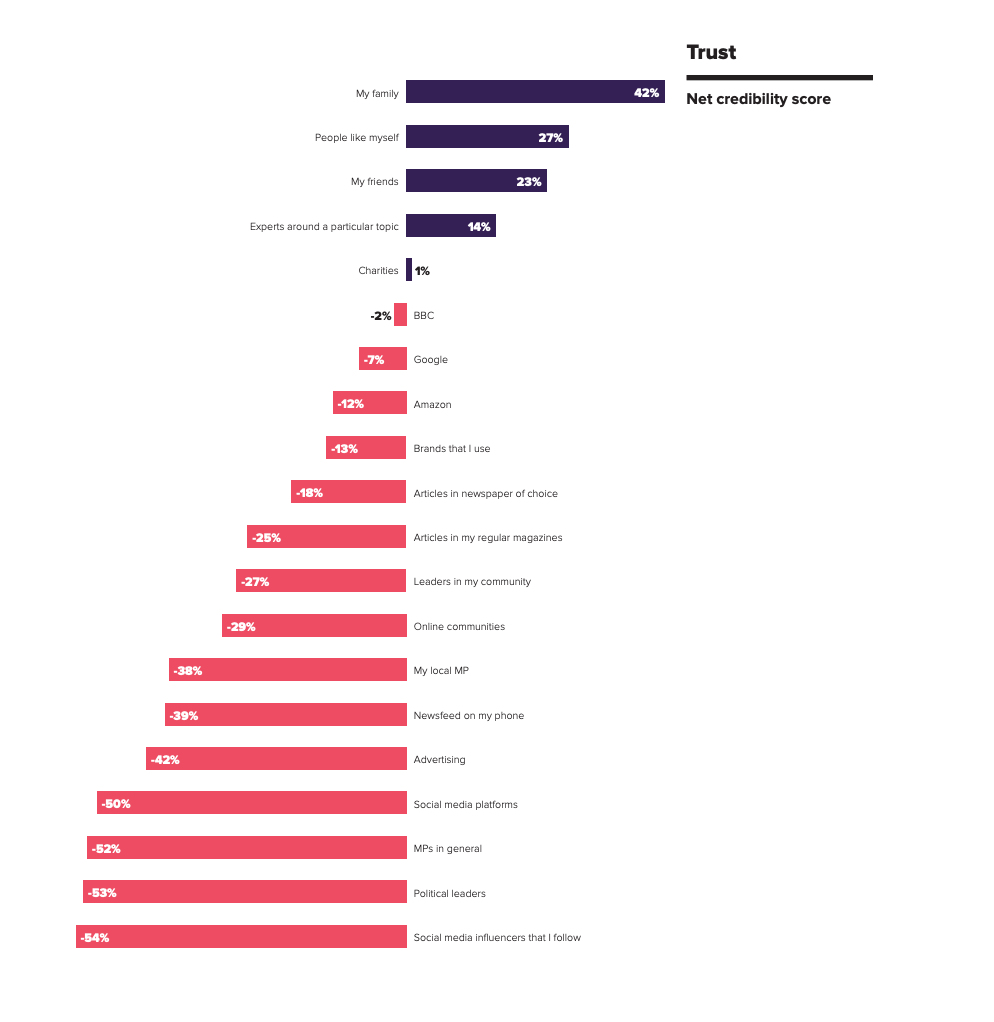 Julia Ayling, Mindshare’s head of research and insights, said: "The findings of our Power to the People research indicate that there is a huge opportunity for businesses and brands to play a wider role in society, but their contribution must be credible and add value in a genuine and sustainable way.

"This study points to a substantial redefinition of the way in which brands interact with audiences and are perceived by their consumers. It is the audience that is driving this change."

The report was built on research conducted in October among a nationally representative sample of 1,000 consumers.

A brand is not a logo: where FACEBOOK's rebrand falls short

Deepfakes are a threat to brand trust

Audiences are growing for news brands, so why not ad revenue?

"Why should people give a s*** about your brand?"