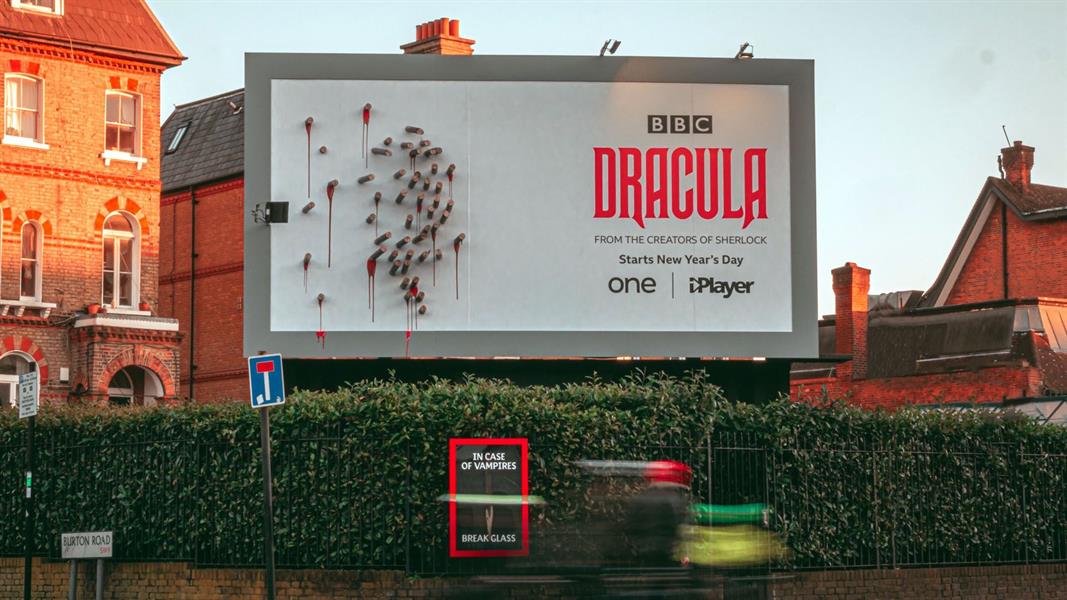 BBC raises the stakes to mark the launch of its new vampire show.

In honour of a new version of Dracula on the small screen, the BBC has unveiled two billboards that, when lit, create a silhouette of the Transylvanian count’s face.

An "In case of vampires – break glass" box containing a stake sits below each billboard – located in London’s Brixton Road and Birmingham’s Upper Dean Street – just in case Bram Stoker’s monster is spotted on the streets of Britain.

This is the BBC's latest out-of-home activity to promote its TV series, with previous executions for His Dark Materials, Peaky Blinders and Killing Eve.

Dad breaks down the 'bums and the bees' to adult son

BBC "when you love something, let it show" by RKCR/Y&R

BBC "when you love something, let it show" by RKCR/Y&R