Barbie is celebrating 60 years of 'girl empowerment' with a global social and events campaign.

Mattel's Barbie brand is hosting a series of events around the world, including a pop-up experience in New York, to celebrate its 60th birthday.

Mattel is kicking off celebrations to celebrate 60 years of Barbie as the "number one fashion doll in the world designed to inspire the limitless potential in every girl".

A "Be anything" tour will kick off on 9 March in Bentonville, Arkansas backed by country music star Kelsea Ballerini. The US-wide tour will run until October, visiting 36 Walmart stores. An immersive pop-up experience featuring a fashion tribute and art installation celebrating the brand's past, present and future will be held in New York.

Meanwhile, Barbie will run various events celebrating female empowerment in other markets outside the US, including at Tokyo's SkyTree, Toronto's CN Tower and Sydney's Bondi Beach.

As part of celebrations, Mattel has launched a 60th Anniversary doll collection representing six careers that have been in the Barbie line-up since the brand was born but which it said are "still underrepresented by women". They are astronaut, pilot, athlete, journalist, politician and firefighter.

The thrust of the overarching birthday campaign will be driven by social media, including Instagram, using the @barbie and @barbiestyle handles and hashtags #Barbie60 and #YouCanBeAnything. Using its YouTube channels, Barbie will launch a vlog called "Finding your voice". Mattel has also created a campaign hub.

The campaign has also recruited a number of brand ambassadors – 20 women who have been successful in an array of fields, aged between 19 and 85 years old. They include actress and activist Yara Shahidi, tennis star Naomi Osaka and activist and model Adwoa Aboah. 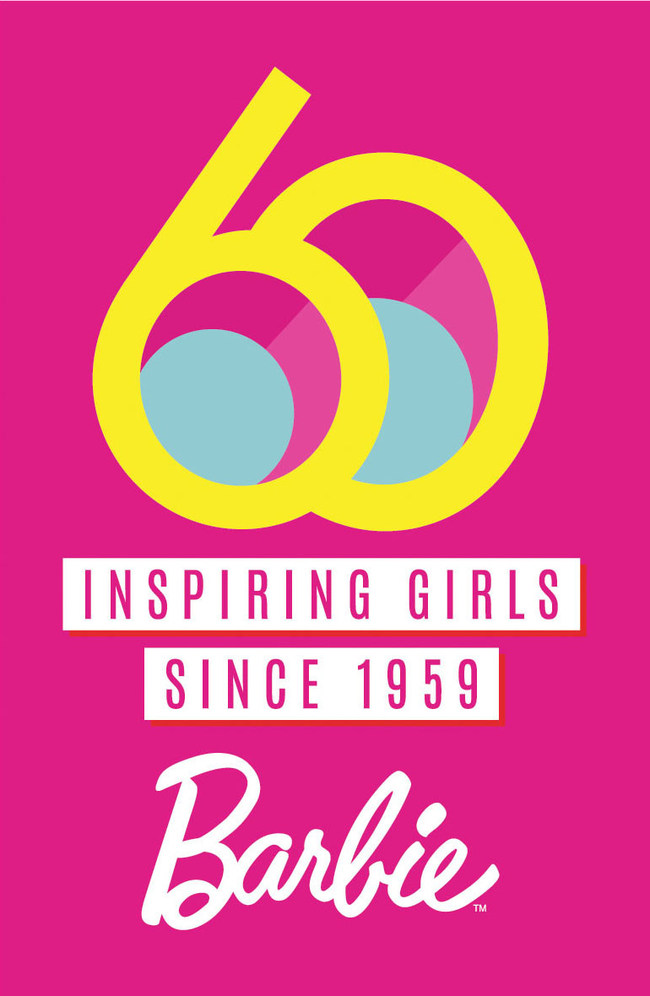 As part of a "Dream Gap" initiative, this year will see Mattel donating funding to various organisations via its Mattel Children's Foundation. The firm's research has shown that at the age of five, girls start doubting their potential, which the company has named the Dream Gap. Mattel will donate $1 for every doll sold in the US between 6 and 11 March, up to $250,000, to the fund.

While Barbie has in the past been associated with gender stereotyping, materialism, superficial notions of beauty and submissiveness, in recent years Mattel has sought to reposition her as an icon of female empowerment.

Lisa McKnight, general manager and senior vice-president of Barbie, said: "For 60 years, Barbie has championed girls, inspired generations to believe through make believe and showed them that they have choices. With more than 200 careers, six runs for president and a trip to the moon before Neil Armstrong, Barbie continues to evolve to be a modern, relevant role model for all ages.

"The Barbie brand believes girls should never know a world, job, or dream women haven't conquered. Through our global platform, we are igniting a movement to help close the Dream Gap and further establish Barbie as the ultimate girl empowerment brand."

How Mattel turned 'too perfect, unrelatable' Barbie into a symbol of female empowerment

50 years since the moon landing: brands blast off

Havas partners with JCDecaux and Facebook to profile female innovators

Femininity in flux: A new era of marketing to women

Teach girls to be happy, confident and sassy -- not perfect