The number of Brits using more than one streaming service has rocketed 40% in the past year, thanks to wealthier households embracing the platforms, new figures from Barb have revealed.

UK households signed up to at least two subscription video-on-demand services, such as Netflix, Now TV and Amazon Prime, increased 40% to just under four million for the 12 months to September 2018.

The SVOD Report showed that Netflix remains the market leader in the UK (up 30% to 9.5 million households), followed by Amazon (up 28% to just under five million), while Now TV has grown by 12% to nearly two million. 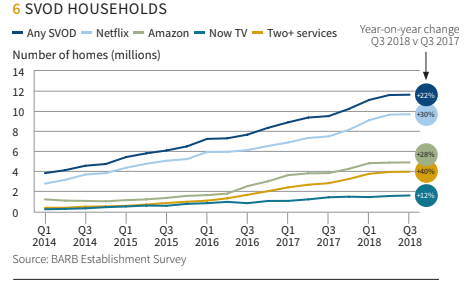 However, the Netflix user base is likely to grow even more in 2019 after the service was added to Sky Q through its set-top box in November last year, Barb noted.

Nearly two-thirds (64%) of people who subscribe to these platforms are ABC1 (from one of the three higher social and economic groups) – well ahead of the 53% that ABC1s represent in the UK overall. 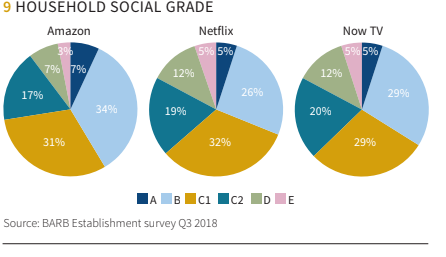 While Netflix and NowTV users are in line with the average, Amazon indexes even higher for ABC1 consumers at 73%. Barb speculated that this difference is explained by more affluent families with young children using Amazon because of  "the double carrot of on-demand content and next-day delivery of urgently needed household items".

The report also shows how competition for viewers’ time is continuing to grow, as the amount of time when people used a TV other than to watch a traditional Barb-reported channel or on-demand service grew by 19% (up from 16% the previous year to 46 minutes per day). 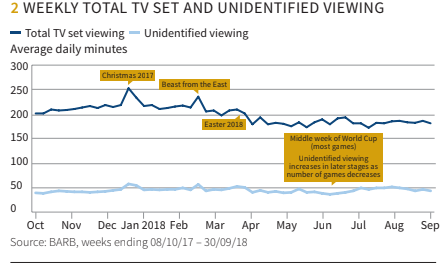 As well as the expected peaks in TV watching from holiday periods and the football World Cup last summer, there was also a spike in viewing in late February when the UK experienced the "Beast from the East" cold snap.

My campaign: What it's really like to work in television