Bacardi is doubling down on efforts to move beyond plastic drinking drinks by partnering with non-profit organisation Lonely Whale to launch campaign "The future doesn't suck".

The spirits giant is aiming to reduce the number of straws used worldwide by one billion by 2020.

The campaign involves a website where both inviduals and venues can pledge to forsake single-use plaastic straws, and will be promoted using the hashtag #thefuturedoesntsuck.

The brand and Lonely Whale have commissioned London-based illustrator Sarah Tanat-Jones to create a series of illustrations featuring plastic straws as weapons, to represent the damage they do to the oceans.

This would only make a small contribution to solving the problem, with an estimate from Defra suggesting that in the UK, 8.5 billion straws are used each year by the UK fast food industry alone. But it comes as many other players are making efforts to cut out straws, with Starbucks announcing this week it would eradicate them by 2020.

"As momentum has really taken off we’ve decided to partner with Lonely Whale." The organisation describes itself as "an incubator for courageous ideas that drive impactful change on behalf of our ocean."

While it might seem like a major behavioural change to do without disposable straws, Burke pointed out that they are not as deeply embedded as me might think. 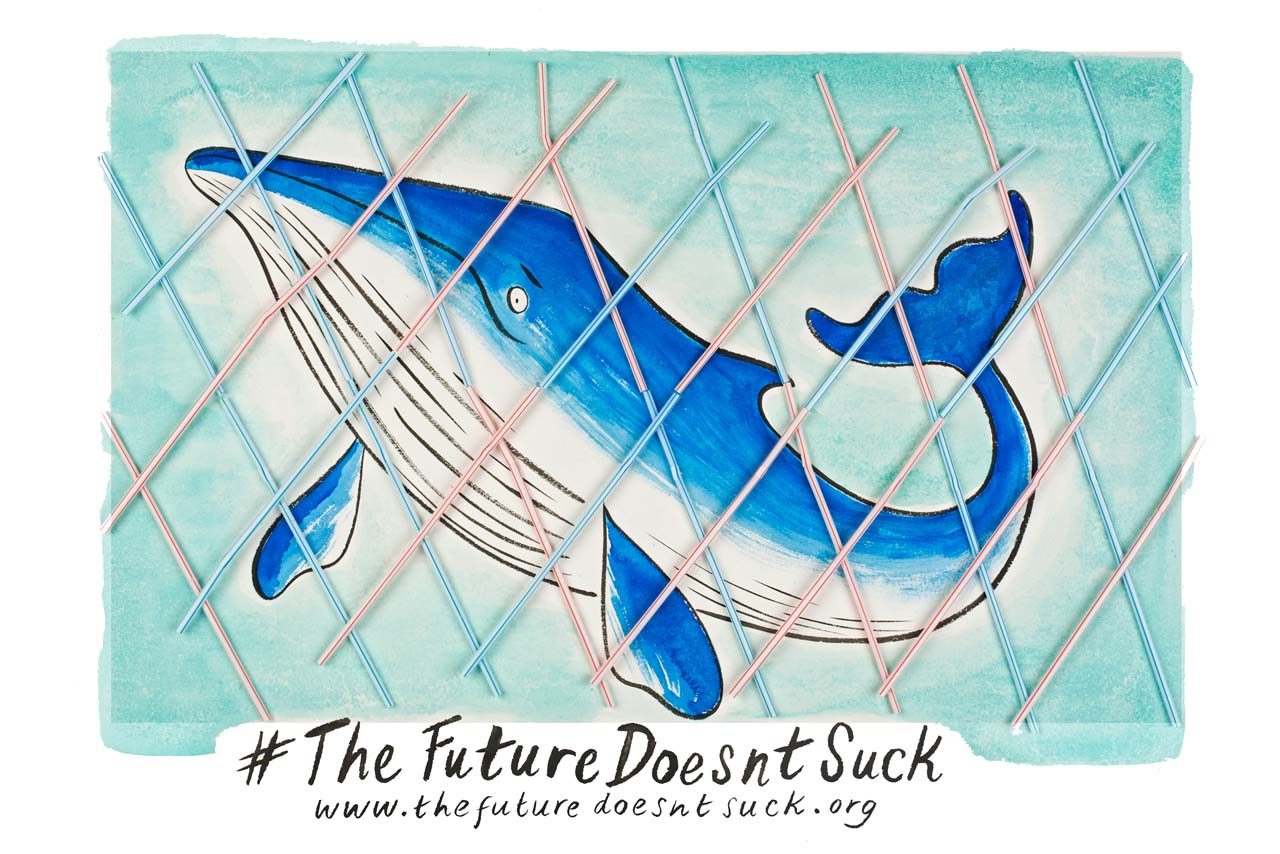 "Plastic straws were only really invented in the ‘60s," he said. "I can remember that even 10 years ago, a lot of bars wouldn’t give you straws. This is an easy switch and it can make a big difference."

The campaign includes a "city takeover" of London this summer, a focused period of effort that will aim to remove 50 million straws from use.

The drinks company has also said it will review its supply chain to further reduce single-use plastic and increase recyclable and biodegradable plastic. Alternatives being tried out include straws made from hard sugar, Burke said, which are being tested in Barcelona.

There is no global consumer

He had been Bacardi’s global brand director from 2004 to 2006, but his most recent role was president of the Bacardi company’s incubation brands unit – experience that he says he is applying to his new role.

"One of things I learned working in that business was the real benefits you get waking up in the morning thinking about one single thing," he said.

His appointment has coincided with Bacardi’s global marketing staff being reorganised into teams working on a single brand, rather than category clusters – which is about giving marketers a "greater sense of ownership", he said. "If you feel like you’re an entrepreneur – that’s the mindset we want them to have."

He is also aiming to move to a "market-up" approach, empowering national and regional teams to recognise that "there’s no global consumer – only consumers who live in towns and cities. Cultures are global and brands are global, but consumer behaviours are very local."

Alcohol industry launches body to fight back against misconceptions about booze