Former England captain will have shirt number 32 - half the name of gambling brand 32Red - when he joins the East Midlands club as player coach.

It’s the ultimate counter-cultural move: while Paddy Power has been whipping up a frenzy, buying the shirt sponsorship rights of clubs across Britain only to make their shirts logo-free, Derby County has opted to go in entirely the opposite direction.

The club grabbed headlines this week when it announced Wayne Rooney would join in January as player-coach from US club DC United. Rooney will become the latest faded England superstar to find a home at Derby, following Frank Lampard, who took the club to the Championship play-off final last season as manager and has now been snapped up by his old club Chelsea, and Ashley Cole, who played for Derby in the second half of last season.

Derby is taking full advantage of the commercial opportunities of the signing, handing Rooney the number 32 shirt – meaning shirt sponsor 32Red will be (sort of) featured on both sides of Rooney’s shirt.

The club’s owner Mel Morris told the BBC: "We looked at the commercial opportunities this could create for us, and we realised this could be very smart business.

"So, in some ways, we're seeing this as an opportunity to actually create money off the back of this deal, as opposed to net spend." 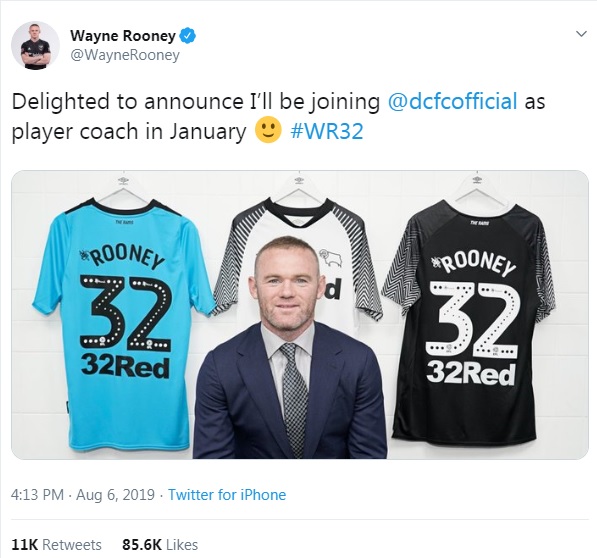 While the club and player have publicised images of a shirt actually featuring the 32Red logo on the back, it is not clear if this would be allowed under FA rules.

The deal highlights the prominence of gambling brands in football sponsorship. Half of the 20 Premier League clubs this season feature a gambling brand as their shirt sponsor, while in the Championship, the proportion is even higher: 16 out of 24 clubs.

Paddy Power enters the world of publishing with Pitch Invader

Brands hail the arrival of a new England after World Cup