Neglecting to include a headline in an ad reduces the chances of it being read. So why are creatives being encouraged to do so?

At last year’s D&AD Awards, the judges gave one of the precious few Pencils for best writing to an advertisement with no headline. At Cannes, Honda picked up a best-copy Lion in the Press category and it, too, had no headline. At The One Show, the Pencil for the craft of writing in print went to an ad with a barely discernible design element masquerading as a headline.

How achingly cool of the judges. And mind-numbingly dumb. For they’d handed some of the most important awards in the industry to people who’d used their craft skills actually to minimize the chances of anyone noticing or reading the ads they’d created.

Now, we all know there’s nothing that international awards judges like more than a formula they can follow. (Poster/press layouts, anyone?) So, to prevent the headless wonder becoming the norm, here’s why even the best copy must always have a headline.

Getting the reader to notice your copy
I was going to start with David Ogilvy, who said: "On average, five times as many people read the headline as read the body copy." But I suspect that D&AD’s judges will pooh-pooh such ancient lore. So here’s Steve Jobs instead.

When launching a product, he’d spend weeks agonizing over the headline that summed up its key benefit. As he said: "You have to work hard to get your thinking clean to make it simple. But it’s worth it in the end because, once you get there, you can move mountains."

If the judges overrule Jobs, then how about Jakob Nielsen, the doyen of the digital layout? "By far the most important thing you can do to help users consume content is to make use of meaningful headings, and make these headings visually pop as compared to body copy."

This telegraphing via a headline isn’t a tactic used only in advertising. It’s a fundamental of storytelling. As the world’s most successful storyteller, George Lucas, tells budding screenwriters: "A tagline is a one-sentence description of the idea you have. It’s a ‘hook,’ a catchphrase, something that is memorable and will leave your readers wanting more." 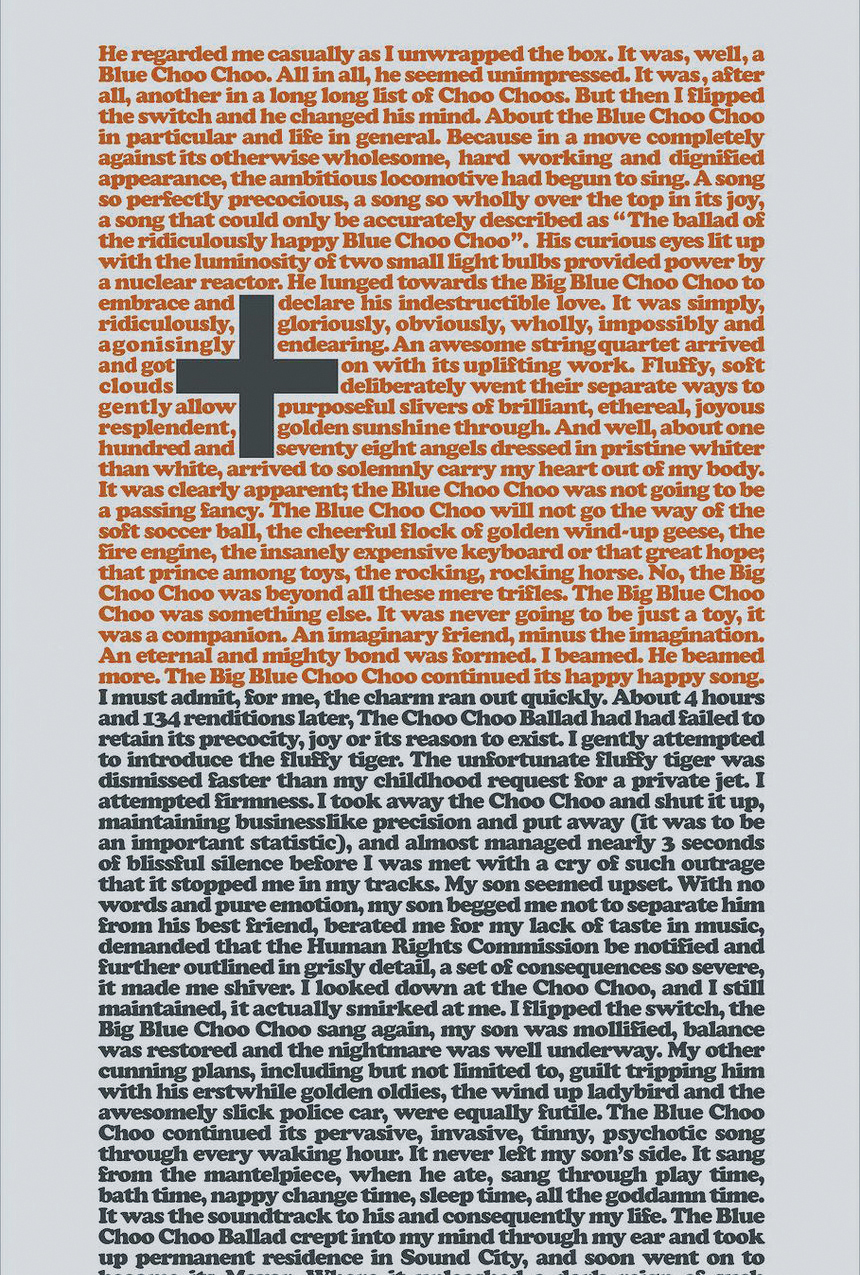 "Positive and negative stories": Grey Group Mumbai won a D&AD wood Pencil after creating ads for Procter & Gamble that had lots of copy but no headline.

Getting inside the reader’s head
What Lucas says about his taglines applies to headlines. And, as he implies, the tagline/headline does more than give readers a quick way to notice an interesting story – its job is much more important than that.

Using the example of "Alien"’s "In space no one can hear you scream," Lucas explains: "This tagline works as a dramatic sentence that conveys the tone and setting for the film, and it paints a chilling scene from a space horror."

In short, a tagline/headline – or any written signpost – plays a vital part in framing the story that’s about to be told. As Yellowlees Douglas says in The Reader’s Brain: "The titles of articles or books, their author names, and other details … cue schemas that help us to narrow considerably the range of inferences we need to make as we read."

You have a schema – a mental picture – of almost everything. From lingerie to Lions, from politicians to Pencils. The mere mention of these words conjures up a schema specific to each that sets you off down the road of understanding.

As Susan Weinschenk explains in 100 Things Every Designer Needs To Know About People: "When you read you don’t absorb exact letters and words and then interpret them later. You anticipate what will come next. The more previous knowledge you have, the easier it is to anticipate and interpret."

With context comes comprehension. But without context, we remain in the dark. Indeed, if a copywriter creates a press ad, a web page, a brochure or an e-zine without a headline (and subheads), they are wilfully reducing their reader’s ability to understand their meaning. And that’s as dumb as refusing to turn on the electric light while you are searching for your house keys in a dark room.

Hopefully, this year, the judges at D&AD will see the light and look at the work they are judging through the eyes of the person it was written for. The reader.

I’m assuming they’ll have knocked off a bit of copy in their time too. So they’ll know that writing the headline is the toughest bit. And that lionising writers who’ve ducked that task is as inexplicable as it is irresponsible.

But more than anything, I’m hoping that this year’s D&AD judges come to the conclusion that anyone who still insists on voting for a headless wonder is a cleulses wnakre.

Steve Harrison is a co-founder of Harrison Troughton Wunderman. His latest book, How To Write Better Copy, is published by Pan Macmillan and out in September

Construction flies by in Rio Olympics spot for Honda Ridgeline

The five most creative strategies for recruiting agency interns