Audi is the latest major organisation to reject claims that it is a client of a UK-based business that lets influencers buy followers and 'engagement' on social media.

On Friday, Campaign's sister title PRWeek noticed that the Adidas logo had been replaced by that of Audi. A spokesperson for the car brand said: "Audi UK has no knowledge of, or involvement with, this organisation"

The BBC logo remains on the website, as does the logo of film company Universal. PRWeek had earlier asked Universal if it has worked with Greedier but did not receive a response. 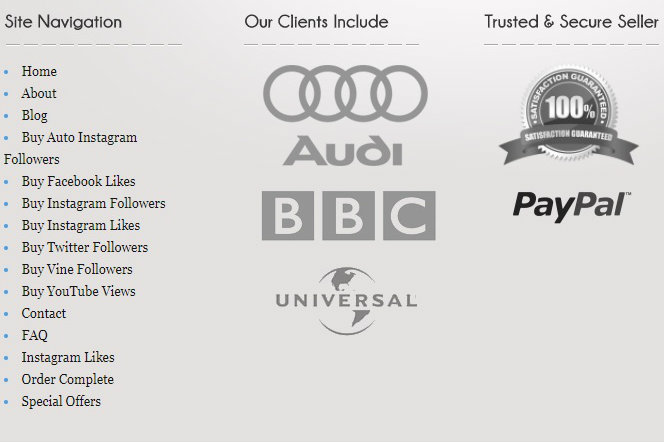 It comes amid growing concern about influencers securing commercial deals after buying followings and engagement on social media. Earlier this month, US marketing agency Mediakix said it secured brand sponsorship deals for two fictitious influencers after acquiring Instagram followers for less than $300 (£231).

On its website, Greedier boasts that customers can "become a social media celebrity, from only £2.99".

Greedier did not respond to PRWeek’s request to comment.

A version of this article first appeared on PRWeek

With the right typeface for your brand, words can speak louder than pictures

YouTube is changing, but will it be enough to retain its online video crown?

Why emotional intelligence is key to creative leadership

Trending on and off the turf: how Premier League players are boosting their social media reach

Who is winning the Premier League on social media?

Why brands will welcome Amazon's challenge to Google and Facebook