A growing middle-class appreciation of educational learning among younger couples is making a strong case for toymakers to invest in the Asia-Pacific region.

Singaporean blogger Elizabeth Wu says it’s finally possible for her three young children to sit around a table and co-operate on something together. As part of her "March holidays project," Wu picked up the Lego City Swamp Police Station kit and set the children to work.

"Sometimes when my kids are done building the original sets, they will find new and unique ways to create different things. That’s amazing for a mother to watch," Wu says.

The Danish maker of toy bricks is banking on parents like Wu, who recently took her "Lego-obsessed" toddlers on a trip to Legoland Malaysia where she dropped a hefty sum on products exclusively retailed there.

Lego has been enjoying explosive growth in Asia, much more than any other part of the world. This is in line with US toymaker Hasbro’s reports too. Its domestic sales grew just 1%, while the international market climbed 8%, driven by APAC and emerging markets.

Market research company Euromonitor expects Asia-Pacific to become the world’s largest toy market in 2017, overtaking North America to reach US$20.4 billion in annual sales. The region’s US$35 billion toy industry grew 31% between 2008 and 2013. The numbers are particularly pronounced in China, which recorded a 90% increase over the period.

Demographics alone are reason enough for toy manufacturers to ramp up. Asia boasts a growing, younger middle-class with significant purchasing power and a cultural parenting shift from traditional studies to a preference for educational playtime.

Which is why Lego, out of the global toy companies,has been making the biggest strides in Asia. In the toys and games category, Lego’s market share is 1.9%,  versus Mattel with 1.7%, and Hasbro at 1%. Lego, Mattel and Hasbro did not respond to Campaign’s requests for comment.

Contrast the rise of learning-based toys like Lego and the recent launch of Amazon’s math and science toys section with the decline of Mattel’s Barbie. In January, sales for the iconic doll were down for the third consecutive year. "Little girls now want their idols to be stronger and more substantial," commented TNS’ Asia-Pacific director of brand and communications, Poonam Kumar, in an article Campaign ran on Barbie last October. It’s this trend that prompted Mattel to acquire Lego’s top rival, Mega Brands, in February 2014.

What’s also helping branded players is a bit of a movement toward higher-priced goods, in part due to rising incomes, but also because of continued concerns about toxic materials that might be used in cheaper toys. Lego has made toy safety and compliance a priority — from rigorous product-testing to feeding back consumer input to developers and retailers.

Lego’s shrewd strategy includes aggressive brand-building and distribution. It has set up flagship retail stores and ‘shop-in-shops’ inside larger retail outlets targeting parents with its positioning around education. This is very forward-thinking for toy-retail, says James Button, director at SmithStreet.

"Look at Mattel," he says. "They have a large distributor network but they’re not building brands and engaging with their consumers."

The Danish company is now spending US$130 million to build its first factory in mainland China. When it launches in 2017, it will likely meet 80% of Asian demand. But even Lego is still only scratching the surface. A huge unbranded segment still accounts for 86% of all toy sales in Asia.

"Counterfeit toys are a pretty big problem in the region and can keep some companies from entering the market," says Matthew Hudak, research analyst at Euromonitor. To tackle this, big players try to keep their new designs secret and establish strong connections with major retailers. "They really have to push that their licensed or branded toys are the authentic ones."

EXPERT OPINION Why Lego will win 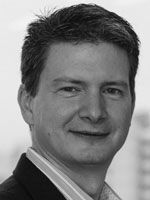 The Asian toy market is booming, and is set to continue to do so. As this market grows, competition does too, both from traditional toy players and the ubiquity of tablets and smartphones.

Against this backdrop, it appears that Lego is positioned best to win and not just because of its successful foray into movies. Much of its growth will be driven by smart marketing, by recognising its need to build a brand architecture which appeals to consumer and shopper (child and parent). ‘Tiger moms’ see educational value — certainly compared to your average Barbie doll — in Lego’s construction, yet the model also appeals to the latest ‘pussycat moms’ through their desire for creativity. These principles are hard-baked into the core values of the brand.

Yet appealing to parents is only part of toy marketing. Kids need to be turned on too. For years, Mattel and Hasbro have struggled with one of the core dimensions of the toy market — the balance between long-term brand-building and "riding the trend" often in the form of licence properties.

Managing trend brands and license brands is time-consuming and risky. Lego’s genius is that they use other properties to support the Lego brand. Properties such as Star Wars are new ways of bringing excitement, interest and new consumers to Lego.

Gibson Innovations tunes its ambitions as a music-lifestyle brand

We Are Social expands to Shanghai