Women’s shaving subscription brand Friction Free Shaving has temporarily changed its name to FFS Shaving after the Advertising Standards Authority banned the company from using the phrase "friction free" on its website.

The brand aleady used the abbreviation FFS – an innuendo, since it can also mean "for fuck’s sake" – in its logo, but FFS will now be used in all circumstances while it appeals the ruling.

The ASA investigated after Procter & Gamble, the global market leader in the grooming sector, complained that the claim "friction free" was misleading because it was not possible to reduce friction to zero when shaving.

FFS had told the ASA that the phrase "friction free" referred to the ease of buying, but the body ruled that consumers are likely to think it was referring to the experience of using the razors and therefore expect FFS to offer a shave without negative results such as skin irritation and shaving rash.

The company said it was "shocked and disappointed" by the ruling, which comes after the ASA’s investigative committee made the recommendation that the complaint should not be upheld. A spokeswoman for the ASA said its council made the final decision on whether to uphold a complaint.

FFS also pointed out that P&G had itself used the exact phrase "friction free shaving" in a Google search ad for Gillette. 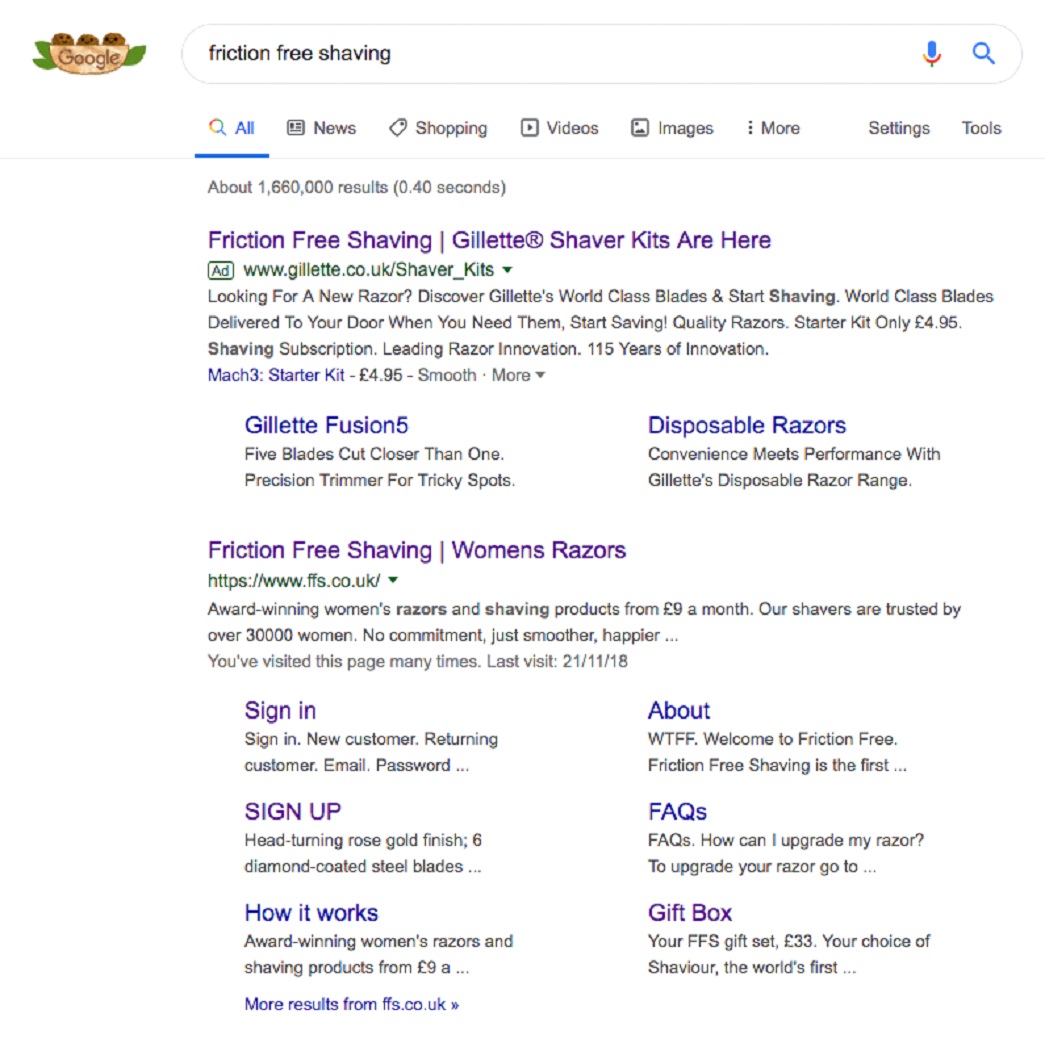 A spokeswoman said: "‘Friction free’ is a commonly used phrase by many companies to demonstrate how easy or stress-free something is. As the UK’s first shaving subscription business for women, we have always been proud and open about how we reduce the hassle and ‘friction’ of shaving for women, by delivering products straight to their home. We came up with the name Friction Free Shaving with this in mind.

"As a young British start-up, which is injecting much-needed choice into this tired category – all with a staff of just 20 people – we’re dismayed to be attacked in this way by such a large global company. In light of all this, we have now formally appealed the ruling to the independent reviewer, Sir Hayden Philipps, and we are awaiting his review of the case.

"In the meantime, we will refer to the brand only in its shorter format, FFS. This is how most consumers refer to us already and it also rather neatly expresses our views on the situation."

Billie and FFS, while not directly in competition due to operating in different markets, have made a similar impact on the marketing of women’s grooming products. In July 2018, FFS became the first brand in the world to depict real leg-shaving in a TV ad; Billie had released a spot a month before featuring women’s body hair, although it was not shown on TV in the US.

The ASA’s jurisdiction does not extend to packaging, meaning FFS could continue to use its longer name on packaging, but it will no longer be able to do so on its website, social media channels or in advertising.

In a similar case, Unilever-owned tea brand Pukka Herbs chose to change the name of its former "Detox" product after the ASA banned it from using the word "detox" in its marketing.