While Apple has achieved a breakthrough by cramming the technology needed for Face ID into a mobile phone, the true game changer is how the technology will now be regarded.

Face recognition has been around for a while. In 2014, Volvo used the technology to check whether a driver was falling asleep. The car could wake them while using driver-assist functions to keep the vehicle and passengers safe. But by putting Face ID in people’s pockets, Apple is paving the way for other brands to use the tech. "People trust Apple. Using it daily will make them accept face-recognition technology elsewhere, opening the door for other brands to adopt it," Ray Blandford, mobile strategist at DigitasLBi, says.

This includes public spaces. Last year, it was reported that an estimated 59% of retailers use face-recognition tech to identify shoplifters.

Retailers could use it to identify loyal customers and offer them deals on items they paid attention to but didn’t buy Ray Blandford, mobile strategist at DigitasLBi

Face-recognition tech has come to the forefront this year because the artificial intelligence powering the tech has received enough input. "There are more people using it. As with any machine-learning application, you need a large database to gain that accuracy," Miguel Alvarez, director of technology services at AnalogFolk, says.

Even so, brands looking to adopt the tech have to be cautious. When leading the team to build Tasteface, an app that used face reading to determine how much an individual loved or hated the taste of Marmite, Alvarez was keen to eliminate the potential for racism.

"We made sure to feed the AI thousands of images representing a wide range of people, ensuring all the races were included. We also blocked known faces such as Hitler from being used. And these are the precautions we took for a fun app – more serious ones would need more safeguards," Alvarez cautions.

There’s no denying the technology can be used for less benign purposes. China has been using face-recognition technology to identify and shame its citizens for jaywalking, Russia has used it to identify protestors, while the Metropolitan Police employed it at the Notting Hill Carnival. In the US, it’s been reported that more than half of all adults are in a face-recognition database that can be used in criminal investigations.

The future seems even more dystopian. An article by MIT Technology Review cited a study that proved face-recognition AI is more accurate than humans at detecting sexual orientation. The AI was 81% accurate, compared with the human average of 61%.

The person behind the study, Stanford University professor Michal Kosinski, is currently testing the hypothesis that the same tech can detect political leanings. He claims political views are heritable and could result in detectable facial differences.

But just because a brand can now target an individual based on their identity, sexual orientation, emotional state and political leanings, should they? 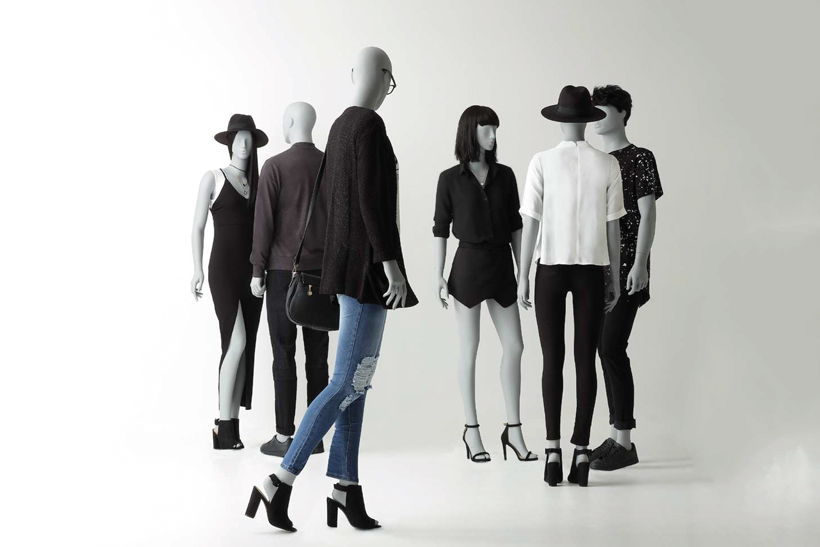 The dolls are watching you

Italian company Almax has created a mannequin that tracks the age, sex and race of shoppers. The EyeSee mannequins send that data on to the store, which then tailors displays, service and stock according to the profile of its customers. Benetton is reportedly a customer.

How do you really feel?

Storyworks, the BBC’s content marketing arm, used face recognition to test how consumers really feel about content-led marketing. The study ran last year and sampled more than 5,000 people across six markets. It measured subconscious reactions to content marketing with facial-coding tech CrowdEmotion, which tracked facial movements second by second and coded it into six possible emotions: puzzlement, happiness, sadness, fear, surprise and rejection. The results found that 64% of participants were happy to read content marketing as long as it was clearly signposted.

Solving a crucial ecommerce problem, L’Oréal’s app lets users test out the latest shades and looks on their faces. The app uses the phone’s camera to map out the user’s face and virtually applies make-up through the use of augmented reality.

A bot didn't write this column

Move over data, people are the real deal

Self-driving cars help pull BlackBerry back from the brink