Tuesday's launch of what we now know is to be called the iPhone X marks 10 years of Apple's iPhone, a device launched by the late Steve Jobs that redefined the mobile marketplace.

Apple’s minimalist approach to product launch and the notion of ‘the product speaking for itself’ have become de rigeur for tech firm reveals. But back in 2007 Jobs' appearance on a largely unardorned stage was atypical. Yet it reflected Apple's brand and product ethos — stark, uncluttered, highly functional design.

Campaign scours the annals and selects some of the highlights of Apple’s fecund launch calendar.

Who’d have realised at the time the impact Apple would have such a profound effect on the concept of the mobile phone? In January of that year, it unveiled the first-generation iPhone, a device that combined elements of the iPod, a mobile phone, digital camera and wi-fi access.

It was lauded at the time for its eschewal of a mini-keyboard, instead boasting a 3.5-inch touchscreen.

Jobs said: "We want to reinvent the phone. What's the killer app? The killer app is making calls. It's amazing how hard it is to make calls on phones. We want you to use contacts like never before.

"iPhone is a revolutionary and magical product that is literally five years ahead of any other mobile phone. We are all born with the ultimate pointing device, our fingers, and iPhone uses them to create the most revolutionary user interface since the mouse." 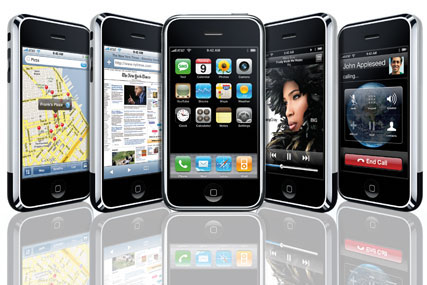 Just a year after its debut, the iPhone helped Apple both defy the economic crash of 2008, while allowing the tech firm to leapfrog Google and become the most valuable company in Silicon Valley. In October, Apple posted a 26% rise in quarterly profits.

In a statement typifying Jobs’ happiness to name-check rivals, he figuratively stuck his tongue out at former mobile innovator and market leader Blackberry.

"Apple just reported one of the best quarters in its history, with a spectacular performance by the iPhone - we sold more phones than RIM," he said.

The results also coincided with a new ad campaign in the US that — again unafraid to taunt rivals — continued its ‘Mac vs PC’ theme. "Get a Mac," it ordered viewers.

Meanwhile, Apple co-founder Steve Wozniak had a go at Apple itself, claiming that the iPod’s domination of the MP3 market was not likely to last much longer. He also had a go at the iPhone 3G’s closed architecture, comparing it unfavourably to Google’s open-source phones.

The rumour mill began to grind in March 2009 when a source close to a Chinese-language newspaper sparked rumours that Apple was planning to launch a touchscreen netbook-style laptop.

A corporate insider revealed that the company would be building an Apple netbook, with the touchscreens provided by Taipei-based company Wintek, which manufactures touchscreens for Apple's iPhone, to be delivered by Q3 2009.

On track but slightly off the mark, the product being developed would eventually turn out to be Apple’s iPad.

Later that year, Apple’s ‘rock ’n’ roll’ conference revealed the iPad as well as a licensing deal to release the Beatles’ music.

On 27 January, Apple revealed its iPad, announcing plans to ship device in March and trumpeting the tablet as something that would herald a breakthrough in digital content consumption. Jobs took to the stage at the San Francisco launch event, describing the tablet as "magical and revolutionary", "at an unbelievable price". 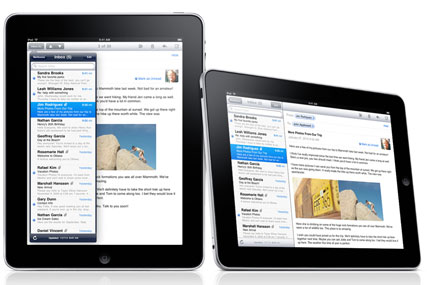 "iPad creates and defines an entirely new category of devices that will connect users with their apps and content in a much more intimate, intuitive and fun way than ever before," Jobs said.

Later in 2010, Apple reported a Q2 profits surge of 90%, while the year ended with the FT naming Jobs as ‘Person of the Year’.

Hoping to replicate the success of its iOS App Store, Apple opened the doors to its Mac App Store, which offered more than 1,000 paid and free apps for its Mac computers.

"The App Store revolutionised mobile apps and we hope to do the same for PC apps with the Mac App Store by making finding and buying PC apps easy and fun," Jobs said. 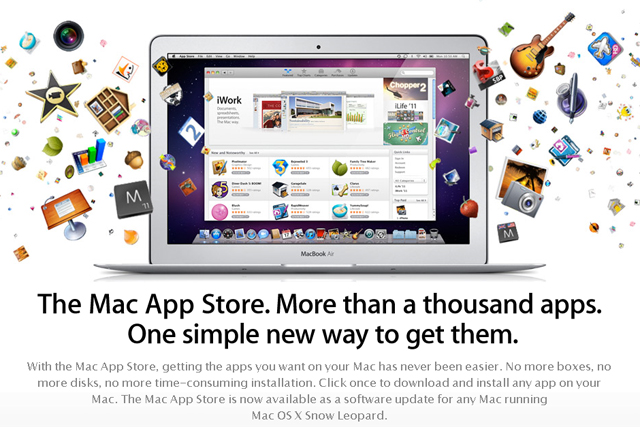 Meanwhile, Apple’s usual hysteria-inducing product launch strategy fell somewhat flat when observers expecting a launch of the iPhone 5 were underwhelmed with the reveal of an updated iPhone 4, the 4S.

A trademark filing and patent application fuelled rumours that Apple was gearing up to launch a smartwatch.

Reports suggested that Apple had had a team of around 100 designers working on a wristwatch-like device.

Also on the horizon — a rather bling addition to the iPhone’s normally sober palette. A gold variant of the iPhone 5s.

A series of press invitations to a "special event" on 9 September, got technophiles very excited, with many speculating that it would launch the iPhone 6 and its highly anticipated smartwatch. 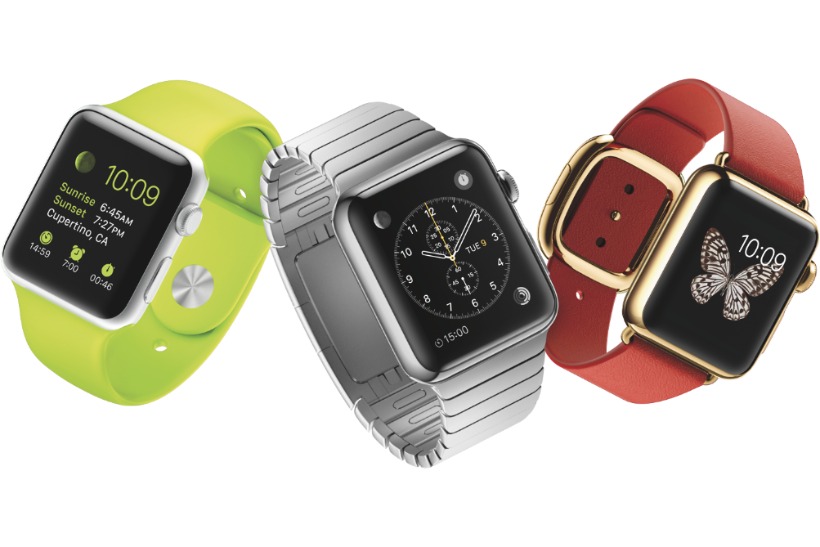 Those who were reserving a space on their wrists for Apple’s smartwatch were finally rewarded. In March 2015, Apple finally revealed its timepiece, the simply named Apple Watch. Campaign live-blogged the event.

Apple broke with its own conventions of the product launch when in March it revealed the smaller four-inch iPhone SE and a smaller iPad Pro, while new "woven nylon" straps for the Apple Watch were also unveiled, but no new Watch.

The last time Apple decided to try a ‘cheap’ iPhone, it came up with the iPhone 5C – the colourful four-inch device with lower tech specs. By Apple’s standards, the iPhone 5C didn’t do well. Cook acknowledged in 2014 that demand for the cheaper phone was "different than we thought".

Five of the best iPhone ads from the last decade

Ten years on: how the iPhone has changed the world of marketing as we know it

Google's Matt Brittin on tax, Brexit and the future of the internet