What do Peru, the Czech Republic and New Zealand all have in common? 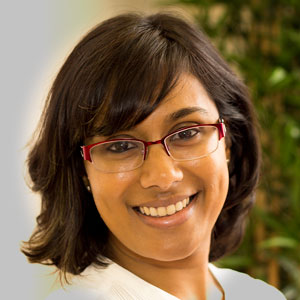 They are all poorer than Apple, now that the company has more than $205bn in cash.

During its quarterly results this week, Apple CEO Tim Cook crowed about how 2015 was the company’s "best year ever", with record revenue and profit.

He particularly highlighted the success of the iPhone, Apple Watch and the App Store in driving sales – though he didn’t actually tell us how many Apple Watches have been sold.

The iPhone 6s is pretty much a guaranteed success among Apple’s religious customer base, but that flies in the face of an ad campaign that suggests the brand now represents everything it once hated.

Think back to Apple’s classic 1984 campaign for the Mac. At the time, the company was less than 10 years old, trying to throw the hammer at a dominant IBM.

The ad is raw and unconventional, from a time when Apple was the underdog. Now it's the biggest company in the world - and it's lost that creative edge.

Take the latest ad for the iPhone 6s, in which US comedian Bill Hader falls for the Nigerian prince email scam.

Getting Bill Hader to star is the advertising equivalent of jazz hands – distract viewers with a popular enough name, and they won’t notice the holes in the concept - like Apple implying its users are idiots, or that Apple Mail doesn’t have an effective spam filter, or making junk email jokes that might have been edgy in 2000.

As one Reddit user puts it: "I get the joke, but this is not a great concept. Good humour should hold up under (light) scrutiny. A second look at the ad makes you question: Wait, Siri/iPhone isn't smart enough to know an obvious spam message? Does that mean I'm going to get a dozen alerts a day about spam? Won't that waste my time?"

The lazy use of celebrities continues with another iPhone 6s spot featuring basketball, a sport which, like Bill Hader, is a mystery to an international audience. This is a problem when international markets account for more than 60% of Apple’s sales.

Anyone who watched the Apple keynote last month might remember the Harry Potter-style moving pictures on the iPhone 6s. Otherwise, the ad’s just baffling.

The campaign’s saving grace is Jamie Foxx, who carries the creaking script with a humour and glamour lacking in the other ads.

Equally puzzling are Apple’s recent ads for the Apple Watch, including ‘Date’, ‘Kiss’ and ‘Skate’ among others.

The ads look like a visual reference to Apple’s famous iPod silhouette ads, which featured blacked out figures dancing to music from their iPods.

The same concept doesn’t work so well for Apple Watch, not least because the device doesn’t have a single, sexy purpose like the iPod and music.

Take ‘Kiss’. The idea is to show that an Apple Watch owner can dismiss notifications quickly and easily – in this case, Uber.

But the unintended takeaway is that technology interrupts, rather than enhances, life’s best moments. Also, there’s a plot hole. Swiping up on an Uber arrival notification won’t cancel the ride, it just means the poor driver’s waiting around outside. No five-star rating for you, young lady.

Not all of Apple’s recent advertising has been a creative disaster. Take the three TBWA\Chiat\Day Apple Watch ads, which place technology firmly in the background of relatable stories.

Interestingly, it’s these more human spots which are garnering more online shares. According to stats from Unruly, seen by Marketing, ‘Us’ ‘Up’ and ‘Rise’ are among the three most shared Apple Watch ads, along with the teaser demo released in March.

It’s not clear whether Apple will break permanently from storytelling in its ads, and Christmas will be the big test.  Its last two Christmas ads have been emotional, family-focused affairs with ‘The Song’ last year and ‘Misunderstood’ in 2013.

A quick scan of the Apple jobs site shows the company is hiring two senior copywriters for video – it looks like it needs them.

Tintin in the land of long-term planning

Marketing to the new dreamers: brands as public service providers

Your chance to win an Apple Watch!