Cosine, the winner in 2010, impressed judges with the number of new faces added to its senior management team in the past 12 months, including Chris Olivier, the company's group chief executive.

Judges also commented on the agency's level of innovation, with Cosine launching three new divisions, including Tangent, which offers recruitment and business insight, and an audit service.

These have resulted in an increase in revenue streams.

The agency recorded a double-digit percentage growth in turnover from 2010 to 2011 and expanded outside Europe, with the Chinese agency Sales Power joining the Cosine Group. The Chinese agency will be rebranded simply as Cosine in January.

In the past year Cosine's work has included Lindt sampling activity in Sainsbury's and an active selling campaign, also in Sainsbury's, for premium ready-meal product provider Charlie Bigham, which aimed to raise brand awareness. Work for the latter included encouraging first-trial of and repeat purchases with coupons. The campaign resulted in a steep uplift in sales.

Cosine has also invested in social media, launching a blog in July providing news and opinion for its customers, including expert views from the senior management team. Cosine's Twitter site also supports the industry comment posted on its blog.

Another strong performer was Gekko, shortlisted last year, which increased its turnover by 26%, from £6.4m to £8.1m in the past financial year.

This growth in turnover was attributed to the retention of existing client accounts including Epson, Freeview and Samsung, and new business wins, such as John Lewis and YouView.

The agency delivered training for John Lewis' broadband proposition in its stores and provided product training and merchandising within the retail channel to support the launch of YouView, the digital television platform.

Notable campaigns in 2012 for existing clients included an awareness-raising drive for Freeview, based on its high-definition (HD) proposition. 'The Summer of Sport' roadshow gained significant cut-through for the brand.

Gekko commissioned the build, booked the venues, and managed staff and logistics for the roadshow. A survey showed a 25% increase in spontaneous awareness of Freeview HD, with 89.1% of respondents saying they are much more favourable toward the product and 73% agreeing Freeview offered value for money. 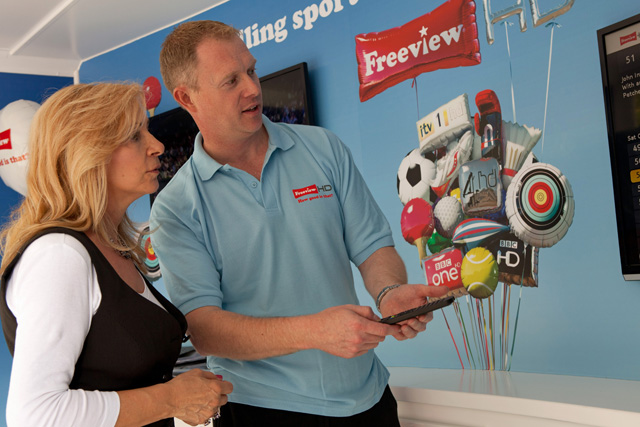 The agency also supported IT and communications provider Acer at the Olympic Park, co-managing its Experience Centre, with a dedicated team. This year it has placed significant emphasis on and made investment in the personal and professional development of its staff.

Its 'Fit for Gekko' programme is a training initiative aimed at enhancing staff skills and developing talent, with topics including account management and delivering effective presentations.

#aoty12: Digital Agency of the Year - Best of the Rest

#aoty12: Insight Agency of the Year - Best of the Rest

#aoty12: Experiential Agency of the Year - Best of the Rest