After losing five family members to cancer, the co-founder and CCO of the experiential agency uses endurance races to to help families and stay focused.

By the time the 32-year-old NA Collective co-founder and CCO gets to her Chelsea office, she’s been up since 4 a.m. on a 20-mile run. When her flight touches down for a conference, she already knows exactly how she’ll train in her hotel gym. As soon as she’s done doing almost anything, she’s finding a way to prep for her next endurance adventure.

This time, it’s a marathon in Antarctica.

She’s not doing it for herself though: she runs and paddleboards for the Flatwater Foundation, an Austin, Texas charity that supports families navigating a cancer diagnosis. It’s something that she, unfortunately, is all too familiar with: her father, aunt, two uncles, and grandfather all died of the disease.

"A cancer diagnosis doesn’t just affect that person, it affects everyone around them," Adin said. "Finding your flatwater"—a paddleboarding term for calm surfaces—"is the same thing. It’s about how a ripple or wave continues all the way to the shore." Since 2010, Adin has been balancing her career in advertising with races for the charity, the latest of which is the Antarctic Ice Marathon, which takes place on Nov. 24, a few hundred miles from the South Pole.

Adin got involved with Flatwater after her father’s death, when her friend Mark Garza invited her to go paddleboarding in Florida shortly after his own father’s cancer diagnosis. Adin, an athlete since childhood, said she was hooked from the moment they pushed off. "My dad always loved the water, and it was something we shared, so being on the water again in that capacity was a special moment." 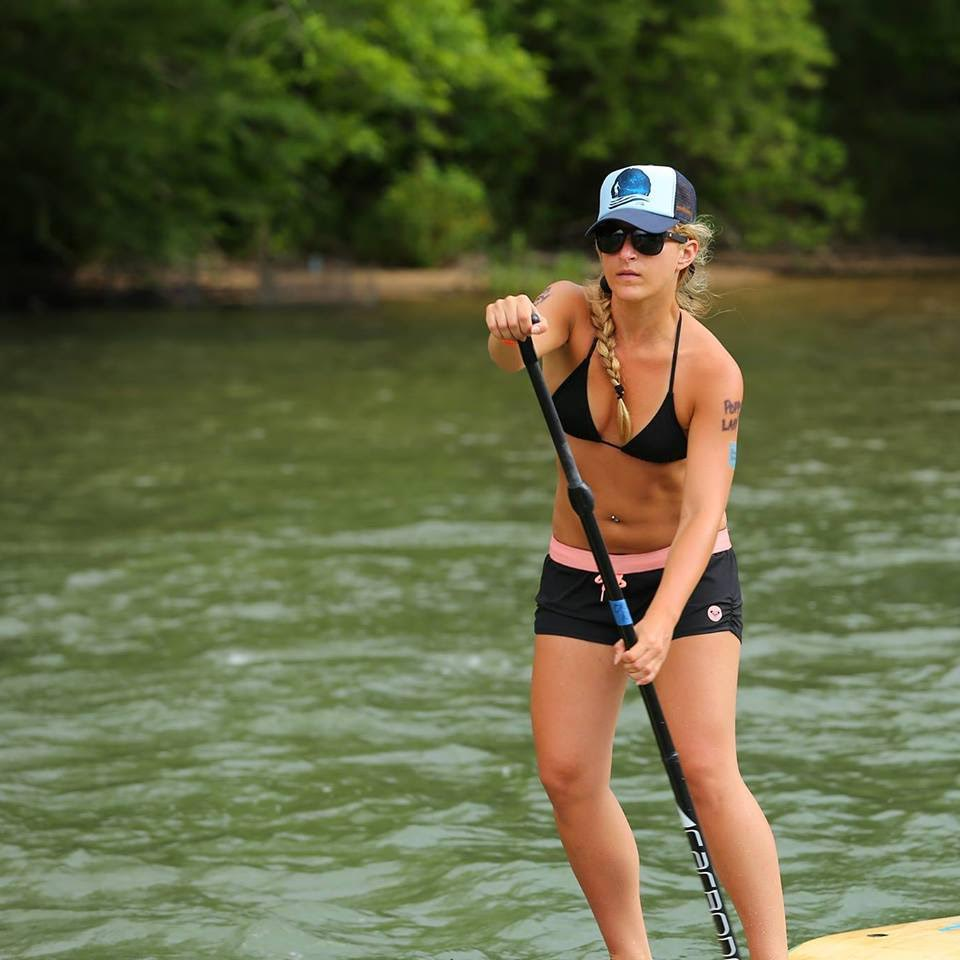 Soon after, Garza founded Flatwater to raise funds for mental health services for cancer patients and their families. Adin became involved immediately, participating in their inaugural race, a paddleboarding challenge spanning 21 miles of river between two Austin dams. Adin was still new to paddleboarding, but having grown up doing "almost every sport," the discipline gave her a familiar sense of focus. "I realized I could do [races] for myself and get mental clarity, but also raise money for the foundation," Adin said. (She now sits on the board of directors.)

It also helped her make the decision to leave behind a job she loved, as a producer at Mother New York, to start her own company. Both her parents were entrepreneurs, and while she’d long harbored an urge to follow the tradition, it took the grueling experience of family tragedy to finally push her to make the leap, she said. "After having been through losing multiple family members and executing my dad’s estate, starting my own company didn’t seem so scary anymore."

After a few false starts at other agencies—she says she "couldn’t find the right fit" post-Mother—she and Aaron Mason opened NA in January 2014, hoping to fill a gap they saw in blending experiential production with marketing. Their agency has since worked on projects for clients including SoundCloud, Microsoft, Twitter and Netflix. "Running your own agency is a roller coaster," she said. "But going out and running, training, is what allows me to do what I do and have a clear head when I’m doing it." As she eyes her shop’s fourth year, she’s careful not to forget how crucial her life outside the office has been to NA’s success. "Of course we want to grow, but we want to make sure we’re balanced and that our team can have balanced lives." 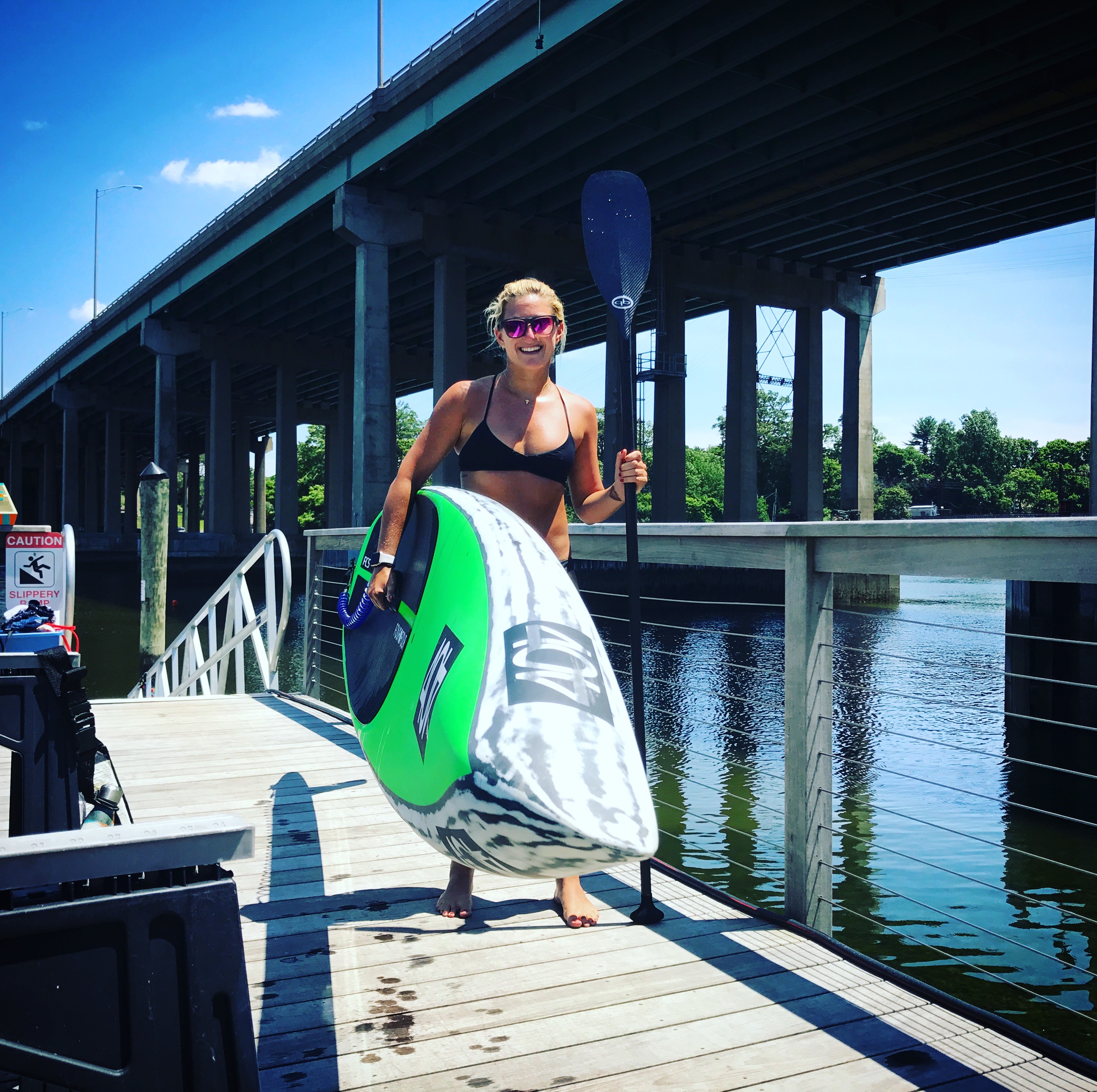 Because, as she pointed out, those balance points also help her team connect with clients. When NA worked with Under Armour, Adin brought her experiences as a runner to the table. For a hidden-camera prank execution for Tommy Hilfiger featuring the Chainsmokers, creative strategist Ben Amy used his longtime improv training to guide the project. Being out in the world like this helps keep the team fresh, Adin said. "If you’re all consumed in work, especially with experiential, we don’t have the perspective to know what the next big thing will be."

As she prepares for her own next big thing, a six- to eight-hour trek through freezing ice, she’s not so worried about the cold, she said—running winter marathons in Central Park has her prepared for that. It’s being separated from a support network that might be the biggest challenge. "I was cheering at the NYC marathon and had a moment where I realized that there won’t be anyone cheering me on. I may not even see another person for miles of my marathon," she said. "Those are the moments I’m scared of, but I do well on my own."

She’s never really alone in these pursuits, though, even when they seem impossible. "When I’m doing challenges for Flatwater, I’d rather they be hard," she said. "What my dad, my uncles, and my grandfather went through was not easy. So if it were easy, it wouldn’t mean as much.

Ahead of the curve: how to plan for the unpredictability of real-time moments

As the ACA deadline looms, Barton F. Graf enlists Paul Revere to get the word out