Bakers and animators laboured side-by-side for the new Great British Bake Off trailer, which includes 335 baked characters made with 500 eggs, 28kg of sugar and 50kg of flour.

Michael Please, one half of directing duo Parabella, and Bart Yates, executive producer of Blinkink, share how they pulled off this tasty-looking "bakemation" for Channel 4.

What was your brief for the ad?

MP: Our brief was to make a big joyful celebration of Bake Off and Britain in all its diversity, with a Channel 4 edge. It was clear from the outset that the whole ad should be baked, a bit weird, a bit lumpy, and a bit cheeky, with a strong undercurrent of playfulness.

What was your vision for it?

MP: We explored several structures – from a narrated history of baking, to a sung conversation between two baked goods (having caught a glimpse of their recipe) questioning the meaning of their existence. We wrote and recorded several songs and did dozens of animatics exploring completely different ideas before settling on the structure of the final film: a series of motifs exploring togetherness, strung by the Frog Song, culminating at one big, fat, over-the-top together-megatron-showstopper. 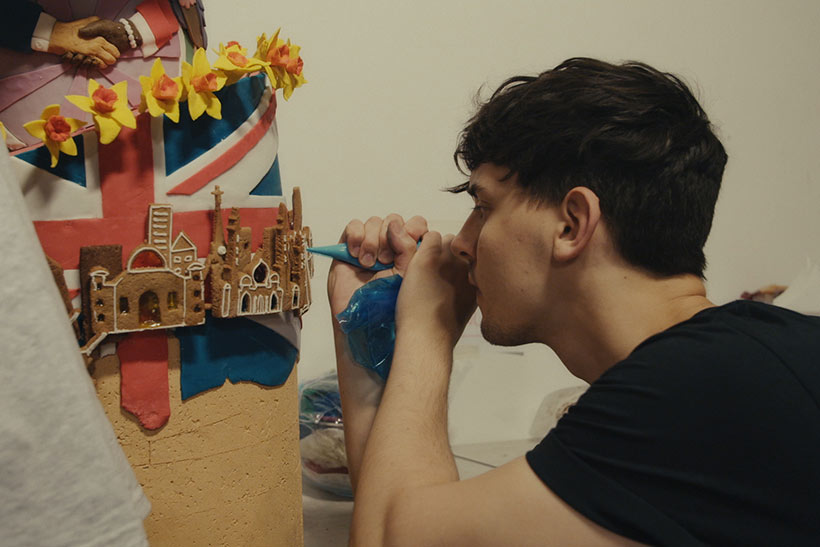 How did you make it happen?

BY: Lots of times when you do stuff in animation, there are tons of ways to cheat things to replicate reality – but very rarely do those things actually look tasty or real. Because we weren’t actually making a product, we had the freedom to experiment. Everything in the ad we figured out from scratch, through a process of trial and error. The animation team worked side by side with a team of artisan bakers.

We wanted to have the natural action of the baked goods going through the physical transformation of being baked, but then be able to control that in animation to give them a personality. 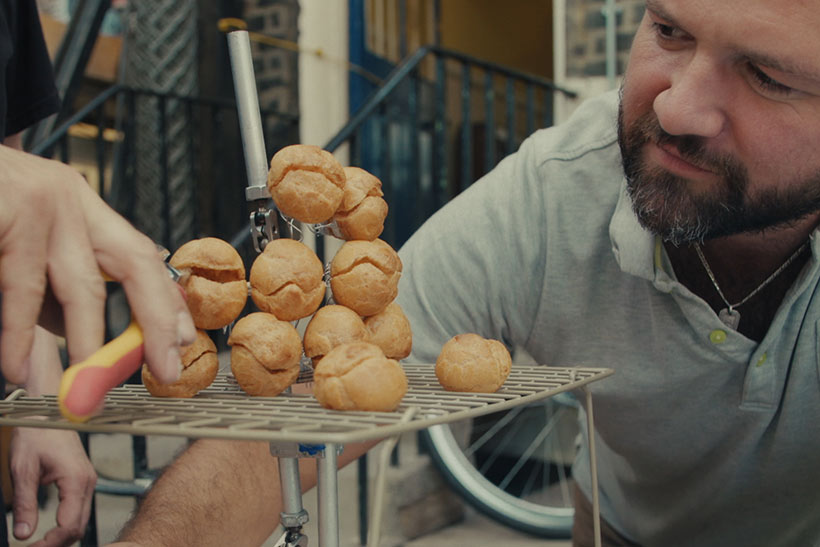 MP: "Bakemation" is untrodden ground. So we knew we had to dedicate a lot of R&D time up front. That meant transforming our stop-motion studio into an experimental lab / kitchen. A load of ovens and work tops, food specialists, a bunch of model makers, creatives, camera and SFX people all rubbing shoulders made for some good cookin’. From our animatic we had a specific shopping list of shots, but by messing around (and lots of great steers from the team at 4Creative) we came out with some very pleasing surprise results. A few of those early shots, like the doughy trio and bubble buddies, all came out of pure experimentation and play.

What were the biggest challenges?

MP: Authenticity was really important for us. We didn’t want to do anything on camera that we couldn’t actually do in the real world. That we had set this rule of doing everything for real meant that we couldn’t just shrug and say we’ll fix it with CGI. There are no clouds of sprinkles, or puffs of flour – all things that might have upped the spectacle but would have betrayed that there was digital interference. 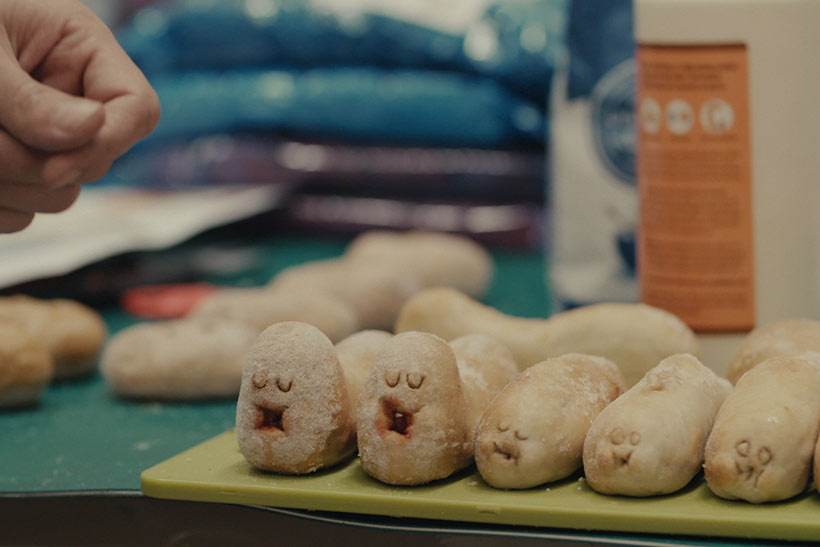 How long did it take to film?

MP: The bulk of production time was spent animaticing and refining the ideas, a good six weeks. Then the actual shoot was relatively quick, about seven days – seven veeeerrrryyyy long days.

Did anyone get to enjoy the baked goods in the ad?

BY: While it all looks delicious, none of it would actually taste delicious. Most of the baked characters were either made with glue or high levels of salt to preserve them.

By the end of the shoot, squirrels had discovered the workshop next to the animation studio, so in the morning when we got in the squirrels had raided it. 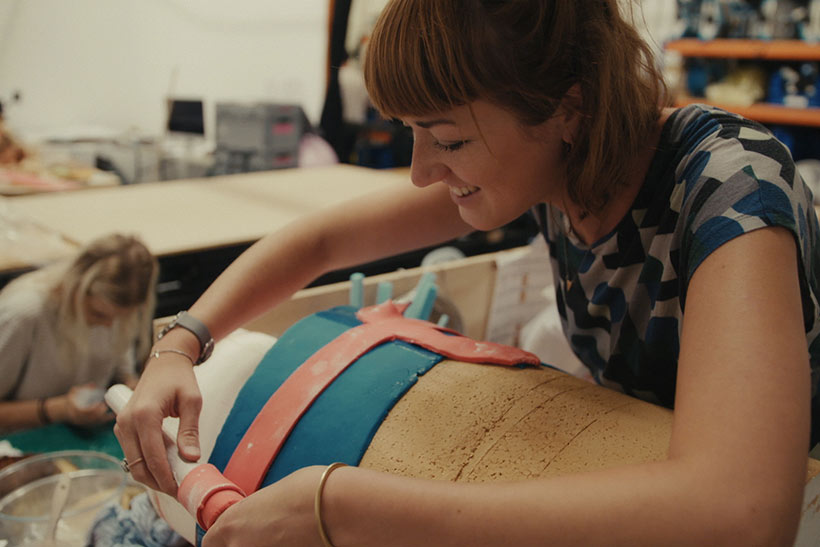 What was your most memorable moment from the shoot?

MP: What I love about stop motion is that you interact with the real world and all its infinite variables. Directing it can be a bit like setting up a line of dominos; you don’t 100% know what you’re going to get until you get it. You set up the working parts as best you can then stand at the back and shout, "go". You have a plan and then you get the final image, and most of the time those two things are pretty close.

There was a moment on the shoot, about 11 o’clock at night, when I snuck on set to see how the profiterole tower was coming along and I was absolutely blown away. Robin (our rigger) had built this structure that swayed and went up and down, attached to 30 crusty little things that sing and get decorated. In my mind this would be a neat, sweet, side-to-side bobbing up and down motion, but the shot was so much more. Tony (the animator) had transformed the tower into an incredible organic life form – a technicolour choir of molluscs, conjured from the deepest ocean. It made me appreciate that each member of this brilliant team had brought something unexpected. The infinite variables were nothing to do with physics or stop motion; it was just about working with other people and letting them do their thing.

Great British Bake Off launches with 6.5m viewers on Channel 4

Channel 4 "The Great British Bake Off trailer" by 4Creative