Even the ad industry needs advertising.

For more than 50 years, the International Andy Awards have celebrated creative boldness. To promote the 2015 edition, agency Wieden + Kennedy has juxtaposed other careers — you know, the easy stuff like rocket science and brain surgery — with the perils of working in advertising.

The campaign keeps its tongue firmly planted in cheek as people in the fields of bomb disposal, neurosurgery and rocketry explain how easy their job is compared to advertising. The goal of the campaign is to underscore creative courage and how it differs from other kinds of bravery. A representative of the campaign said the point is to "remind us that we’re in the business of marketing, not saving lives."

Three videos feature a firefighter, a bomb disposal agent and a neurosurgeon discussing bravery in creativity.

A firefighter laments the need to include hashtags and URLs near logos while also focusing on a multichannel campaign. A bomb-disposal agent in a battlefield finds the requirements of a buzzworthy campaign daunting, noting that only a "crazy maniac" would sign up for a job like that. And the neurosurgeon says he can’t imagine dealing with client pitches.

Rounding out the campaign is a series of display and social-media ads that feature people with tough jobs — like an astronaut whose day-to-day involves welding a satellite— shaking hands with ad legends, including Gerry Graf, Dan Wieden, Susan Hoffman and Jeff Benjamin.

According to Gina Grillo, president and CEO of the Andy Awards, "Caring about the work and approaching it with passion and bravery is what we want to see more of, and with that comes fame, glory and quite possibly an ANDY for your award shelf." 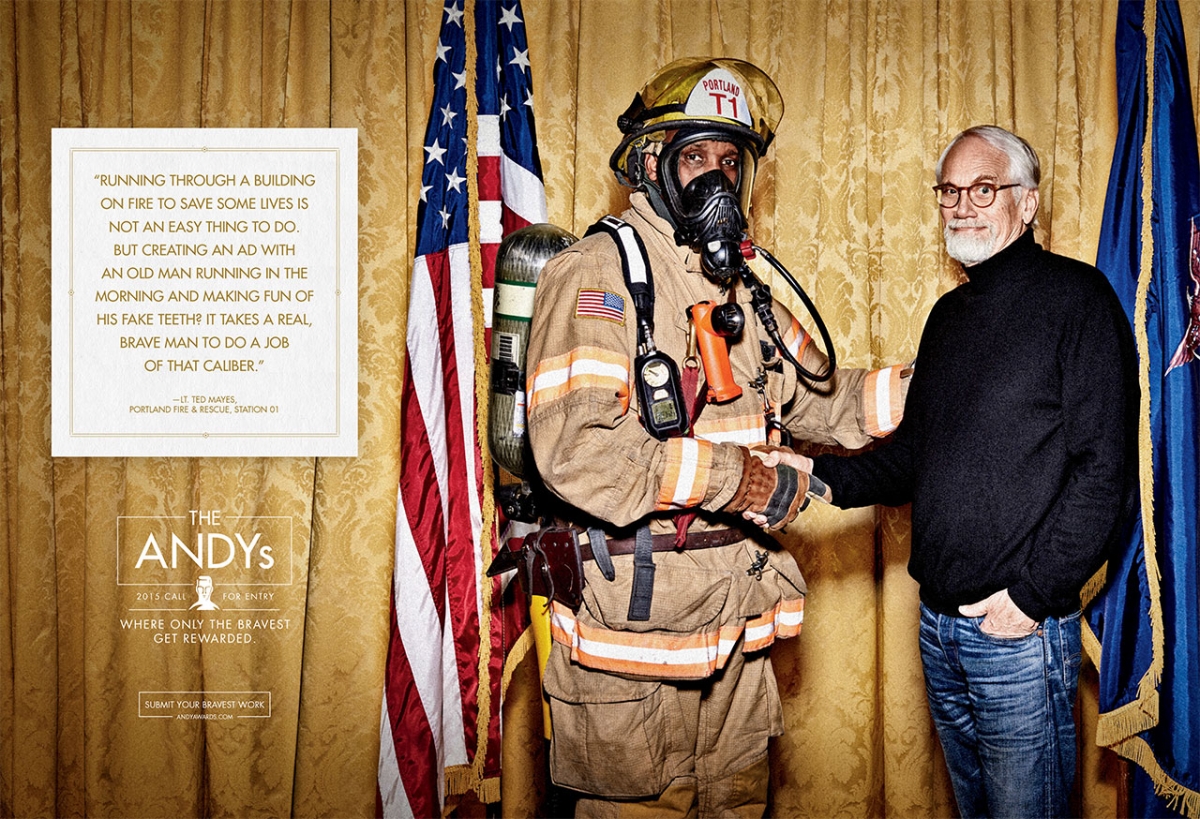 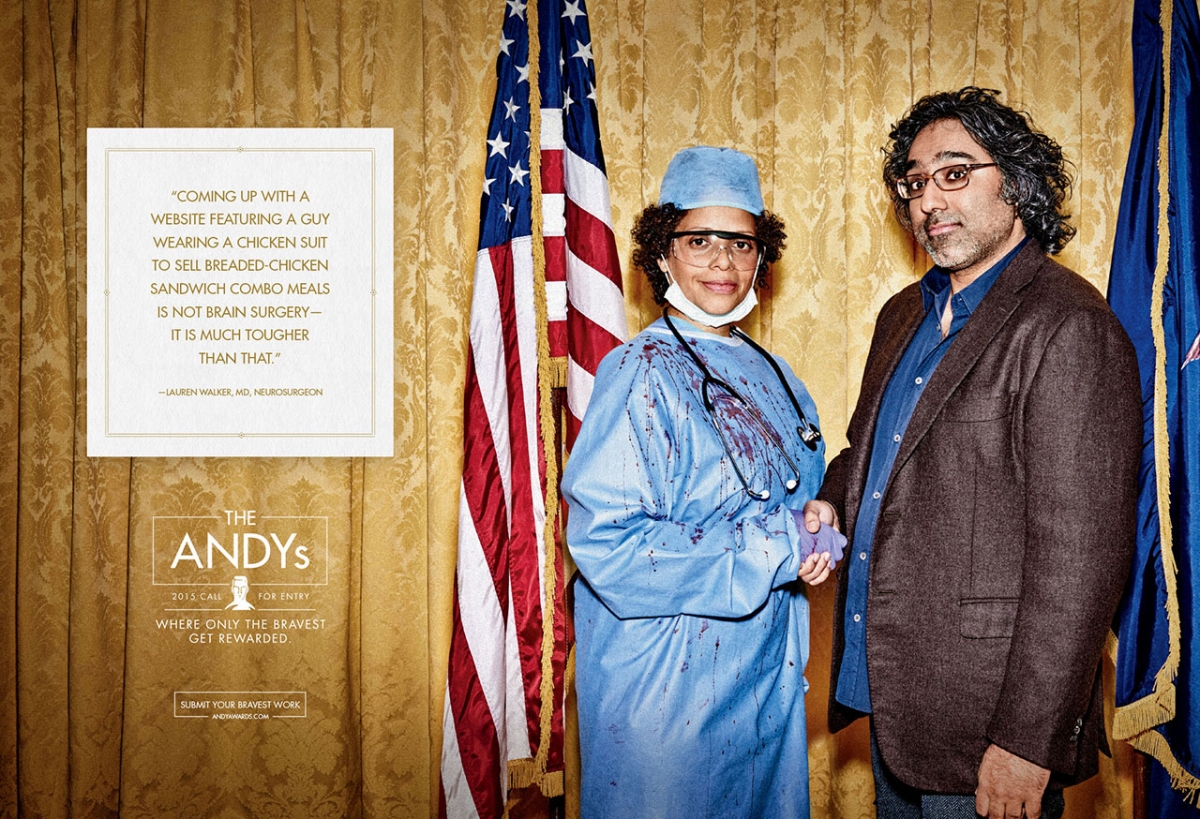 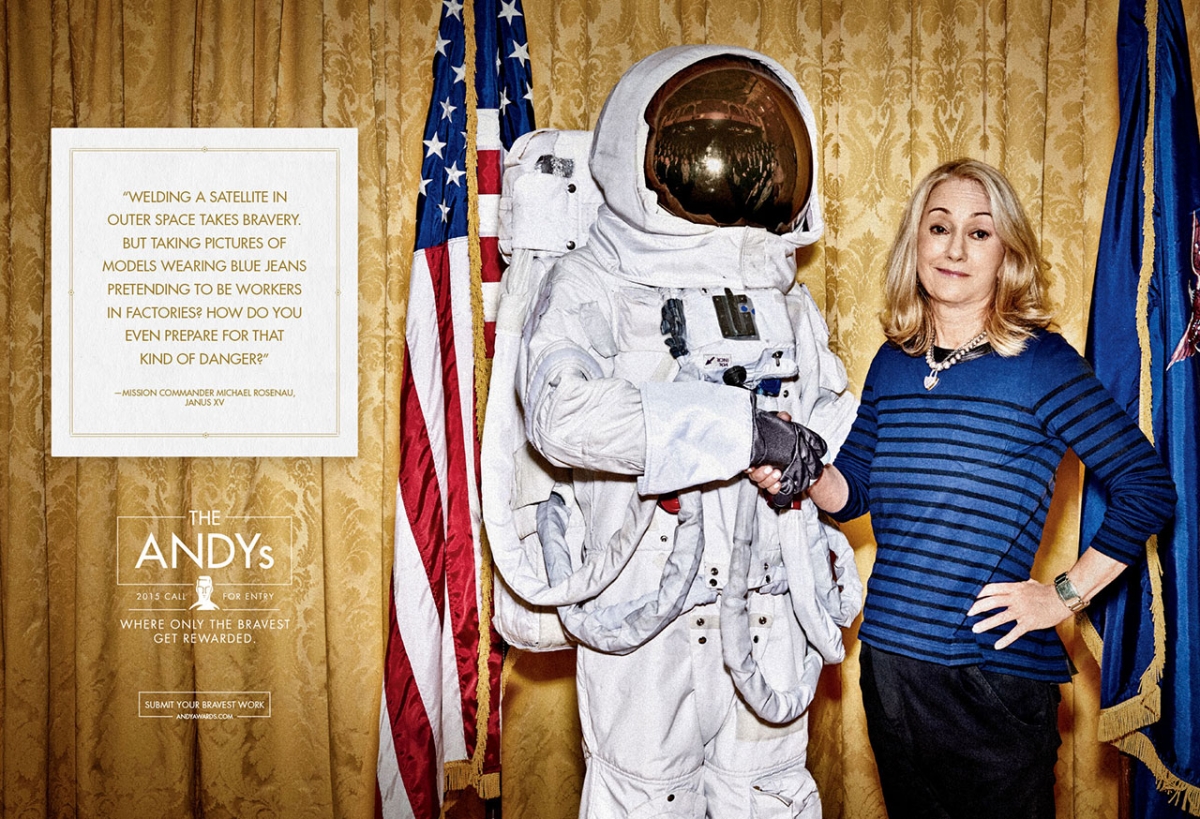