'We need to figure a way to have more young men to enter the business and stay in the business.'

Comb through the Association of National Advertisers’ (ANA) 2019 Diversity Report and you’ll unearth a line that might strike you as somewhat jarring.

"The industry needs to understand why more young men are not entering (or remaining) in the marketing industry, and respond accordingly."

According to new research published this week, the number of women in leadership marketing roles is "likely at an all time high." Around 52 percent of senior-level marketers are female, and women account for 47 percent of the industry’s CMOs, of member companies surveyed by the advertising organization.

Meanwhile, male CMOs are down from 55 percent to 53 percent compared to last year.

Among ANA overall membership, 68 percent are female and 32 percent are male. The rise in adland’s women has brought a new observation to light in this year’s report, says Bill Duggan, group EVP at the ANA: Men aren’t entering the business and remaining in it at a rate they once did and leadership should be asking why.

"The industry’s highly female and I would argue that gender equality means equal," he told Campaign US at the organization’s Multicultural Marketing & Diversity Conference in San Diego on Wednesday.

"Our industry now is about two thirds female. At the entry and mid-level roles in particular it’s highly female. So I think we potentially have a male problem, and we need to figure a way to have more young men to enter the business and stay in the business."

The EVP speculated that more of adland’s men are perhaps drifting into the more "attractive" tech landscape, taking jobs at the Googles and Facebooks of the world. 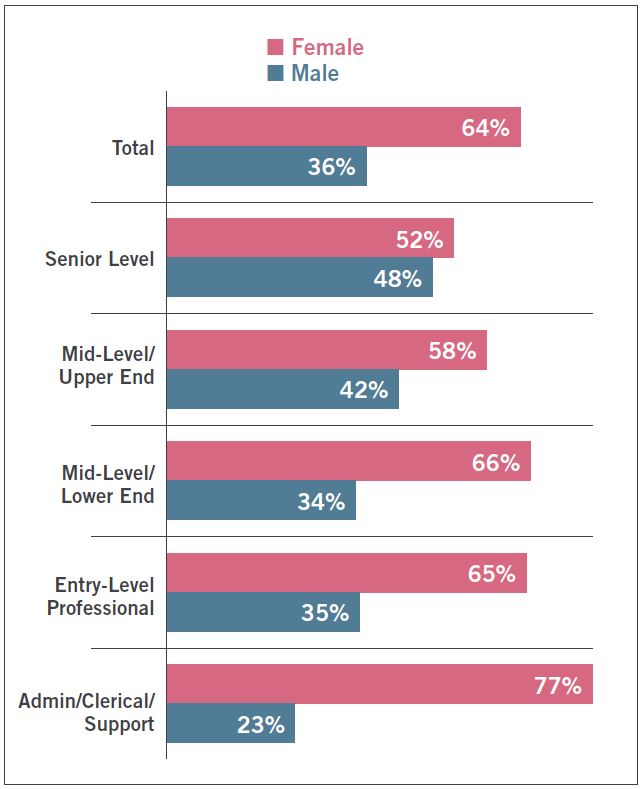 Duggan stated a majority of the entry-level professional and mid-level lower end roles are held by women. He wants that percentage to even out, but said: "One of my fears is that these numbers have increased since last year. The fact that this gap has widened even more between men and women should be a cause of concern."

Meanwhile, the latest multicultural report has put a microscope over the ANA’s own diversity efforts.

The organization has made some very encouraging progress with its board of directors gender quota, which currently sits at 23 women and 18 men. But ehtnic diversity is seriously wanting. This same group comprises 31 caucasions, 6 hispanics, two african-Americans and two asians.

"It has been somewhat challenging," said Duggan. "We’re constantly looking for board level candidates. They meet three times a year and every time there’s a discussion about how to increase diversity among the board."

A major hurdle the ANA contends with is CMO turnover. The board of directors team sheet has suffered from the role’s notoriously short tenure.

Duggan stressed his commitment to greater diversity within the ANA and adland at large, vowing to expand the 2020 report’s reach to better understand the industry’s multicultural challenges and how to facilitate tangible change.