Ford will oversee the company's advertising partnerships and key accounts.

Ford – or @fordkat – will run Twitter’s team that handles global advertising partnerships and key accounts. She succeeds Melissa Barnes, who now is managing director of Canada and Latin America at Twitter. 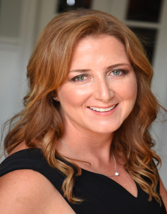 "Katie will be spearheading Twitter’s Global Brands Team, which drives our most significant partnerships around the world. Finding the right leader who can both support the strength of this team and help set it up for the next phase of growth and success requires a special leader, which is what we found in Katie," said Sarah Personette, VP of Twitter client solutions.

During her time at Amobee, Ford helped deliver two acquisitions within a year and a half, worked on the company’s brand identity re-launch and drove client growth.

Prior to Amobee, Ford spent 24 years at Publicis Media as president of client solutions, where she led accounts for the likes of P&G, Coca-Cola, Kellogg, USAA and more.

"I am thrilled to be joining the team at Twitter as Head of Global Brands, where I will have the pleasure of partnering with the world’s biggest brands that are driving innovation at a global scale," said Ford, "There has never been a more exciting time to join the company, and I am looking forward to continuing the momentum established by the team."

Publicis Groupe acquires Epsilon in its biggest ever deal

Peak media and a human argument for less