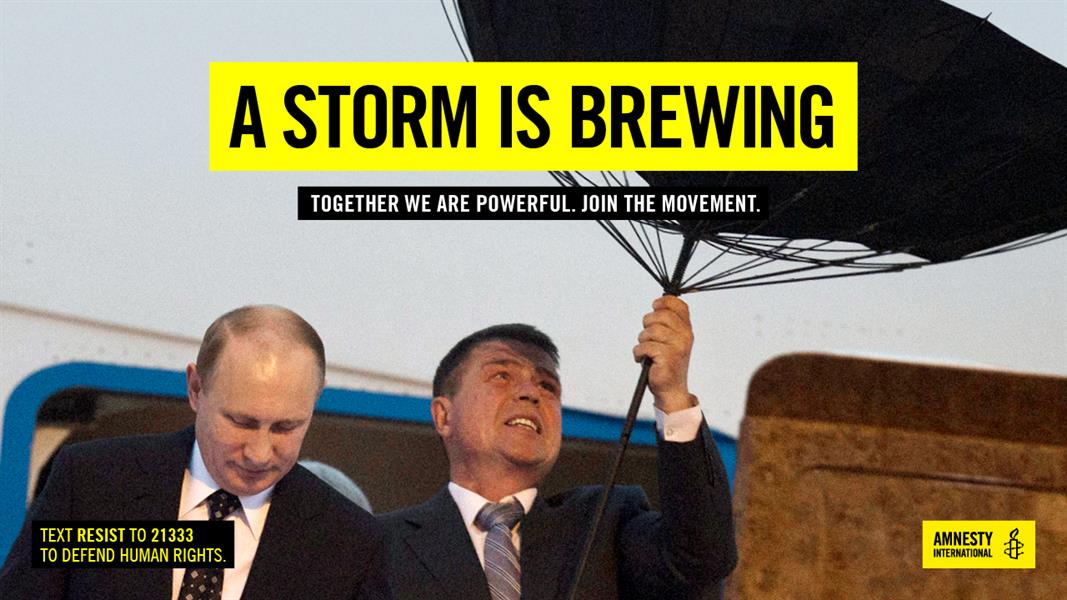 An ad campaign for Amnesty International's annual human rights report was rejected by DC transit authorities for being too political. So the series of images depicting world leaders being buffeted by high winds is running—er, driving—throughout the city, displayed on trucks that will visit popular city landmarks. The spots from Swedish agency Reform Act were intended to run for two weeks, but will instead make the rounds for two very visible days.

ACLU's new campaign for Dreamers uses Trump's own words against him