Many studies recently have focused on consumer purchasing and content consumption behaviors amid the COVID-19 crisis, but The Richards Group decided to take a different route with its research and tap into the emotional side of what American consumers are going through.

Last month, the agency launched its COVID-19 Emotions Study – conduced by its Quadratic team – which measures Americans’ emotions both quantitatively and qualitatively. The Richards Group also has been leveraging Glimpse, its propriety mobile ethnography tool created in-house that allows the shop to conduct research at a speed and scale never before possible with in-person ethnography.

"This tool enables us to go inside individuals’ homes, where they are adapting to new ways of working, learning, and playing. To date, we have captured video responses from about a dozen participants," said Kelly Piland and John Baker, brand planning directors at The Richards Group.

Since launching the study on March 23, The Richards Group has had three waves of reports. See below for some takeaways from the most recent surveys, which were fielded on April 6 and April 9.

- Many emotions, both positive and negative, were down compared to when the study started

- As many Americans have been sheltering in place for weeks, they’re adjusting to the realities of the situation, nerves are settling, and a bit of numbness may be creeping in

- People often mentioned feeling sad from stories of deaths and job losses, and they expressed concerns for people around the globe

- Many are afraid they or someone they know will become infected, leading to anxiety over everyday things like going to the grocery store

- There are significant differences in emotions felt by Hispanic, black, and white respondents

- Respondents with a household income over $75,000 reported an increase in positive emotions, perhaps driven by global news of cities returning to normal and a bump in the stock market

- Parents have significantly higher incidences of emotions than non-parents

The following charts give a more detailed look at some of the most recent findings. 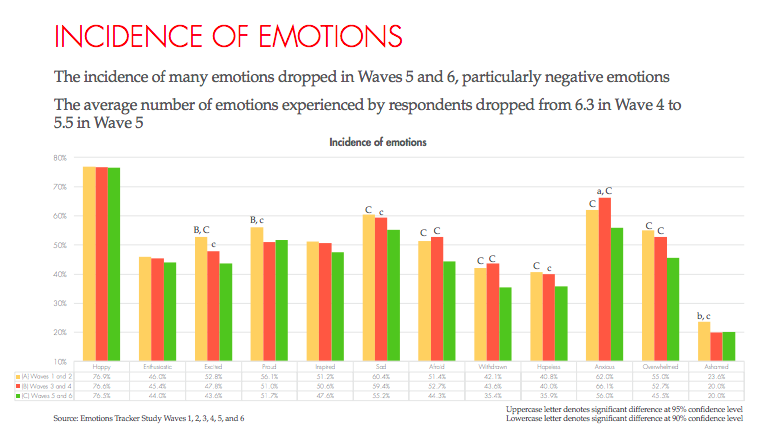 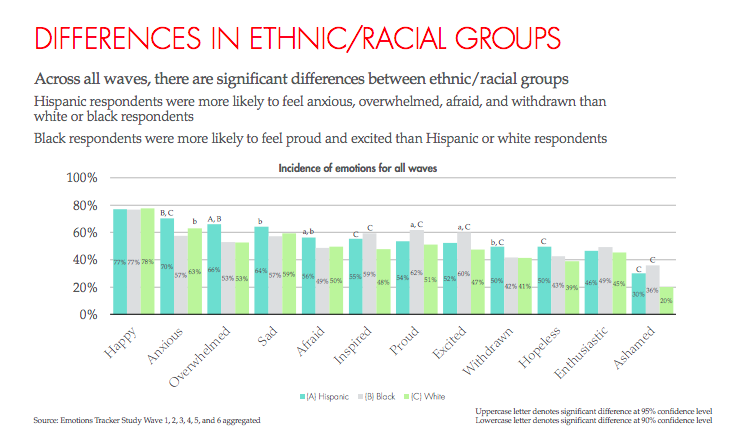 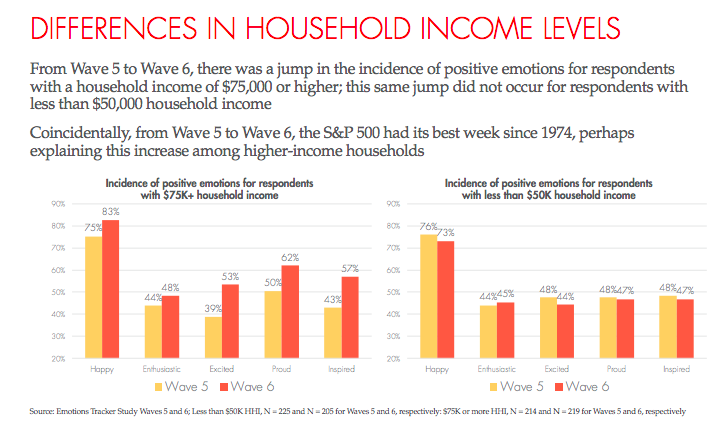 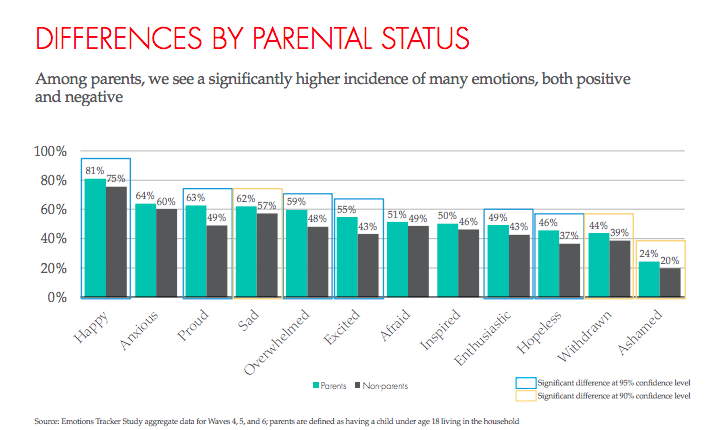 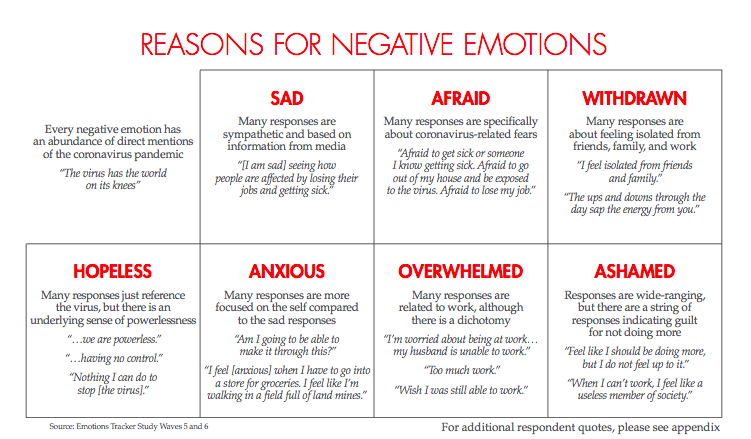 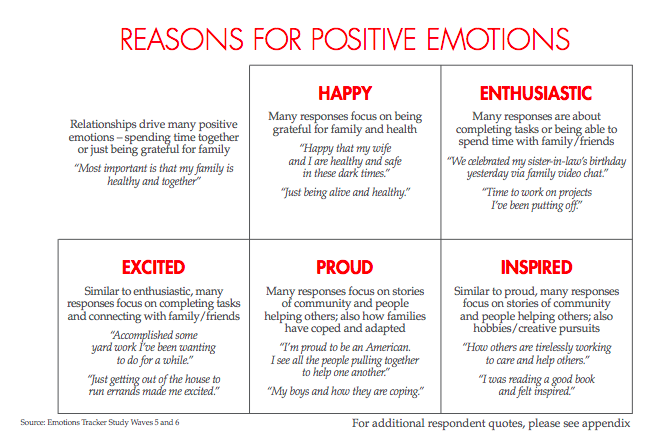 The new frontiers of inclusion